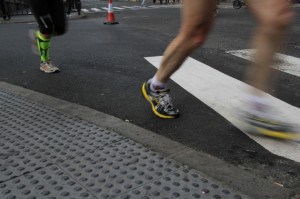 Many of us are avid runners who enjoy distance running and may even do fairly well from time to time. Few people ever reach the heights of running by becoming elite runners, competing with the best of the best. For elite runners, there are some races that provide the toughest competition and the biggest crowds. They have the largest and most prestigious prizes, along with the recognition of being a champion. The most famous competitions for elite runners is the World Marathon Majors.

The World Marathon Majors is a competition for marathon runners. It is comprised of six annual races in cities around the world. The events take place in Tokyo, New York City, Berlin, London, Chicago, and Boston, and they span a two-year calendar as elite athletes compete for the championship.

Points are awarded to athletes who finish in any of the top five spots in any of the six races. The point system dictates that first place gets 25 points, second gets 15, third is 10, fourth is 5, and fifth place receives 1 point. As the races happen, points are tallied for the winners and fans follow the journey of the finishers, waiting anxiously to see the outcome of the next race. Runners will often be close to others as their points are added, making the final race a possibility for one of several runners.

The final winners—a man and woman who end with the most points—each win $500,000. This million dollar pot of prize money certainly adds to the prestige of winning.

The races each promise large crowds, support from the city, and their own unique atmospheres, but being part of the World Marathon Majors elevates the race even further. One of the factors that adds to the popularity of the Majors as a whole is that these races are some of the largest in overall participation. Thousands of runners can share the awesome experiences, running the same steps as the majors. In addition to this, the Majors don’t belong to one country. It’s an international series, bringing in various people, cultures, and backgrounds.

The drawing power and impact of the Majors can’t be understated. The series garners “more than 5 million on-course spectators, more than 250 million television viewers, 300,000 applicants and 150,000 participants. It also raises more than $80 million for charity worldwide and generates an economic impact of more than $400 million.” Now those are numbers!

Like every year the results announced in November for the 2012/2013 year were pretty exciting. From the World Marathon Majors site:

“The 2012-2013 World Marathon Majors (WMM) Series title came down to the streets of New York City at today’s running of the 43rd ING New York City Marathon. At the Series finale, the $1 million prize was still up for grabs among four race day competitors. After a pair of masterful performances that culminated at the finish line in Central Park, Ethiopia’s Tsegaye Kebede and Kenya’s Priscah Jeptoo were crowned champions of the 2012-2013 WMM Series, staking their claim as the top marathon runners in the world. For Kebede’s part, with his second-place finish today, he became the first man to score points in three World Marathon Majors races in the same calendar year.”

Another exciting event in the recent World Marathon Majors was when “Wilson Kipsang (Kenya) smashed the Men’s World Record as he won the Men’s race at the BMW Berlin Marathon,” beating the previous record by fifteen seconds. Patrick Makau had set the record in 2011, also in Berlin, that held until September 2013 when Kipsang broke it. 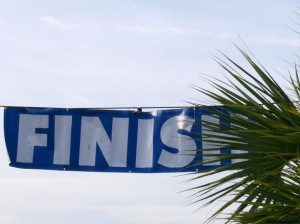 With the point system allowing for a possible tie in any year, there are a few steps to follow for a tie-breaker. Implemented from the 2009-2010 race, the tie-breakers are:

Though the system is clearly defined, other aspects of the Majors are still evolving as the years pass, like the relatively recent addition of Tokyo to the series. Other changes have been instituted as well.

The races have been known for taking a stance against doping, and another step in the evolution of the series is that they recently increased penalties for runners who’ve violated the rules.

“New provisions will include the right for the events to suspend payment and to demand repayment of prize money, appearances fees, and performance bonuses for any athlete found in violation of a criminal offense involving drugs, anti-doping rules, or if for any other reason the athlete’s result has been nullified by a relevant governing body.” —IAAF.org

The World Marathon Majors is one of those things so epic that it’s hard to say anything more about it. I can’t even imagine competing for it, let alone how incredible it must be for the winners. I think the real story is what the Majors will become, who the winners will be, and how the records will be set and broken. Seeing the addition of Tokyo recently, I am curious if there will be any additions of either cities in the coming years. As of now, Kenyan distance runner Samuel Wanjiru is the only male athlete to have won the majors more than once. Will there be other runners in the future who will dominate with several wins? We’ll just have to see how the race will change, but no matter what, the World Marathon Majors will continue to be the fiercest marathon competition in the world.