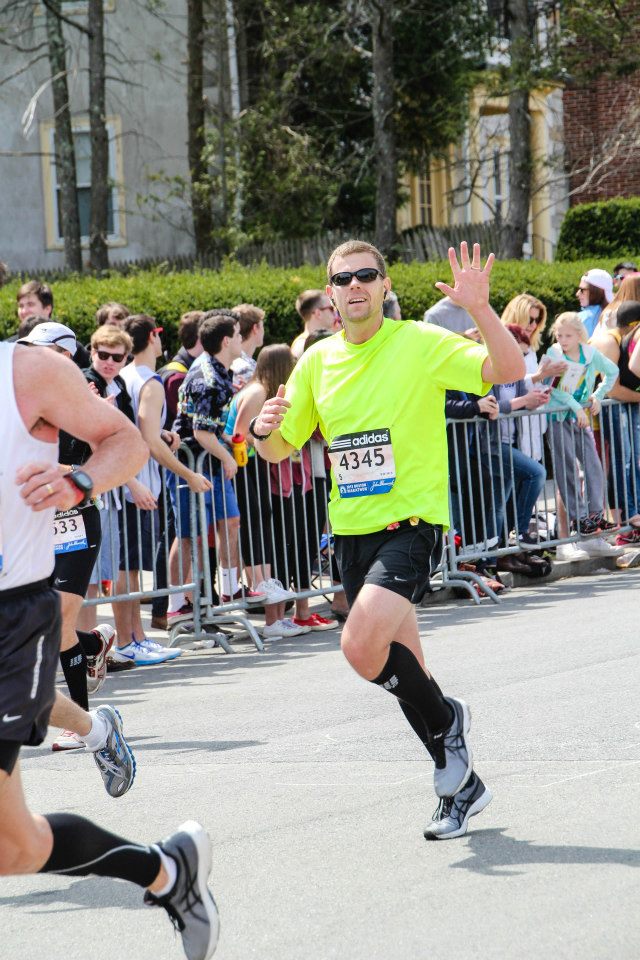 My name is Stephen and I am a runner.  Throughout our lives we are all known by many different identities whether they be personal or professional each of us hold a multitude of such identities.  I can honestly say that the times in my life that I have identified myself as a runner have been some of the most fulfilling.  That is not to say that being a runner is the most important or even the most rewarding role in my life.  Certainly my very meager running accomplishments in no way measure up to the other responsibilities I hold.  Rather, I have found that running is a microcosm of all those other roles and by persevering through the sorrows and joys, trials and achievements, failures and success associated with running in some way brings a structure and perspective to all of those other roles we play.

So what other roles to I play?  First and foremost I am a husband to a wonderful woman and a father to 4 beautiful children.  I am a college graduate having graduated from the University of Tennessee and later the University of Virginia with degrees in Mechanical Engineering.  I currently work in the commercial power industry and have found my career to be very rewarding.

As for being a runner, I am far from elite.  Heck, I not sure I would even classify myself as good.  I am your typical guy who tries to balance the responsibilities of a career and a family all while trying to find some way to keep himself from sitting on the couch eating Doritos and watching syndicated reruns.  Nonetheless, I have found that running helps me to be as successful as I can be in all of those other areas of my life.

I have not always been a runner – far from it.  In fact, I have what can best be classified as two running “careers”.  One “career” was in my youth but perhaps the more meaningful “career” did not start until well into adulthood.  After enjoying the fine southern cooking that living in the state of Virginia has to offer, the scale encouraged me to find running shoes and hit the roads.

I very much enjoy the benefits of what running has to offer because it helps me to achieve my goals, whether that goal be weight loss or whether it’s more competitive, running allows you to make it into whatever you want it to be and in return, running will make you into whatever you want to be.  That is what I love about running – it allows you establish consistency, break through doubt, and most importantly set your own definition of success and achieve it.

So what are my running goals, like it does for many of you they continue to change as I realize previous goals and am exposed to new opportunities.  This year is no different and you can see what my current goals are right here:  See My Goals

What I hope you find at RunnersGoal.com is a supportive community that helps you to set you own running goals and provides you the tools and support that you need to achieve those goals.