Being sporty and training at a moderate pace is generally associated with having fewer bouts of the flu.

Runners’ flu usually happens right after, or right before, a big race. It’s believed that the immune system becomes suppressed following all the physical and mental stress.

It comes with varying symptoms from slight to severe.

Runners often wonder whether they could train while having signs of runners flu. Here’s what you should consider.

You might join an important race while having some symptoms if:

Choose rest over regular training, or racing, if:

Despite the intensity of the symptoms, it’s best to rest, eat well, take some meds, and sleep it off.

Races will happen again when you’re well, and training will still be there next week.

The following is your detailed guide on how to detect, manage, and prevent runners’ flu.

What Are the Signs and Symptoms of Runners Flu?

Should You Run While Having a Flu?

What to Do if You Get Runners Flu?

How to Prevent Runners Flu?

The odd phenomenon of elite athletes coming down with the flu before or after a race was first observed a couple of decades ago.

Heavy training and prep for a race often end up with these symptoms.

Similarly, running a marathon poses a huge burden on the body.

Runners are subject to a grueling training program before the event, then go through an extreme challenge.

Additionally, many runners suffer various injuries and inflammation. This activates a heavy release of cortisol.

It’s not a big surprise then that their immune system becomes compromised for a while.

What Are the Signs and Symptoms of Runners Flu?

Runners flu has a lot in common with the seasonal flu, common cold, and allergy. The main difference is the timing.

If the onset is right after intense training or a sports event, then it’s most probably a runners’ flu.

Here are some of the usual signs of runners flu.

The symptoms don’t have to occur at the same time or present with maximum severity.

Sometimes, athletes just feel ‘off’ or ‘out of it’ for a few hours, then snap out of the funk a few hours later.

Regardless of the symptoms’ severity, it’s always wise to stay vigilant, rest, and contact your physician early on.

Should You Run While Having a Flu?

There’s a popular ‘check point’ that athletes use to see whether they can go on training or join a marathon. It’s known as the neck rule.

Simply put, it states that if your symptoms are above the neck, so you good to go. Join the run and resume training.

On the other hand, if the symptoms are below the neck, then you should call it a day, and take some time off. By all means, just rest and cover.

Thus, according to that neck rule, having snuffles, sneezing, a headache, or an itchy throat aren’t real barriers to joining a race. An achy body, fever, or coughing are.

However, it’s imperative to understand that what might start with the snuffles, could quickly escalate into bad flu.

The extra burden on the body is bound to affect the runner’s immunity, and that could exacerbate their condition.

There’s a reason why people need to rest when they get the first signs of sickness. The bottom line here is, to ask your doctor, and err on the side of caution.

It’s best to recover from a light bout of runners flu than a serious one.

What to Do if You Get Runners Flu?

Managing runners’ flu is quite similar to managing the common cold or seasonal flu. Here’s what you should do. 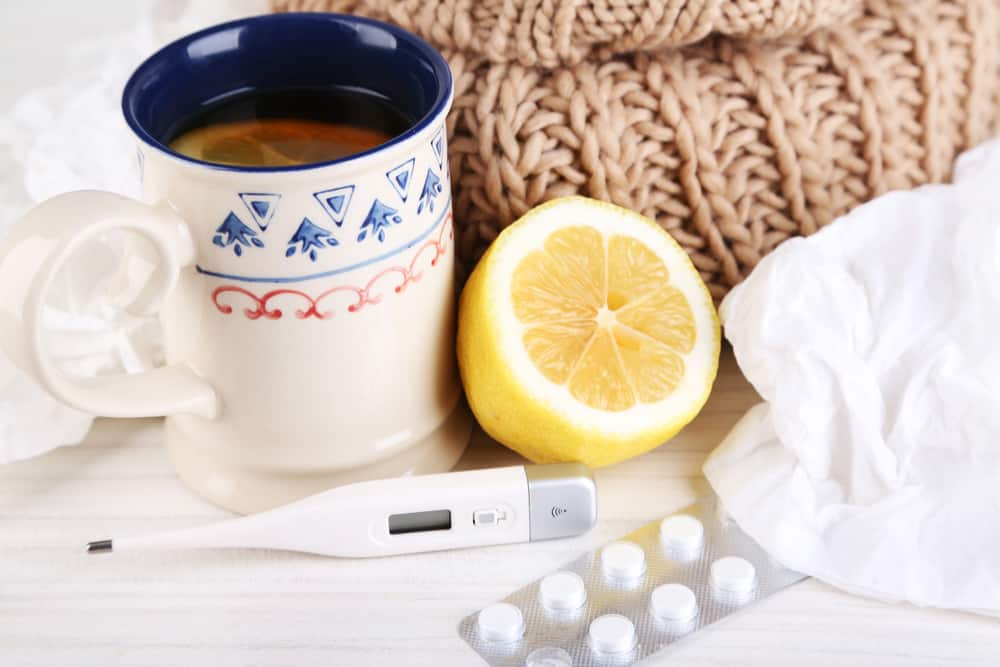 How to Prevent Runners Flu?

An ounce of prevention is better than a pound of cure! That cliche never goes out of fashion—for a good reason!

Here’s what you can do to avoid getting runners’ flu.

Regular working out is known to decrease catching a cold by 60-90%. However, it was observed that elite athletes show a different response when it comes to upper respiratory infections.

They get sick more often, especially before or after a big run.

Runners flu is a condition that often presents as the common cold or an allergy. It’s caused by strenuous exercise that suppresses the immune system and leaves it susceptible to infection.

The symptoms can be easy or harsh, but they often last from a few hours to a few days.

If you get a runners’ flu, rest and take good care of yourself.

You might also want to skip a run. And of course, it’s best to focus on prevention, whether you’re training for a marathon or recovering from one.