In the world of running shoes, two brands reign supreme: Nike and Brooks. They both excel in performance, style, and durability, plus they sell a great variety of shoes for specific running activities.

But this begs the question: Nike vs Brooks running shoes: which brand should you actually get? Is one worth more than the other?

In this article, we compare Nike and Brooks in terms of shoe construction, performance, durability, and even price to help you decide which brand to purchase.

Nike is an American multinational corporation that manufactures an array of products, including footwear, sports equipment, apparel, accessories, and more.

It’s the largest footwear company in the world, even larger than Adidas. It’s also the biggest supplier of athletic shoes worldwide.

Dubbed by some as the “King of Sports Shoes,” Nike has dominated the world of sports footwear ever since its inception in 1964 when it was called Blue Ribbon Sports.

It officially took on the name “Nike” in 1971, after the Greek goddess of victory.

As a multi-billion dollar company, Nike has its fair share of success stories and controversies.

Listing them all would take forever, so we’ll stick to what you need to know to help in this comparison guide—like its impact on the environment.

Nike prides itself on its good environmental record. It uses eco-friendly and recycled materials in its products.

The company has also set a science-based target to reduce greenhouse gas emissions to 65% by 2030 and net zero by 2050.

Still, Nike still has a long way to go if it truly wants to become an environment-friendly company.

For one, Nike uses leather, down, wool, and exotic animal skin and hair in some of its products. The company also hasn’t set clear intentions with its approach to pesticides and herbicides on cotton crops. 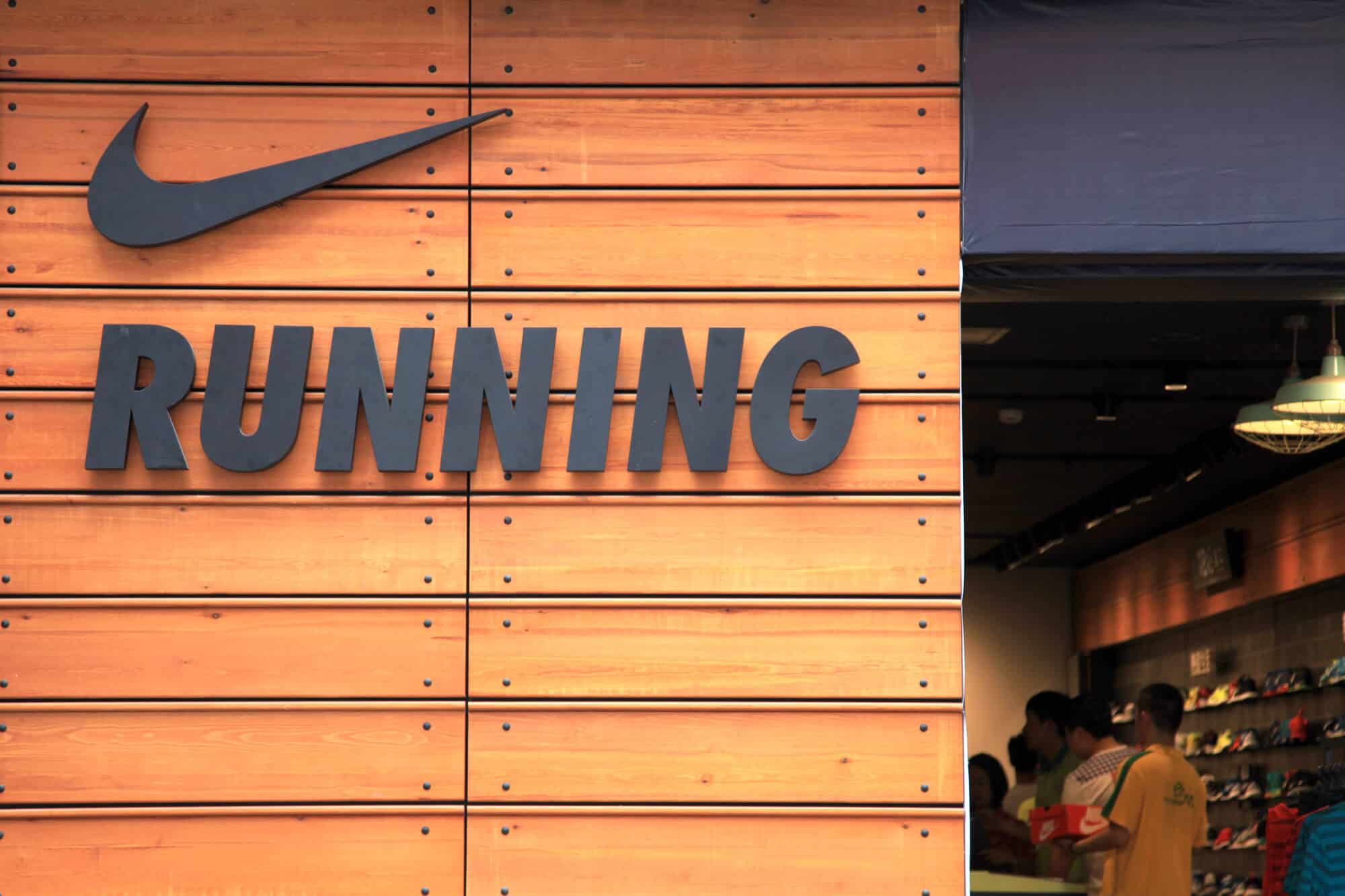 Overall though, Nike seems to be on the right path to environmental sustainability. But if you’re a hardcore environmentalist, you may want to steer clear of Nike’s products—at least for now.

Unlike Nike, which specializes in all things sports-related, Brooks makes apparel and shoes exclusively for running.

This singular focus helped Brooks dominate the running community. Limiting the target market allowed the company to dedicate a significant amount of time and research into manufacturing the best running shoes a runner could get their hands on.

Environment-wise, Brooks has implemented environmentally conscious practices into its manufacturing and business approaches.

The company uses recycled materials “whenever possible,” and is committed to reducing its carbon emissions by 2040 to net zero.

It also uses High-Performance Rubber Green (HPR Green) outsoles made from sand rather than petroleum in some of its products.

Unlike Nike, Brooks doesn’t use wool, angora, fur, down, or exotic animal skin in its products. It still uses leather, but not as much as Nike. Most of its leather products are vegan friendly, too.

To further prove its commitment to the environment, Brooks cut water and energy usage by 75% in its Seattle headquarters in 2016. As a result, it was dubbed “one of the greenest buildings in the world.”

Nike vs Brooks Running Shoes: Which Brand Should You Get?

Nike and Brooks are two of the most notable brands in the running world. They both produce top-quality running shoes and equipment, so you can’t go wrong with either.

But if you had to choose just one brand, which one should you get? Let’s find out!

Running shoes have three main parts: the upper, the midsole, and the outsole. Nike and Brooks have different approaches to these specifications.

Upper refers to the part that covers the foot above the sole. It consists of the linings, the vamp (front of the shoe), and the quarters (sides and back of the shoe).

According to Brooks, it uses engineered mesh and a technology called 3D Fit Print in its uppers.

Fit Knit, on the other hand, uses screen-print technology to properly maintain shoe structure with increased flexibility, versatility, and lighter weight with an adequate amount of stretch.

On the other hand, Nike utilizes Dynamic Fit, Flywire, and Flyprint technology with its uppers.

Dynamic Fit eliminates the space between the foot and the shoe with the help of ultra-soft cushioning, thus improving the footwear’s overall comfort.

Flywire minimizes weight and maximizes support, wrapping around the midfoot and the arch to create a sock-like feel.

It provides excellent air circulation and a decent amount of stretch and support.

The Nike Flyprint technology is similar to Brooks’ 3D Fit Print technology. It creates uppers by capturing athlete data and translating it into the shoe.

This guarantees the highest-fidelity design possible in a shoe, allowing users to run in unprecedented precision.

Without them, running shoes will be extremely uncomfortable and unpleasant to wear.

Nike vs Brooks Running Shoes: both have brilliant midsole technology.

Brooks, for instance, uses a technology called Brooks DNA that automatically adapts to the force applied to the midsoles. It also accounts for the runner’s stride, speed, and weight.

Out of the four, DNA LOFT is Brooks’ softest midsole cushioning. It’s made up of a combination of rubber, EVA foam, and air.

Ever since the Nike Air Tailwind was introduced in 1979—the first running shoe to feature actual cushioning inserts—Nike has steered the midsole technology in a whole new direction.

And for the better part of its history, Nike has produced some of the most comfortable running shoes in the world.

Today, Nike’s midsoles are made with ZoomX foam, a material traditionally used in aerospace innovation. It’s softer, lighter, and much more responsive than the old Nike foam.

Plus, it maximizes speed by delivering greater energy returns!

The technology was so effective that it raised questions among the running community, stating that it may contribute to broken marathon world records.

The World Athletics had to chime in and implement the ban of modified versions of the shoe, as well as restrict midsole thickness to only 40mm.

The outsole is the hard material located on the bottom of the shoe. It provides traction, protects the foot from hard surfaces, and increases the overall durability of the shoe.

Outsoles are made from an array of materials, including rubber, leather, polyurethane, and other synthetic materials.

Nike’s outsoles are made from closed-cell “blown” rubber foam, which features segmented and flexed grooves. These groves are expertly placed to mimic the natural curve and movement of the foot.

It also uses a Podular Technology for a more comfortable and flexible bending of the forefoot. It likewise increases the cushioning and responsiveness of the shoe overall.

Brooks and Nike have performance shoes fit for every type of runner. They have road shoes, racing shoes, treadmill shoes, trail shoes, and much more. They also have shoes specifically designed for men’s and women’s feet.

Brooks is known for high-quality stability shoes with their comfortable, pillowy cushioning.

They’re also a fantastic choice for podiatric patients with overpronation and supination.

On the other hand, Nike excels in fast, light performance shoes designed for athletes and serious runners. They use innovative technologies to bring out the best in footwear.

To say that one is better than the other in terms of performance is a near-impossible task, especially because they have multiple product lines to choose from.

It really depends on your personal preference, the type of running you do, and the distance you tend to run.

When it comes to footwear durability, Nike and Brooks are at the top of the game. They’re both designed to withstand wear and tear for as long as possible.

Like most running shoes, Nike and Brooks can withstand up to 500 miles until a replacement is required.

Brooks is slightly more durable than Nike because the manufacturers sweat over every little detail to make it as “perfect” for a runner as possible.

Nike specializes in a wide variety of sporting activities, and while that gives it the edge in the competition, it also makes the company a “Jack of all trades, master of none.”

Nike’s running shoes are brilliant, don’t get us wrong, but they’re not quite as sophisticated as Brooks in terms of durability.

Nike vs Brooks Running Shoes: Both brands cater to the general public, so their prices are more or less the same depending on the brand and shoe type.

Running shoes geared towards professionals and athletes are much more expensive than regular running shoes, costing upwards of $350 apiece.

As the world-leading manufacturer of sports shoes, it’s no surprise that Nike makes more affordable footwear than Brooks.

The company produces thousands of shoes every day to satisfy the global demand, so they can afford to cut prices every now and then. 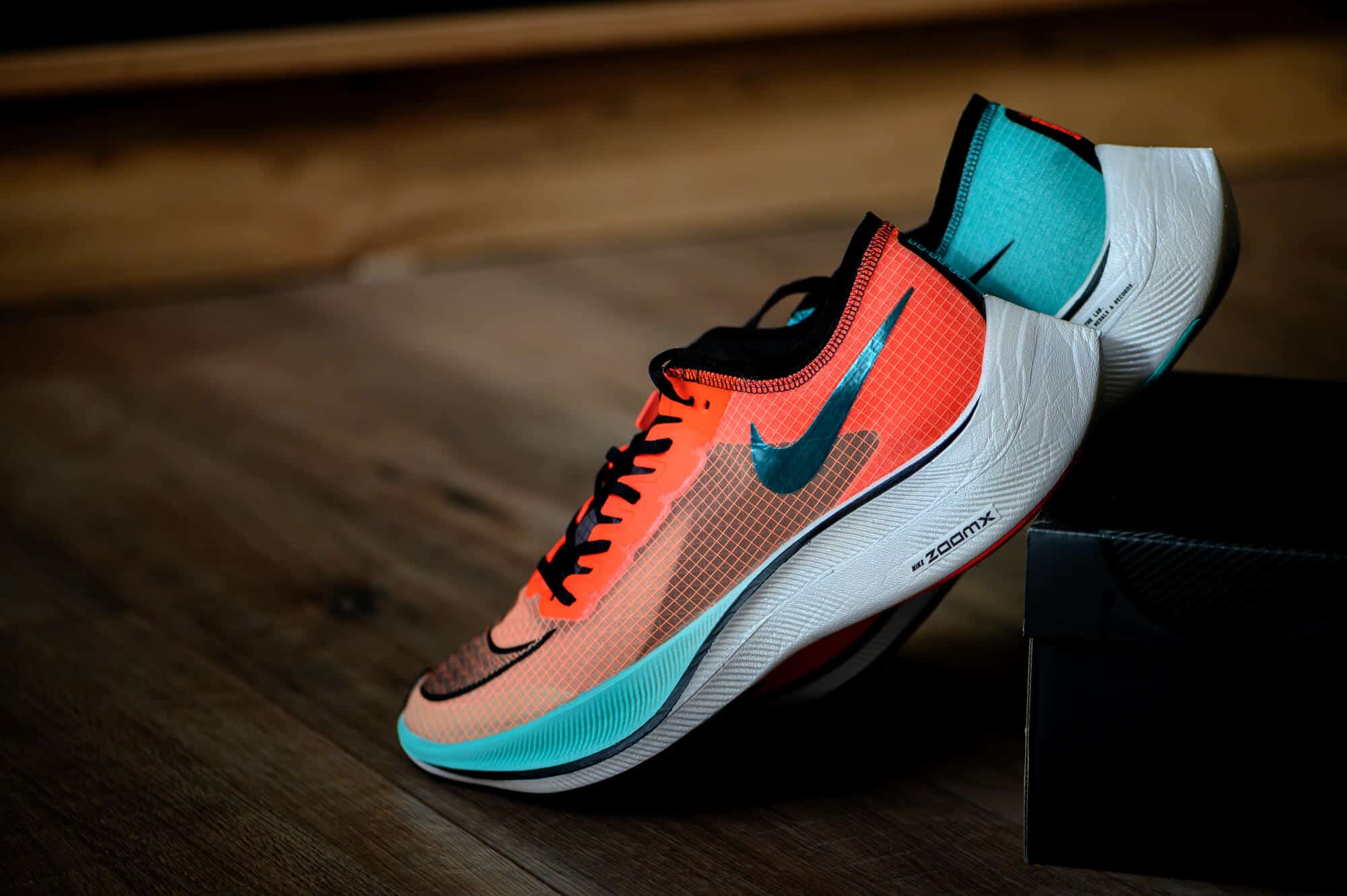 Brooks isn’t as popular or large as Nike, so its prices are a bit steeper. Still, the difference isn’t that massive, only around $20 to $50 depending on the line.

Our Nike vs Brooks Running Shoes Comparison wasn’t an easy feat, especially since they’re so close in performance, construction, and durability!

It’s almost as if comparing Samsung and iPhone, or Toyota and Honda—there simply isn’t a one-word answer.

At the end of the day, it all comes down to personal preference and comfort; they both make high-performance shoes that are fit for an athlete.

If we had to choose which brand is better, we’d say it’s Brooks—but not by much. Brooks is generally more durable than Nike, and has an overall better construction.

However, it’s important to note that Brooks isn’t as customizable as Nike. Plus, Brooks is mostly suited for people with thinner feet.

Nike excels in performance but isn’t built to last in extremely tough conditions—unless you buy the super expensive ones.