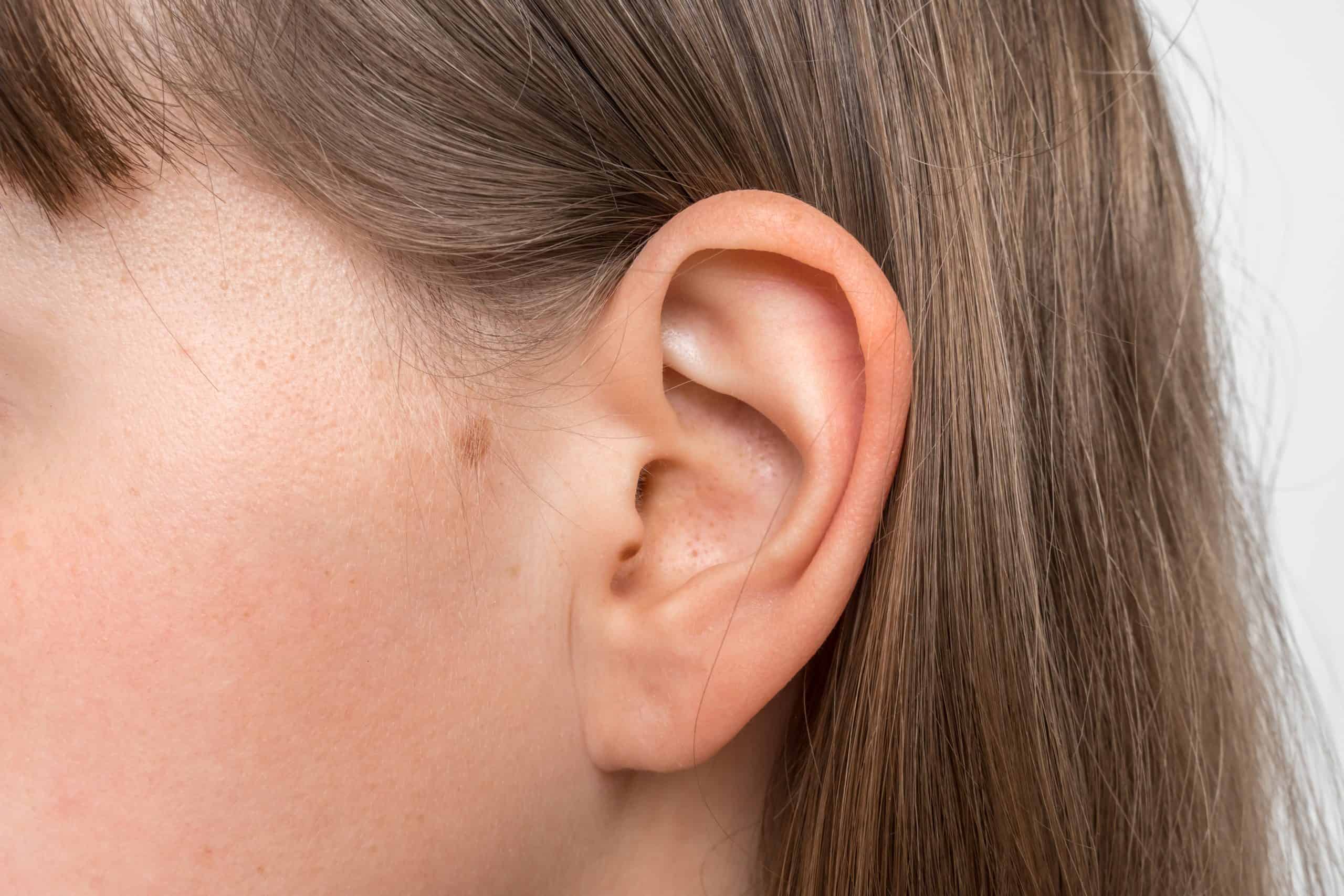 Running comes with a set of expected discomfort in various parts of the body, including the muscles of the legs as well as some knee and ankle pain in some cases.

While some of these forms of discomfort are perfectly natural, others may not be. For example, you’re running early in the morning and you stumble across sudden aching in your ears, which leads you to wonder “why do my ears hurt when I run?”

In this article, we’ll provide you with a brief guide of all 9 possible reasons that might cause this problem as well as viable solutions you can try to reduce or prevent this pain. 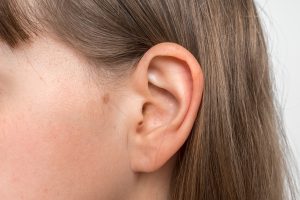 What Causes Pain in the Ears?

Before diving into the details about the reasons why your ears hurt, you should first have a quick look at the anatomy of the ear and where the pain comes from.

Our ears are made up of various parts, including the external ear, the ear canal, the eardrum (tympanic membrane), the middle ear (tympanic cavity), and the inner ear. Additionally, there’s the eustachian tube, which is a canal that connects the ear cavity with the throat.

Different ear parts are highly sensitive to changes in pressure and will use the eustachian tube to release pressure and fluids accumulating in your ears.

When this balance is compromised, it will trigger some pain in the ears, as all these parts have nerve endings that will send back pain signals when they’re weakened.

Now that you have a better understanding of the science behind ear pain, let’s have a brief overview of all the reasons why your ears hurt while running:

A lot of people like to run outdoors early in the morning. But since temperatures are usually at their lowest during that time, chances for the cold temperature to cause some ear pain is pretty high.

This is also noticeable for the same people when they run midday or indoors where temperatures are higher, so the same runners feel less pain in the ears.

The problem here is that, as our bodies get cold or exposed to the elements of weather, blood vessels in the ears get constricted, leading to a build up of pressure in the affected ear or ears.

In addition to pressure, oxygen supply to the ear can also be reduced due to constriction, which further increases the sensation of pain.

Luckily, there are plenty of ways to keep your ears warm and protected from the weather while running.

For starters, you can try wearing an earmuff or a hat that covers your ears while running. This is also ideal for preventing the cold wind from causing ear pain.

Additionally, you can use your fingers to massage your external ears. This stimulates the blood flow through the ears to warm it up during runs.

2. Clenching or Tightness in Your Jaw Muscles

The eardrum is connected to the muscles of the jaw through a prominent facial nerve. If you have a habit of grinding your teeth or flexing your facial muscles while running, you might end up with some sort of ear pain.

This happens because the nerve endings of these nerves are connected to the eardrums, so it can trigger a sensation of pain when it’s overstimulated.

Additionally, tightness in the jaw can occur due to anxiety or stress of your daily life issues. Moreover, chewing on some hard foods can trigger this tightness as well.

The best way to prevent this from happening is by trying to avoid clenching your jaw by training yourself to loosen your facial muscles while running.

A good way to do that is by keeping a timer to remind you to check your jaw clenching and try to relax.

Addressing your daily life issues and massaging your jaw area can also help you loosen up and feel calmer. Breathing techniques, calming essential oil, yoga, and other relaxing techniques will also help.

You also need to avoid hard and chewy food items such as gum and overcooked meat, and opt for tender food instead.

Similar to cold air, changes in altitude, such as trail running and mountain hikes can also cause some pain in the ears.

At higher or lower altitudes, air pressure is much lower or higher than internal body pressure, which leads to the constriction of blood vessels, including the ones around the eardrum, which ends up causing pain while running.

Oxygen is also trapped inside the ear canal, causing excess pressure. This throbbing ear pain is similar to the one experienced in airplanes during flights.

You can try to avoid this issue by wearing earplugs before you start rising up or going down in altitude.

Also, you can try some of the techniques used to overcome the problem in airplanes, such as chewing gum, yawning, or swallowing.

These techniques use facial muscles to release the internal pressure of oxygen inside the ears, and therefore, relieve the pain.

There are plenty of earphones and headphones on the market, and some of them fit inside the ear while others fit above it.

While choosing the ideal kind of earphones is a matter of personal preferences, some of them are simply more suitable for activities like running.

For example, if you’re wearing an earbud, friction inside the ear due to running can end up causing some irritation or even inflammation (also known as otitis externa), especially if you start to sweat. This happens if the earbuds are too small.

If they’re too big, they might be putting too much pressure on your external ear, which also leads to irritation and pain. 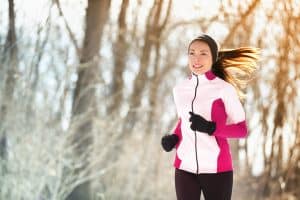 To solve this issue, you simply need to be more careful with the type of earphones or headphones you’re using.

Luckily, many types of earbuds nowadays come with various silicone ear tips, so you can choose the size that suits you best.

In addition to choosing the earphones themselves, most runners also tend to set the volumes of their music significantly higher than safe levels.

The problem here is that loud noise can cause a wide range of hearing problems, including hearing loss or difficulty of hearing, leading to the use of a hearing aid, sharp pain in the ears, and tinnitus (ear ringing)

According to several studies regarding the effect of loud noises on hearing, the human ear can safely tolerate up to 80 decibels (dB), and anything above that is considered unsafe for the ears and may even rupture the eardrum.

Try to avoid the temptation of blasting the music so loud while running and use music devices and apps that have a loud volume warning or prevention option.

6. You’re Suffering from an Ear Infection

We’ve previously discussed that wearing inappropriate earphones can cause inflammation of the outer ear.

In addition to that, you might also suffer from a middle ear infection (also known as “swimmers ear” or “otitis media”).

Ear pain while lying down or running is one of the most common symptoms of middle ear infections. However, other symptoms may also help doctors diagnose otitis media, including:

In addition to middle ear infections, there are also inner ear infections, which are less common compared to otitis media, and have similar symptoms, except that it has a more severe impact on balance.

Moreover, since the ears are connected to both the nose and the throat, other infections there can have ear pain as a side effect.

Unfortunately, there’s no guaranteed way to prevent ear infections or other ENT infections that can trigger ear pain.

However, after diagnoses by an ear, nose, and throat specialist, they’ll prescribe several medications that will help in the alleviation of the pain, such as nonsteroidal anti-inflammatory drugs (NSAIDs).

Although it may not cross your mind, if you’re suffering from certain digestive system disorders, there’s a chance that it might also affect your ears.

According to a prospective study on patients with gastroesophageal reflux disease (GERD), about 40% reported that they experience some sort of pain or discomfort in their ears that increases with the severity of the exercise.

While the study doesn’t name a culprit for the hearing problems and the ear pain, it was established that the problem isn’t caused by a side effect of heartburn medications such as proton pump inhibitors (PPIs)

If you’re suffering from severe heartburns during running, you might want to avoid eating before running and consult your doctor if changing your medications might help with the problem.

8. Build up of Ear wax or Fluids inside the Ears

If your ears produce too much ear wax or fluids, they can put extra pressure on the eardrum, leading to not only a clogged ear, but also some noticeable ear pain.

There are several ear drops that can help in removing ear wax from the ears to prevent its buildup inside the ear canal or the eustachian tube.

Lastly, in addition to loud noises, a ruptured eardrum can also be a reason for problems with hearing in addition to very sharp pain, especially in one ear.

Most ruptured eardrums should heal on their own within a few weeks. However, the doctor might also prescribe some medications, such as painkillers and antibiotics to help you heal faster.

Why do my ears hurt when I run? Today’s guide about ear pain while running and its possible causes come to an end.

As you can see, it’s unnatural to experience the discomfort of pain in the ears while running, and it can also be a warning sign about an infection or disease in other parts of your body.

For that reason, you should always try to pinpoint the trigger and try to avoid it to prevent any unwanted further complications.