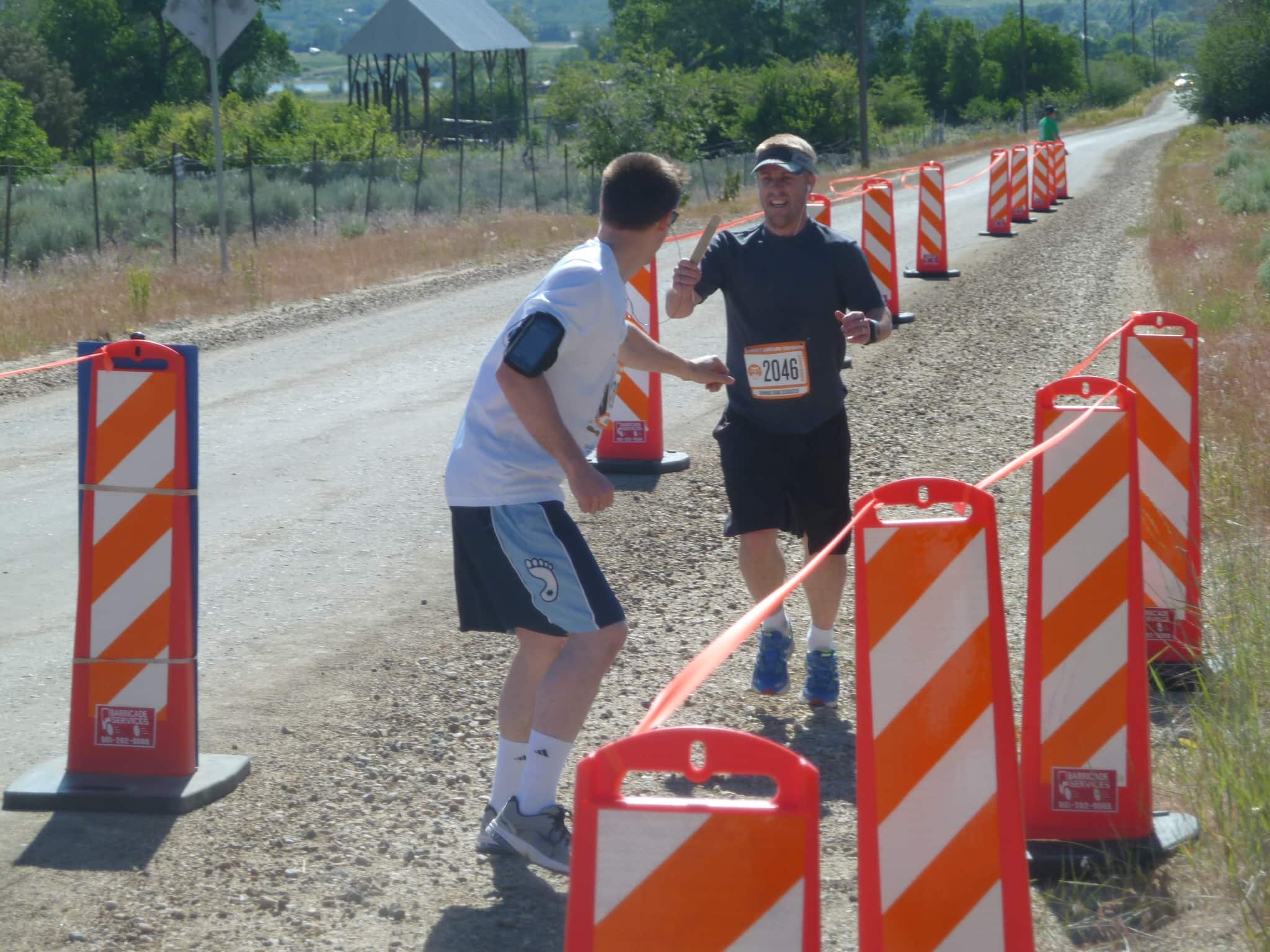 At the beginning of this year, I set a few running goals that I wanted to accomplish in 2013.  And as you may know, a SMART goal is not just one that you can set and forget about…you need to stay on top of it!

My original plan was to provide monthly reports to share with you my progress on these goals and any new “happenings” in my running life.  Well, its now July, and this is my very first monthly report!  I am resolving to do better!

Having said that, let’s jump right into what has happened the past month as far as my running life is concerned.

What I Accomplished in June 2013

During the month of June, I had a couple of major happenings.  First, I ran the Wasatch Back Ragnar Relay; and second, I was on vacation for a period of about 2 and a half weeks.  (Yes, it was a nice summer vacation!).

I should also remind you, that my original goals for this year, did not include setting a personal record in the Marathon.  I was looking for PRs in the 1 mile, 5k, 10k, and half marathon distances.  However, in late May after finishing poorly in my half marathon race, I started toying around with the idea of trying another marathon.

I guess I felt like I wanted to redeem myself.

And then that’s where things started to fall apart!

During the 3rd week, I started well, but the Ragnar Relay was on the 20th and 21st.  So, I skipped my long run that would have been the day after.  I ran a total of 32 miles that week.  That’s not terrible, but its not the 58 that my schedule called for.

And because I was traveling that week and the next, I actually didn’t run at all the last week of June…or most of the first week of July!

In total, I ran 154 miles during the month of June.  However, this number should have been over 200 miles.

So, I was in Utah from June 15th to June 22nd.  We were visiting family, and then I ran the Wasatch Back Ragnar Relay from Logan to Park City.  I managed to run pretty well while I was in Utah.

But the next week, we drove from Utah to California and were there until July 3rd.  We spent 4 days at Disneyland walking around, and to be honest, the last thing I wanted to do after 12 hours at Disneyland was lace up and go for a run.  It just wasn’t happening.

So, my verdict is that its very possible to run while traveling with some good planning; but sometimes, its okay to just take a break for a couple of days.  I think I let my break extend a few too many days, so I’m a bad example…but hey, I’m back at it now!

I had a blast running the Wasatch Back Ragnar Relay with my team of 12 runners.   I’m not going to give a full review of what the Ragnar is all about, but essentially is a relay race of 198 miles.  So, our team of 12 ran consistently for about 30 hours, through the night and everything, until we finished.

Each runner has 3 legs of the race to run.  I ran legs 8, 20, and 32.  Leg 8 was a short 2.6 miles…but it was mid-afternoon and very hot.  My second leg was 5.9 miles at about 12:30 or 1 AM and it was VERY cold!  Running in darkness is actually quite fun though…all you see are reflective vests and lights on other runners as you try to catch and pass them (which I did several times by the way!).

My final leg was 5.5 miles with just a slight uphill trend the entire way.  It wasn’t too bad.

And of course, the best part is hanging out with the team and building camaraderie as you travel from one leg to the next.

In the end, our team got 41st place out of 965 teams in the Open Co-ed Division.

So, even though I missed a solid week of running during June, I also think I made some decent progress towards hitting some other goals.  I’ve signed up for the Leavenworth Marathon on October 5th, 2013.  I’m setting a goal to break 3 hours and 3o minutes in that race.  My previous time was 3:37:13 in the same race last year, so I think this is very feasible.

In addition, training for a marathon is going to get me in great shape to break my half marathon time as well.  I just signed up for the Labor Day Half Marathon in Redmond, WA on September 2nd, 2013.  I hope to set a Personal best in that race.

Then I’ll just have to set a PR in the mile and 5k sometime before the end of the year.  I’ll leave that for another month to discuss 🙂

Overall, it was an up and down month…but I think I’m back on track!  I’ve had a few good runs during the month of July and I’ll be hitting it pretty hard with the marathon training this month.  And I’ve now officially given my first monthly report of the year!

Thanks for reading…and I’d love to hear any comments or feedback that you might have.

3 thoughts on “My Running Progress Report for June 2013”