How Many Calories Do You Burn Running a Marathon?

George Sheehan once said, ‘Of all the races, there is no better stage for heroism than a marathon.’

A marathon is hard indeed. For non-runners or beginners, running that distance can seem like a far-fetched dream.

However, even pros find marathons challenging, and no matter how many races they run, the length of 26.2 miles isn’t comparable.

But although marathons are physically challenging, they give you more benefits than you think.

They help you tone your body, build resilience, and take your running skills up a notch. More importantly, they burn a lot of calories.

So, how many calories do you burn running a marathon? Let’s take a look! 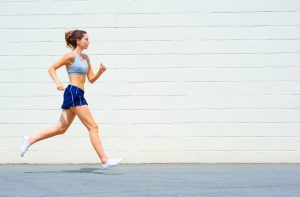 How Many Calories Do You Burn Running a Marathon?

As a rule of thumb, a one-mile run will burn 100 calories off your body.

Of course, the number may increase or decrease depending on your speed, your fitness level, your weight, and your metabolism. It may also be affected by external factors, but that’s the agree-on average.

By some simple calculations, you can find out that you burn an average of 2620 calories running a full marathon.

Of course, the number varies each time you run a marathon because each race has different conditions.

On top of that, you may run at different speeds, which ought to vary the number of calories burnt.

All that said, the most defining factor in the number of burned calories is weight.

For instance, if your weight is around 100 pounds, you might be only able to burn less than 2000 calories running a full marathon.

How Many Calories Do You Burn Running a Half Marathon?

Using the same calculations we used earlier, we can easily determine how many calories you burn running a half marathon.

A half marathon is approximately 13 miles. So, you should burn nearly 1300 calories when you finish a complete half marathon, give or take.

If your weight is around 100 pounds, you may only be able to burn 1000 or fewer calories.

Meanwhile, someone weighing 200 pounds may burn around 2000 calories, give or take.

How Many Calories is Will You Burn Running a 10K Race?

Using the same calculations, you should burn around 300 calories running a 5k race. 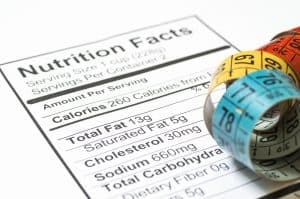 How to Calculate the Number of Calories You Burn

Calculating the number of calories you burn isn’t easy because it’s variable depending on many things.

For one, runners with more muscle density will burn more calories than others.

On top of that, people with a high metabolism will burn more calories, and that’s a given of birth; you can’t achieve a higher metabolism out of nowhere. You can only work on improving yours.

That’s why men naturally burn more calories than women; because they have better metabolisms.

Anyway, the best way to calculate the number of calories you burn is by using an online calculator.

It won’t give you an accurate reading, but it’ll be the best estimation you can get.

You can also use your smartwatch to track how many calories you burn. If you download a fitness app and input your data, you’ll get a pretty good estimation.

Can You Increase Your Calorie Burning Capacity While Running?

While you can do little to increase your body’s ability to burn calories, you can optimize your workout session to burn the most you can. For example, you can run at a faster pace.

When you do that, your body will need more energy. Therefore, it’ll start burning more calories.

You can also increase the number of calories burned by integrating hill training into your schedule.

Running uphill uses more energy, and it’s generally physically demanding. So, for your muscles to work, your body will keep burning calories.

The same goes for trail running, which urges you to push harder to run on irregular terrains and pebbly ground.

Lastly, you can adjust your food diet to burn more calories. You can adopt a metabolic cooking method to make food that helps you burn faster.

What Factors Can Affect Your Calorie Burning Rate?

It sometimes happens that you do the same workouts as someone else, but you find that they’re losing more weight than you.

Or, you and your sister may be following the same eating diet, but for some reason, you’re shedding more fats than she is.

That’s because humans aren’t all made equal, and there are a lot of factors that may affect your body’s calorie-burning rate.

Here are some of them:

It’s not a surprise that men burn more calories than women. It’s often much easier to lose fat if you’re a male, and you can gain muscles much faster than an equally working female.

That’s because men have larger body mass and higher metabolisms. Their bodies naturally burn more calories, which typically give them faster weight loss.

When you get older, your metabolism gets slower, and your muscle mass typically gets affected.

So, it’s not as easy to burn calories as when you were young. That’s why younger runners can burn more calories running the same marathon as older runners. 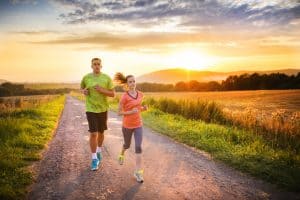 Runners with heavier bodies will burn more calories than slim runners, and for a pretty simple reason.

When you’re carrying extra weight on your body, it becomes harder to carry out exercises. For your body to find enough energy to haul the weight, it burns through more calories.

That’s why overweight runners may feel tired and get their breaths labored faster than slim runners.

That’s also why your weight loss rate decreases drastically as you get slimmer. When you lose more weight, it becomes harder to lose more.

Some people are naturally born with faster metabolisms than others. Now we’re talking about good genes!

These people will typically burn more calories than people with a slow metabolism, even if they do the same workouts.

That’s because their bodies convert calories into energy much faster than average. 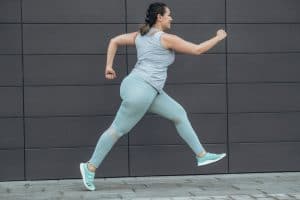 You probably heard before that running in hot weather causes you to lose more calories.

That’s true, simply because the heat causes your body to sweat more and need more energy, so it burns through the stored calories faster.

The temperature isn’t the only factor, too. Humidity can affect your calorie-burning rate as well because it increases the temperature of your internal body.

Lastly, running in the strong wind may cause you to burn more calories because there’s resistance. So, your body exerts more effort to overcome, thereby burning more calories.

As it turns out, when two runners with the same weight ran the same distance at five mph and 7.5 mph, the second runner burned 162 more calories than the former.

That’s because the body exerts more energy to run faster, so it burns more calories. That’s also why sprinting is one of the most rewarding workouts when it comes to losing weight.

Final Thoughts On How Many Calories Do You Burn Running a Marathon?

So, how many calories do you burn running a marathon? On average, you should burn around 2600 calories after running a full marathon.

The number can vary according to your age, gender, and metabolism.

Or, it can vary according to some external factors, such as the weather, the terrain, or the inclines.