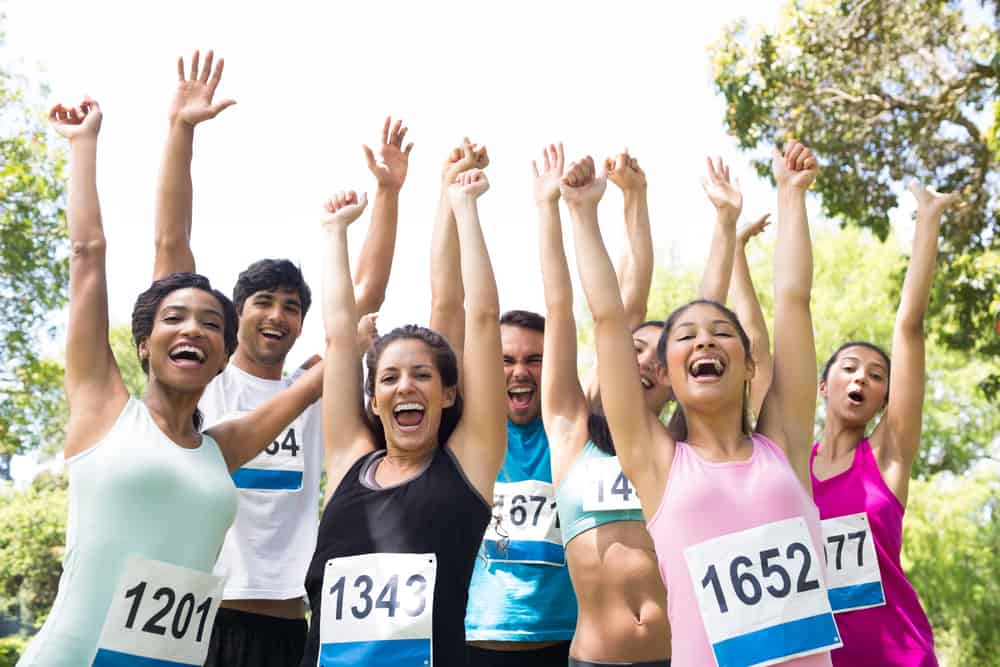 Females in the running world face many difficulties since their bodies are built differently than men.

While women have to deal with issues concerning flexibility and endurance, some studies have shown that they actually run faster than male runners!

That’s why it’s inspiring to witness the journeys of female long distance runners and learn about the challenges they’ve overcome.

It’s just as nice to know how much these women have achieved in terms of medals and personal bests.

Today, we’re taking a trip down history lane to tell you about our favorite female long-distance runners who’ve motivated many women to pick up their jogging trainers.

What Are Female Long Distance Runners?

The biggest long-distance run is the marathon with a terrain that stretches over 42,000 meters (or 26 miles and 380 yards).

Middle-distance and short-distance fields are 1,500 meters or roughly one mile long.

Putting the numbers aside for a second, did you know that female runners weren’t allowed to join in such big events as the Olympics until 1984?

In fact, women didn’t compete in long-distance races until the second half of the twentieth century.

Now that you know what a female long-distance runner is, let’s delve into a few popular names that have changed the course of history over the years.

Trudi Thomson is one of the many renowned female athletes who’ve continued to hit one personal best after the other.

Native to Middlesex, London, Thomson represented the United Kingdom in every race she took on. Her career as a long-distance runner took off after she ran the Marathon during the Black Isle Festival in November 1991.

Thomson managed to finish that marathon in only three minutes and 12 seconds. She went on to win the Loch Rannoch and Moray Marathon—two sought-after Scottish marathon championships.

In the October Selby Marathon, Thomson managed to break her personal record by a seven seconds difference. Later on, in the 1994 Dublin Marathon, she finished in just two minutes and 43 seconds! Her all-time best stands at 2:38:23. 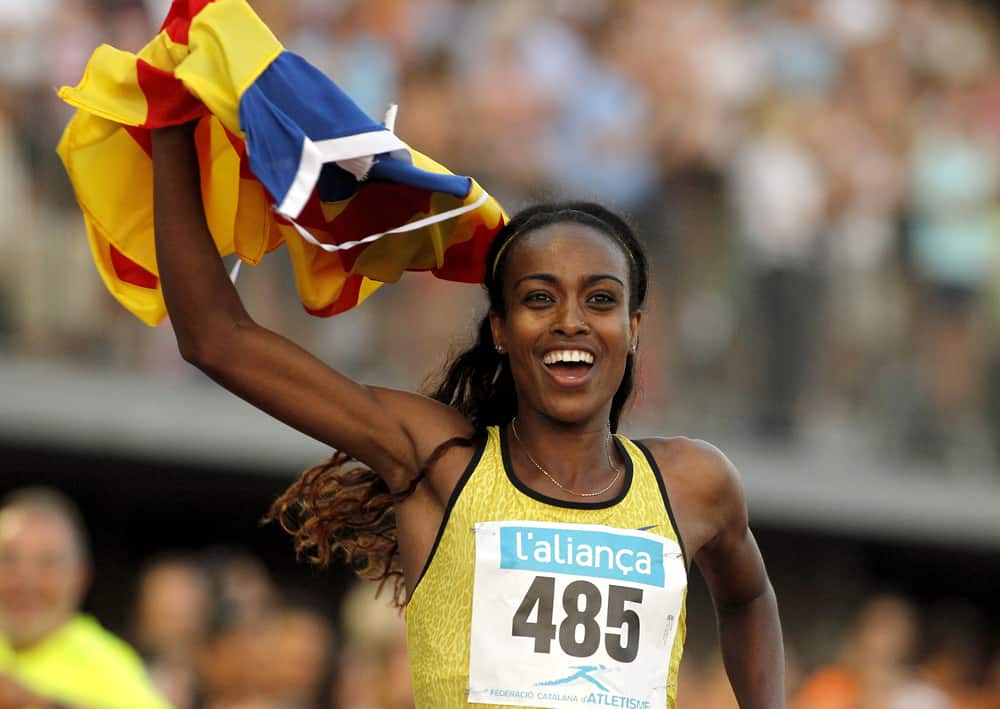 Genzebe Dibaba is an up-and-coming, young long-distance runner who has already achieved so much in just a decade of running middle and long-distance tracks.

Born in Ethiopia, Dibaba’s most prominent achievement is earning the title of World Champion for the 1,500-meter event back in 2012.

Dibaba’s other milestones include:

Tirunesh Dibaba isn’t the only one who set world records though. Genzebe also bagged more than a few records, prominently in 2014 and 2015. Unfortunately, Dibaba suffered a foot injury back in the 2019 world championships. 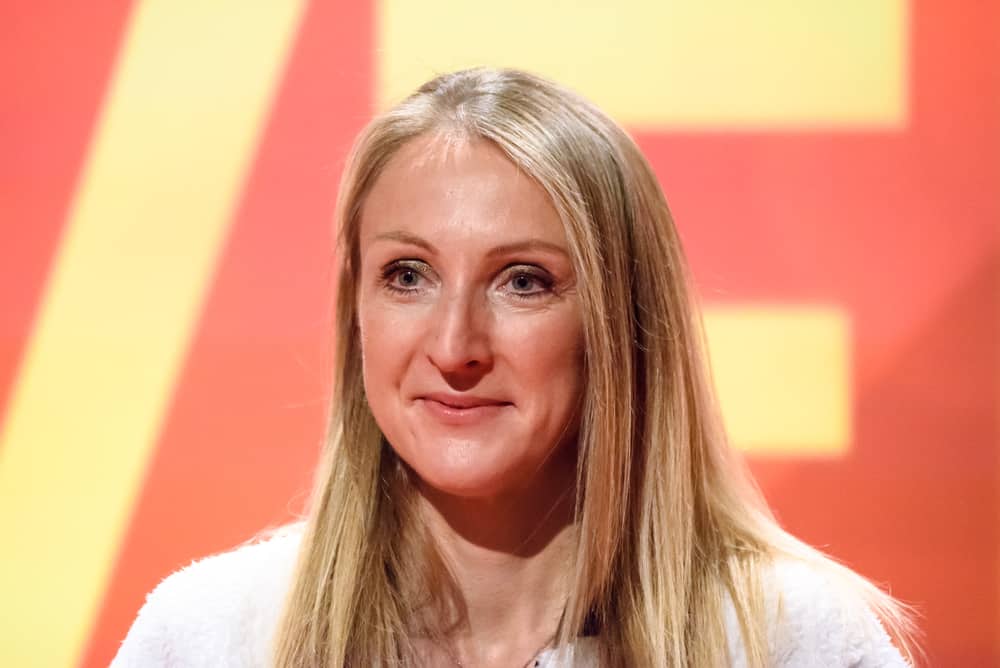 Paula Radcliffe is another former British long-distance runner, just like Trudi Thomson. A fun fact about Radcliffe is that she was diagnosed with asthma at the age of 14 and still chose to run.

Shocking, right? The reality is that many elite athletes have asthma but that never stopped them from choosing an active lifestyle. Take Radcliffe, for example. Despite her compromised lungs, she still managed to win the following:

The above achievements don’t encapsulate all of Radcliffe’s glory days, though. She may have never won an Olympic medal, but she was labeled the fastest female marathon runner with a record of 2:15:25. This personal best stood on its own for more than 16 years!

Among our other favorite Ethiopian female long-distance runners is Almaz Ayana. She mainly participates into 3,000, 5,000, and 10,000-meter events.

One of Ayana’s many incredible achievements is managing to beat Genzebe Dibaba’s set world record in the 2014 African World Championships. Her time then was 15:32:72. She made a new personal best in the 2013 Paris Marathon (14:25:84).

Ayana continued to push her limits, though. In the IAAF Diamond League held in China, Ayana improved upon her last record and ran for only 14:14:32. This made her the world’s third-fastest long-distance runner after Tirunesh Dibaba and Meseret Defar.

Not just that, but Ayana signed up for the 5,000-meter track held in the Golden Gala, Rome. This was back in 2016, during which Ayana managed to come quite close to breaking Dibaba’s world record—there was only a one-second difference!

Brigid Kosgei is a Kenyan long-distance runner, who unlike most female athletes mentioned here, only participates in marathons.

This young female runner has won five marathons (from 2018 to 2021). As a result, she currently holds the world record for the fastest woman running in mixed-sex races. Her personal best stands at 2:14:04 which is the one she achieved at the 2019 Chicago Marathon.

Additionally, Kosgei signed up for the 2020 Summer Olympics marathon event where she managed to come second. Kosgei was also the youngest woman to win the 2019 London Marathon.

In most of the marathons Kosgei ran, she typically finished second or first. She only came third at the Copenhagen half marathon. Even after she injured herself in 2018, Kosgei still decided to train for and join the 2018 Chicago marathon.

Hiwot Gebrekidan, similar to Almaz Ayana, is a young, Ethiopian long-distance runner who has achieved much so far in her short-timed running career.

Gebrekidan’s most outstanding achievement, however, is setting a new course record. She managed to win the Guangzhou Marathon that took place in China at 2:23:50. Plus, she went on to score second place in the 2021 Berlin Marathon.

While the aforementioned female long-distance runners have contributed a lot to the track and field world, there are a few honorable mentions who managed to defy rules in another way.

Kathrine Switzer’s name made history back in the 1967 Boston Marathon.

During that time, women didn’t compete or sign up for big events like the marathon. No law book dictated that fact, but female runners didn’t challenge the unspoken rule either—until Kathrine Switzer arrived.

Even Switzer’s trainer was on the fence about a woman deciding to run such an extensive track as the marathon. Plus, a race manager, namely Jock Semple pushed her bib number and tried to get her removed from the competition.

Despite that, Switzer still managed to finish at 3:21:40.

Sarah Attar was one of four Saudia Arabian women who joined the 2016 Olympics.

Before that, Sarah Attar was the first of two women to represent KSA and run in the 2012 Olympics marathon. Attar stuck to modest clothing, despite the fact that the weather that day was hot and humid.

Attar’s personal time was 3:16:11. What mattered to her most was representing women from her country in big events, such as marathons and Olympic games.

We can easily say that Attar ran so that her fellow Saudia Arabian women can walk.

Wilma Rudolph suffered from polio and scarlet fever all through her childhood. She was told by multiple doctors that she won’t be able to walk again and yet she still pursued her dreams.

She turned to track and field quickly after her college years ended. She participated in both the 1956 and 1960 Olympics with the goal of winning a medal. In the 1960 Rome Olympics, Rudolph managed to win three gold medals in the same event.

Thus becoming the first American female long-distance runner to do so. She was labeled the fastest woman alive after the event too. She also managed to break at least three world records.

Rudolph didn’t make excuses when she was diagnosed and certainly motivated us to do the same! 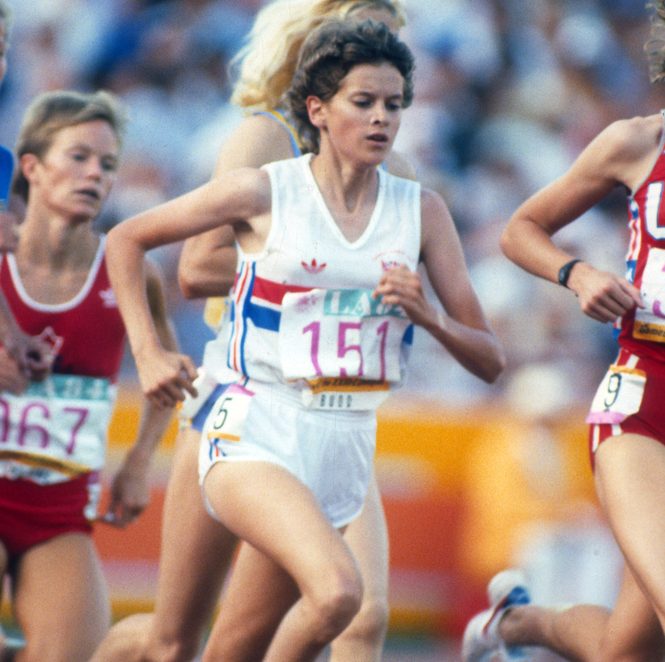 Zola Budd broke records and made achievements—all while running barefoot! In fact, she’s one of few female runners who preferred it that way.

Budd competed in the following events:

Her middle-distance record of 4:17:56 during the mile race in Britain still stands today.

If Budd could achieve all this barefoot, you can do more with shoes!

Tegla Loroupe’s name is in the book as the first African woman to run the marathon—and win the 1994 champion title. Before that, men shared the glory alone.

Since then, Loroupe continued to bag one success after the other by winning several marathons after that. She also managed to break more than a few world records on the way! She still holds the record for the 20 and 30-kilometer races.

Loroupe was the first African woman to set the Marathon World Record in 1998. She held on to that title until 2001. She was the first female from Africa to win the New York Marathon twice too.

The incredible Loroupe now uses sports as a symbol of peace and is a spokesperson for women’s rights.

Female long distance runners have faced a lot throughout the years to reach the respected position they’re at right now. Many names have inspired young girls everywhere to follow in their footsteps and change the world.

If you’re one of the women who felt moved by this article as much as we have, pick up your shoes and start running today!