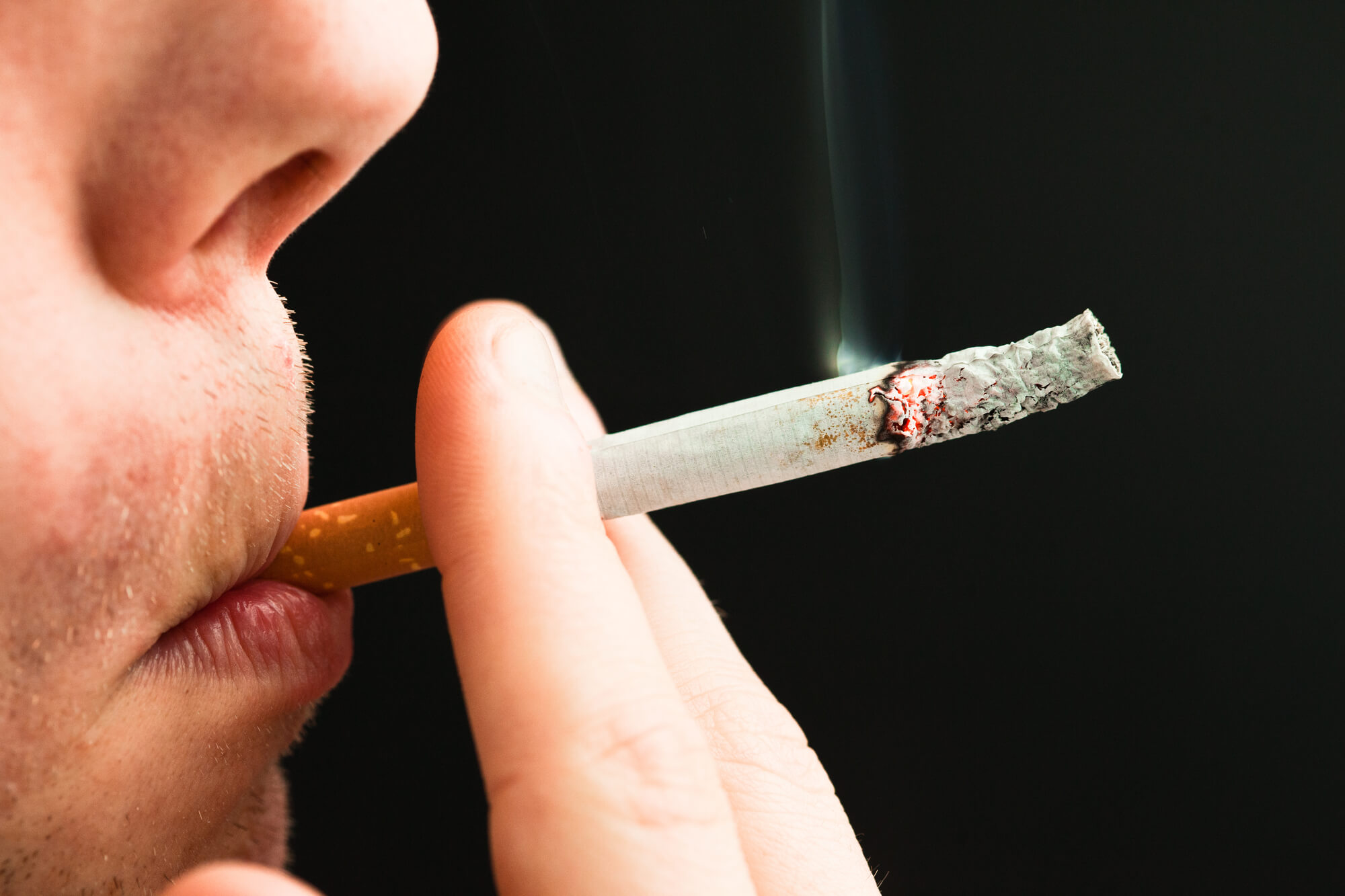 Fame and glory attract a large number of followers, but with them comes responsibility. Famous athletes are often under the spotlight for what they eat, drink, and smoke.

Yes, they smoke too—over 19% of the world’s population smokes. Whether it’s because of the constant pressure or as a form of escape, there are several famous runners who smoke.

Stick around to learn more about these famous runners and the effects of smoking on your running routine.

Athletes, like the rest of us, crave some release from their strenuous regimen. Despite smoking’s weakening effects, famous runners such as Shirley Strong and Sha’Carri Richardson, have persevered.

Without further ado, here are some famous runners who smoke.

Starting off, we’ve got one of the oldest running competitors on this list, Shirley Strong. Interestingly, her rise in popularity among the general public could be attributed to her smoking habit. The public wanted an athlete they could relate to and that’s what Strong offered.

In an interview with the BBC, she said, “The fact that I was not the model athlete – I used to go out, have a good time, have a good laugh – and I smoked – had an effect on how the public felt about me.”

The British hurdler was snapped in the 1982 Commonwealth Games with a gold medal in one hand and a cigarette in the other. Strong mentioned that she had a cigarette after each race she participated in. The gold medalist held an impressive record, representing the United Kingdom.

In 1983, during the 100-meter hurdles, she ran approximately 12.87 seconds. Strong successfully held that record until 1988. One of her other achievements was winning silver in the 1984 Olympic games held in Los Angeles.

Owens took home four gold medals in the 1936 Berlin Olympics. His life had several ups and downs that they made a movie out of it named, “Race.”

Owens had a tough life filled with overarching expectations to be the best. Cracking under the pressure, he smoked a pack every day for over 35 years. 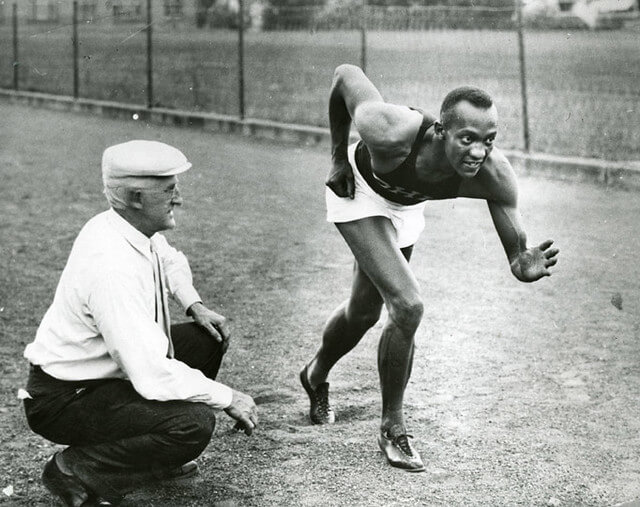 To put things in perspective, that’s around 300,000 cigarettes. Eventually, Owens passed away aged 66 in 1980 due to lung cancer.

Mo Farah is undeniably one of the top runners in the world. Winning four Olympic golds and six global titles, is there anything this British track and field star can’t conquer?

Well, Mo Farah had been spotted in the Olympic Park smoking cigarettes. This golden runner, in an interview, said, “When you’ve got the hopes and dreams of a nation on your shoulders, that’s when you really need a fag.”

Can we really blame him? In his later comments, Mo Farah stated that smoking showcases the realities of being under media scrutiny.

Farah even recalled a childhood memory where he saw one of his role models, Daley Thompson, smoking. He said that Thompson looked cool and wanted to follow in his footsteps.

It’s also interesting to note that a vaping company advertised their product with the slogan “Mo’s mad for it.” The controversial ad featured a model look-alike of Mo Farah.

Nevertheless, Farah wasn’t pleased with the ad. It was later banned after several complaints of misleading content.

Sha’Carri Richardson is a US-born sprinter. At only 19, Richardson broke a 100m record at the National Collegiate Athletic Association (NCAA), coming in at 10.75 seconds.

Despite all those wins, Richardson mainly rose to fame through controversy. During the 2020 Summer Olympics held in Tokyo, she got a positive cannabis test.

That being said, the record-breaking athlete justified her use of the drug. Amid her Olympic trials, her biological mother passed away.

Richardson used marijuana to cope with the tragic incident. To make matters worse, she allegedly learned of the news during an interview.

Following Mo Farah’s theme of self-acceptance, the track star tweeted in 2021, “I am human.”

Although Christy Turlington is originally a supermodel, she decided to run several marathons.

Turlington had faced health complications where she was diagnosed with emphysema at 31. This was ultimately due to her smoking habit.

The now-famous runner smoked over a pack every day from age 16 to 26. Nevertheless, Turlington decided to quit and focus on her health and fitness through the joys of running.

She became an inspiration and anti-smoking campaigner. The supermodel now craves running and yoga, as she says,

“I run in silence—no music—because everything I did when I first started running is the way I’ve kept it. I started to really appreciate having silence and it became more of a meditation practice for me.”

Smoking and Running: The Good vs. The Bad

After learning about some well-known names who smoke, it’s time to learn about how smoking affects your running.

Some people use running as a remedy to kick their smoking habits. Having said that, let’s look into the impact of smoking on running. 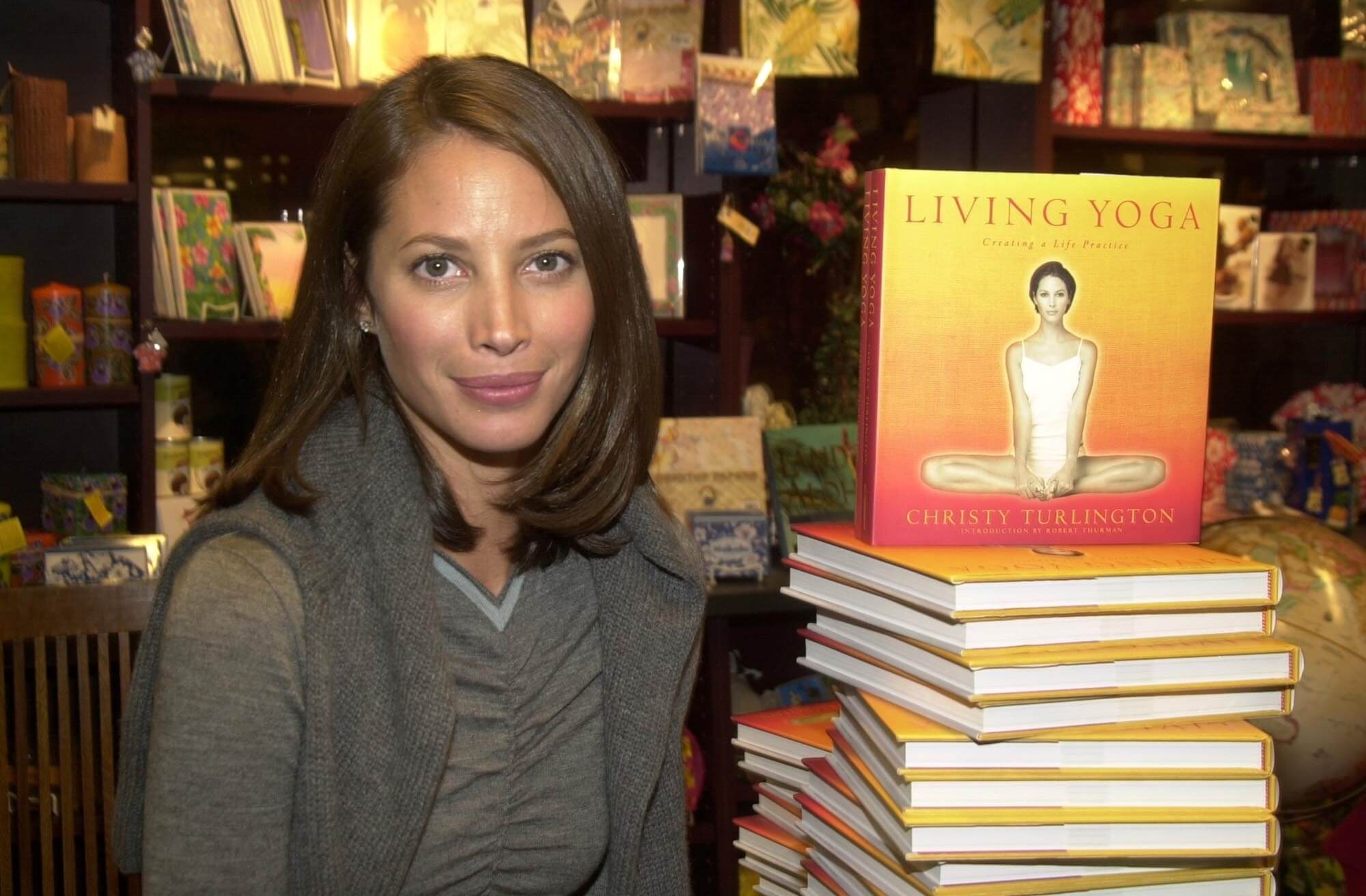 Believe it or not, some studies have shown positive effects of smoking on performance training. To grasp this, you may want to ask, what do runners need to bring their A-game?

Let’s look at some of these factors below and how smoking benefits each one.

High levels of serum hemoglobin in your body usually mean that your body needs more oxygen. This is to compensate for the low oxygen levels.

Statistically speaking, if you smoke about ten cigarettes, your hemoglobin serum levels will increase to about 3.5%.

Being lighter is a major plus when it comes to running. The bad news is that running tends to increase your appetite, making it more difficult to lose weight.

That’s where smoking may come in. Nicotine intake can suppress appetite and heighten metabolic uptake. This information, however, should be taken with a grain of salt because smoking can cause Chronic Obstructive Pulmonary Disease (COPD).

People who have this condition have difficulty breathing. As a result, their bodies demand more energy than usual to work.

On top of that, regular food intake doesn’t compensate for high energy demand. So, a decreased appetite can worsen the condition.

Even though lung volume isn’t an official evaluation of your endurance capabilities, it can still positively affect your performance.

Running frequently can increase your lung capacity. Increased lung mass is also one of many characteristics shared by smokers.

That said, increased lung mass is a symptom of COPD. If you’ve smoked your entire life, you have a 50% chance of catching the pulmonary disease.

Although famous runners like Shirly Strong smoke after a run, the habit is likely to have had a negative impact on their bodies.

If you’re a smoker, how many times have you felt out of breath on a run? Probably a lot and there’s a reason why.

Whenever you exhale, your lung capacity expands and uses more respiratory muscles. When you try to inhale, on the other hand, your muscles don’t work to their full potential.

That’s because they’ve weakened from smoking, which means you’ll need to exert extra effort to breathe properly, leading to breathlessness.

Cigarettes contain high levels of carbon monoxide. What can this gas do to your endurance levels?

Well, the increase in carbon monoxide hampers oxygen-rich blood delivery from the lungs to the rest of the body.

What do you need to exercise? Muscles. Your muscles won’t receive adequate nourishment if there’s a lack of oxygen-rich blood flow, and they may weaken.

Heal at a Slower Rate

After completing a tough workout, you’re bound to feel a little sore after. If you’re a regular smoker, that soreness may take a longer time to fully recover.

Smoking may also increase your chances of developing muscle tears and chronic inflammation in your tendons.

The tears occur because nicotine hinders collagen development in the body’s connective tissue. You essentially need that collagen to reproduce tissues needed for muscle and other forms of recovery.

Fame and the media play a significant role in building famous runners’ public image. As a result, the pressure to keep up appearances may cause these runners stress, which they may deal with by smoking.

It’s widely known that some people turn to smoking to relieve stress from their demanding lives. After all, nicotine is, for the most part, not a banned substance in professional racing. That’s why some running athletes may turn to smoking cigarettes as a form of brief getaway.

Psychologically speaking, nicotine is a mood-affecting drug. A wide majority of smokers believe that it relieves stress, when in fact, the opposite is true. According to some studies, smoking nicotine actually raises stress levels.

In most cases, the addictive habit surges your blood pressure and stiffens muscles.

Having said that, it’s possible that famous runners may be smoking due to a fleeting surge of positive emotions. As you smoke, the nicotine enters your bloodstream and travels to your brain. While there, it triggers numerous neurotransmitters that increase dopamine levels.

The dopamine, or reward-feeling hormones, doesn’t last for long before it dissipates and leaves you craving for more. 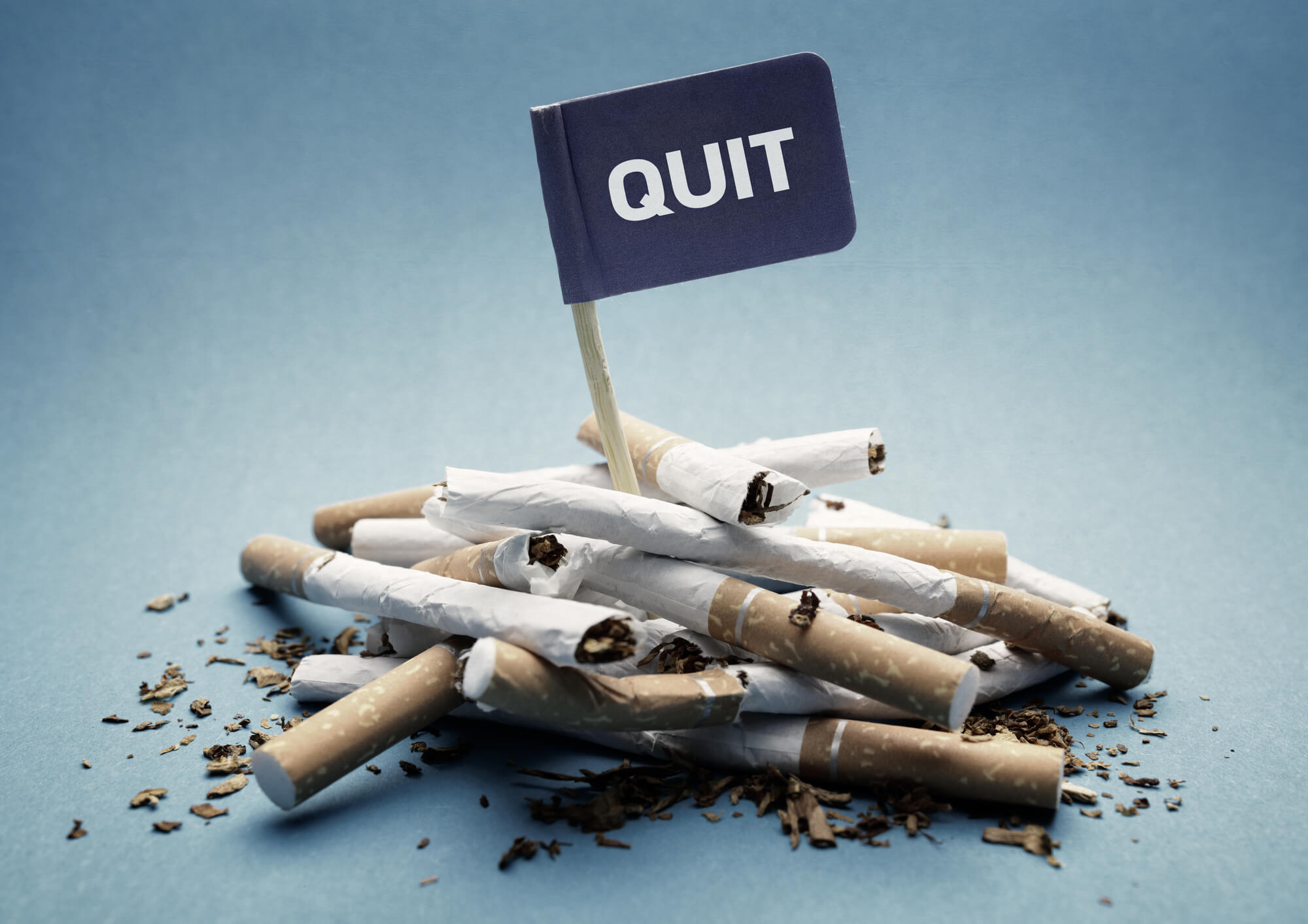 How to Combat Stress Smoking with Running

It’s crucial to treat smoking as a serious addiction. Otherwise, why would famous athletes smoke despite exercising being their main job?

They may be under a greater deal of stress since it’s their job to win medals and gain glory. Nevertheless, you may be able to use running as a way to kick the habit successfully.

As a smoker, you’ve probably tried quitting dozens of times. The initial struggle comes from dealing with tough withdrawal symptoms.

Here’s what you should expect to feel:

Keep in mind that you may not experience all these withdrawal symptoms. It varies with each person’s former nicotine consumption levels.

In other words, the more you smoke, the more hard-hitting these symptoms will be and vice versa.

How long would these symptoms last? They’re mostly present during the first month after quitting but could last longer.

You mainly want to develop more persistence during the first week, especially the first three days.

According to a medical publication, even a ten-minute workout can subside your smoking cravings.

Although research into exercising to quit smoking is far from complete, experiments on mice have yielded promising results.

Scientists gave these mice nicotine for about a couple of weeks. The rodents were then divided into three exercise groups. The first one ran for 24 hours, the second for two, and the last didn’t run at all.

Quitting cold turkey is a large accomplishment for many. On average, it can take up to three months to fully quit smoking.

Whenever you feel the need to smoke one out, try to delay it by going for a run. You can always ask for help from your friends and family.

Most importantly, try to remember why you’re quitting in the first place. For instance, you may need to remind yourself of the benefits of quitting or the running goals you want to achieve.

Being a famous athlete doesn’t necessarily mean being fully clean. Whether it’s a strong addiction or an occasional break, smoking can be common among most athletic stars, just as these Famous Runners Who Smoke.

Due to their image, some runners feel the need to maintain a smoke-free reputation. Others, like Mo Farah, strive for self-acceptance.

In a pressure-filled setting, it’s not difficult to believe that there are famous runners who smoke. That being said, health-wise, smoking can be harmful to your running routine.

Some may already be smokers who just started running to kick the habit. To those, we say good luck and we wish you a successful path.