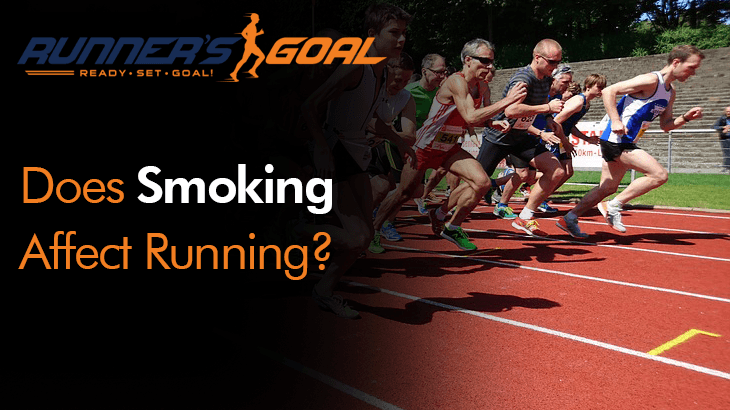 You already know smoking is a bad habit. You’ve heard the warnings enough to know it’s not good for your body or your health.

But does smoking affect running too? If you’re serious about setting some new running goals, you’ll want to know how lighting up may be stopping you from reaching your full potential as a runner.

It Hurts Your Lungs

Lung health is obviously important — even if you aren’t a runner. When you smoke, you are damaging your lungs and their ability to perform at top capacity.

Smoking can eventually lead to chronic obstructive pulmonary disease. COPD can make even the lightest of exercise difficult or nearly impossible — if you can’t walk your dog without feeling winded, you won’t be able to run.

VO2max is a measurement of how much oxygen your body can take in when you’re exercising intensely. Regular smokers have a lower VO2max than non-smokers do.

That gives non-smokers an edge while racing against smokers. Smokers are essentially bringing a knife to a gunfight — their odds of winning won’t be as great simply because they are smoking.

You’ll never know what your body can truly do unless you give up smoking.

Cuts Down on Endurance

Regular exercise does a number of great things for the body. One of those benefits is that it gives you more endurance.

Think about it: When you first started running, you likely couldn’t go much more than a mile without feeling like you were dying. These days, you can probably tough through many miles, despite the fact you’re running faster than you were when you first laced up your shoes.

Smoking, on the other hand, hurts that endurance level. If you’re a smoker, you’ll still have improved endurance if you stick with running, but it will be less than you would have if you didn’t smoke.

Running isn’t only physical — a good portion of it is also finding the right mentality to persevere, even when you feel like you can’t take another step. You have to believe in yourself.

Smoking can rob you of that belief. It’s too easy to use smoking as a crutch, as a reason you can’t finish a gut-wrenching run.

It might make you quit even before you begin, especially for hardcore smokers. Will you sign up for a marathon that could potentially last for four to five hours if you know you won’t have time to stop for a cigarette break during that time?

If you’re using smoking as a crutch to cope with stress, find a new crutch to replace it. Running is an excellent stress reliever, and there are many cases of runners who were able to ditch their smoking habit to focus more on running.

So do it. And we just might be watching you pass us during our next race.