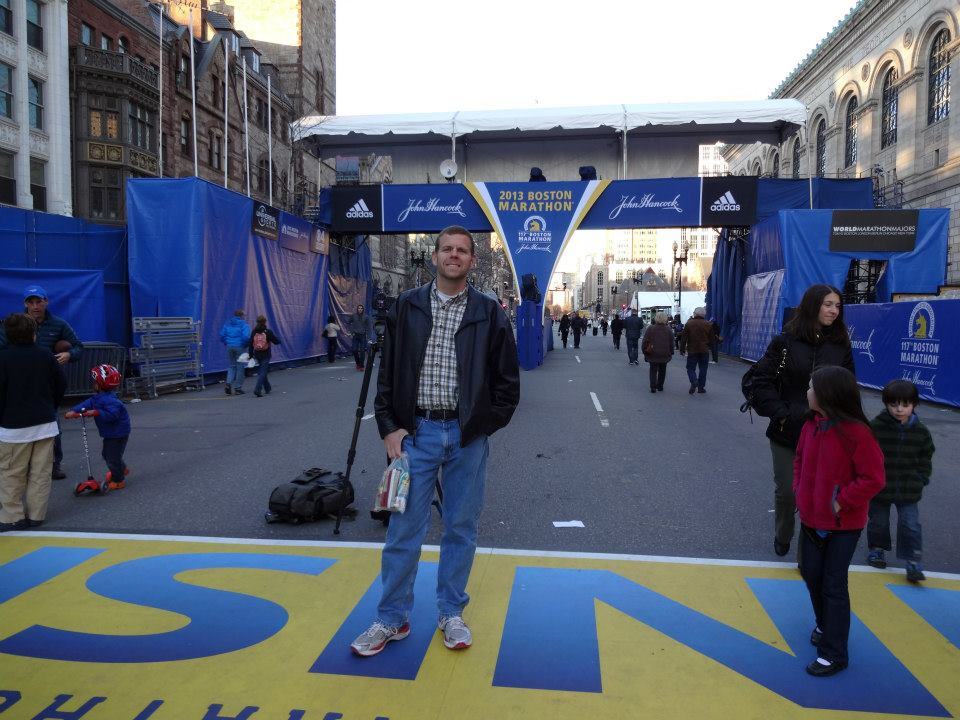 What should I say about the 117th Annual Boston Marathon?  On April 15, 2013 I had the honor and privilege to run the 117th Annual Boston Marathon.  On the one hand it was the most fantastic, inspiring, historic and well coordinated celebration of running achievement I have ever been part of.  On the other hand it was the most horrific and tragic event I have ever been closely associated with as two bombs were detonated near the finish line at around the 4:10 mark of the race.

I have been asked several times how was the race, what my time was, or how I did.  I totally understand and appreciate the question but I just do not know exactly how to respond to it.  Heck, the second I crossed the finish line I was contemplating just how I was going to be able to share all of my experiences on this blog.  While watching the tragic events at the finish unfold from my hotel room in Boston, all of those experiences just seemed so meaningless compared to tragedy imposed on so very many that day.

As is well known at this point, two individuals detonated two pressure cooker bombs in the finish area.  The first bomb went off right near the finish line across from the grand stands.   The second bomb, which was detonated a few seconds later, was down the street near the large video screen set up on a corner building.  The explosions left 3 people dead and in excess of 180 injured, many with severe injuries including loss of limbs.  The dead included Krystle Campbell, 29, Martin Richard, 8, and Lingzi Lu, 23, and may they be comforted in their eternal rest.

My wife and I were very fortunate to have left in a cab just minutes before the bombs were detonated.  I finished the race in 3:07 but when you finish, you are funneled through the finishing chute into an area where you get your blanket, food, water, and finisher’s medal before heading over to retrieve your checked bag.  After you get your bag, you leave the finisher’s area over to the family meeting location.  The whole process can take anywhere from 30 min to 2 hours.

After I got my things, I headed over to the family meeting area and called my wife who was on her way to sync up with me from Boston College.  After she got there, I put my warm-up clothes back on, took some pictures and started to head for the metro to get back to the hotel.  I was pretty hobbled because well I had just run a marathon so we ended up grabbing a cab to get back to the hotel.

Turns out that we left in the cab just minutes before the bombs when off as the time of the phone call that I placed to my wife when I arrived first to the family meeting area was 20 minutes before the explosions.  Given that we had spent a lot of those 20 minutes syncing up, getting dressed, taking pictures, and hobbling to the metro before grabbing the cab, it would have been literally by minutes that we missed the bombs.  Had we have been there we would have still been fairly far from the explosions.

We found out about the bombing when we got to the hotel.  I went to get cleaned up and wash all the sweat off.  My wife made the comment that there were a number of sirens outside and if you did not know better you would think something is going on.  About that time we got a call from a family member asking if we were ok and where we were.  I flipped on the TV to see the live coverage of the explosions on the local Boston FOX station.

Our hotel overlooked downtown Boston and you could see scores of emergency response vehicles headed into and out of the city with helicopters flying overhead.  Everything pretty much went into lock down with no way to communicate except text messaging and Facebook.  That lasted for several hours and everyone was encouraged to stay in the hotel.  We pretty much spent the balance of the evening watching the tragedy at the finish unfold.

It was a surreal experience to think that when I finished the race there were likely two bombs in the audience that were being positioned by malevolent individuals for no other reason than to kill and meme innocent people.  The location of the first bomb was right next to two stores that my wife and I were at just the night before and we watched in horror as the videos of the explosions showed specific landmarks that we physically touched and commented on only hours earlier.

We were fortunate to have not been there but there were many that were not as fortunate.  Our thoughts and prayers go out to those people who were directly affected by the heinous acts perpetrated at the finish.  While the events were entirely tragic, the response of the Boston Athletic Association, the people of Boston, and the running community at large was nothing short of inspirational.  I have never been so proud to be an American and a runner as I am right now.

There have been many stories of inspirational valor that have circulated the internet in the wake of the race and in our own experience, we had people that we had just met at the race calling and checking to make sure we were safe.  The restaurants were opening their doors to everyone and did not expect compensation if you were not in a position to pay.  Forget the race, I am most proud of how our community responded in the face of adversity and shows the spirit of a runner cannot be broken.  I am grateful to be associated with that community.

So as I reflect on what would be the best way to support the Boston Athletic Association and the City of Boston for their heroic response during and following the attack it would be to share the story of the 117th Annual Boston Marathon and help show that terror cannot win by running the 118th Annual Boston Marathon in 2014!  I will see you then Boston and until then you will forever be in my thoughts and prayers.  Stay strong Boston!

6 thoughts on “What Should I Say About My Experience at the 117th Annual Boston Marathon?”