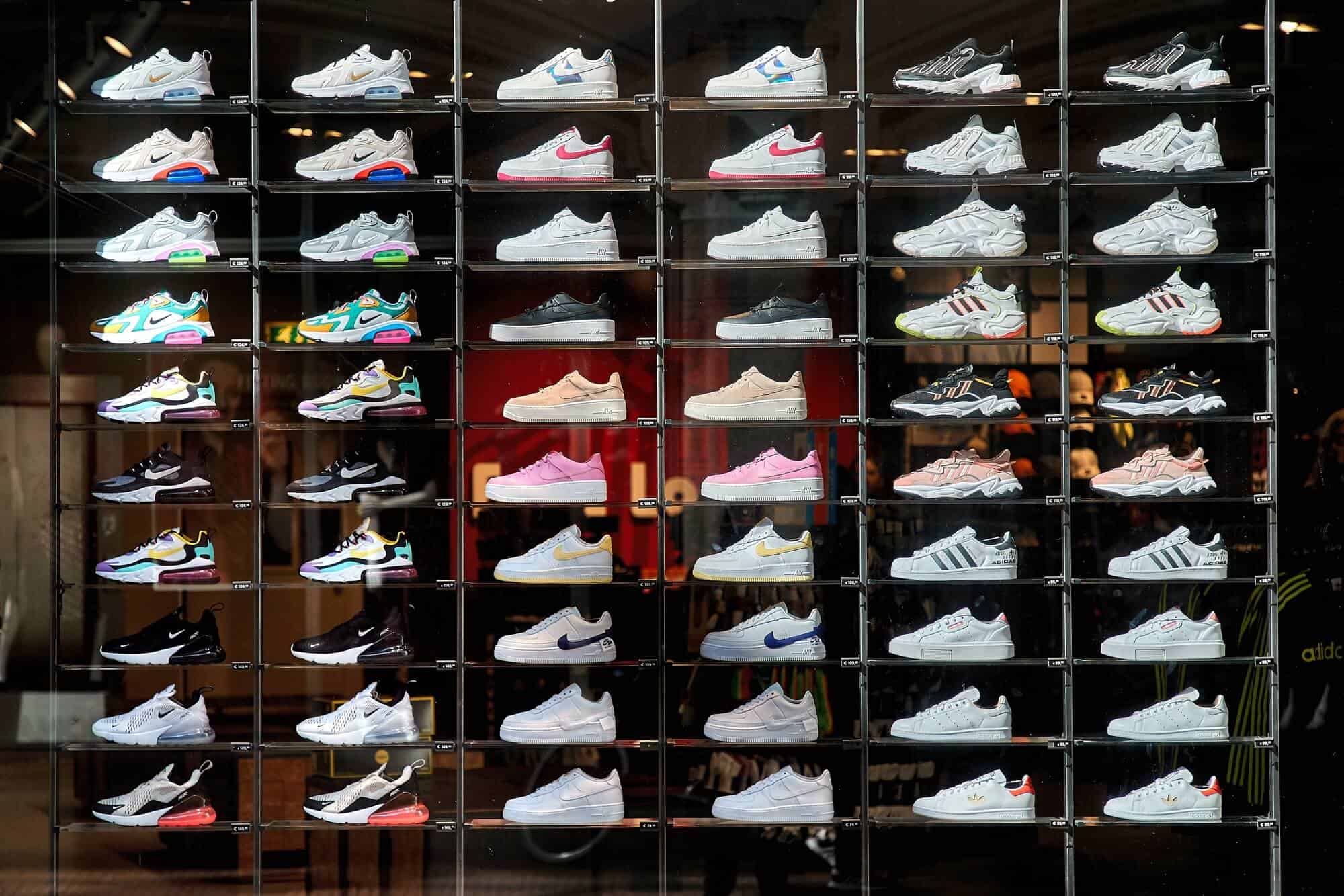 “When two athletes are equal in strength and determination, it’s the gear that sets the winner.”

Running is one of the most demanding sports out there. It takes a toll to improve and an even bigger one to stay fit. To make that journey easier, you’ll need every edge you can get.

Good running shoes won’t only help you to run more comfortably, but they will also prevent injuries and keep you running longer. With tens of brands out there, it can get a little tricky to find the shoes that meet all your needs.

In today’s spotlight, we’re having a Nike vs Puma running shoes battle.

We’ll walk you through everything you need to know before getting yourself the suitable pair. Technology, style, and cost will be our main comparative factors. 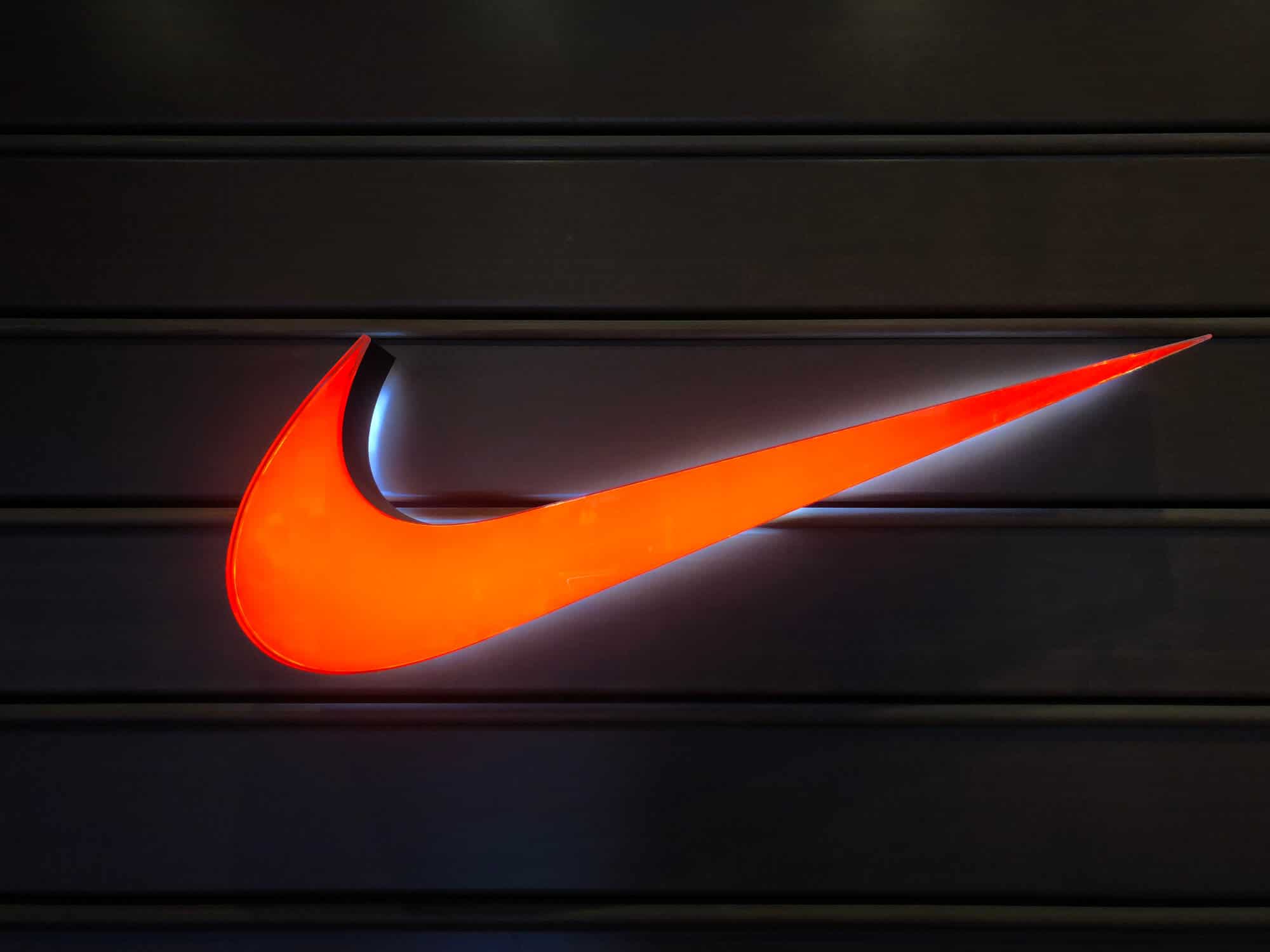 Through years of sheer determination and commitment, Nike managed to make some award-winning commercials. It even won an Emmy Award both in 2000 and 2002.

In the athletic shoes market, Nike dominates and takes around 62% of the market. In 2020, Nike was valued at a little over $32 billion, which makes it the most valuable sports brand out there.

As of writing this article, Nike’s founder and entrepreneur Philip (Phil) Knight is still alive at 84 years old. 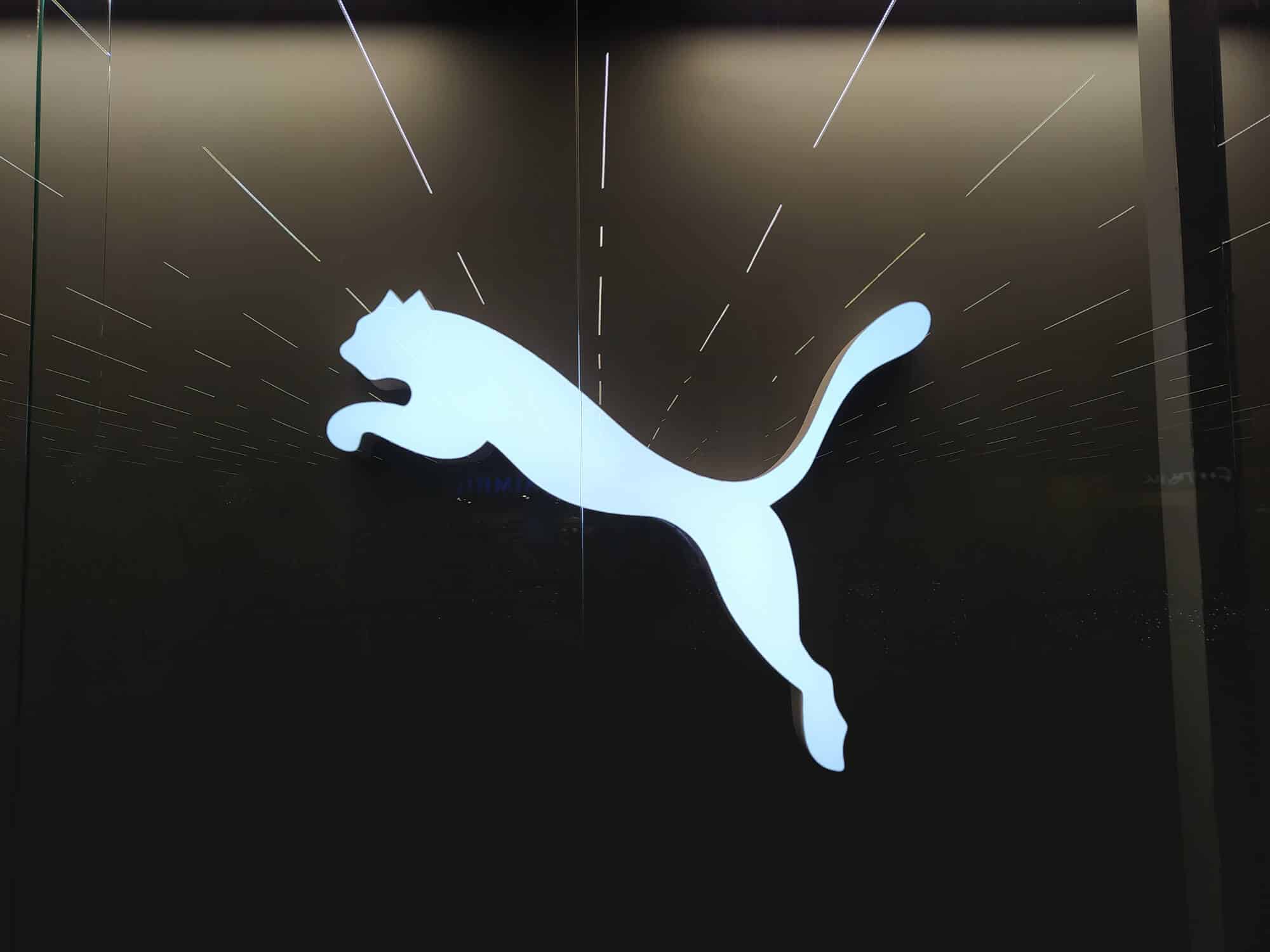 The 3rd largest sportswear manufacturer, Puma, came into existence because of a disagreement within Adidas. Adolf (Adi) Dassler and his brother Rudolph Dassler were both working together under Adidas for around 20 years.

Adi was the reason behind a one-year imprisonment of his brother Rudolph. When Rudolph came out, he tried to retaliate against his brother but failed in the process.

That marked the ending of the relationship between the two.

Adi continued his progression in Adidas while Rudolph strived to create his own business. On October 1st,1948, Puma was born.

The acronym PUMA stands for “People United Means Action.” As of 2022, Puma is operating in over 120 countries, endorsing over 16,000 employees, and having total equity of over $1.9 billion.

Before placing both running shoes head to head, let’s see the aspects they do equally:

Both Nike and Puma are well known for their reliability and high-quality materials. You can expect a long-lasting pair of shoes from both brands.

Worn casually, you can expect an average lifespan of 3 years from both brands. Running constantly will reduce that lifespan depending on how often you run.

Both brands don’t fall short when it comes to innovation, design, and modernity. We have to give a slight edge to Nike in this category, though.

Nike has recently revealed a self-lacing basketball shoe using a power lacing system called Nike Adapt. Users can find the perfect fit for their feet using a mobile app that connects to the shoes.

Since it’s not a “breakthrough” technology, we decided to include it in what we consider similarities between both brands.

Nike and Puma use a similar sizing chart. Let’s say, for example, that your shoe size is 4.5. You wouldn’t expect every brand’s 4.5 sizes to fit your feet, right?

Nike and Puma don’t have those differences. You can comfortably expect similar fitting sizes from both brands.

Here are the differences that usually split the buyers between Nike and Puma:

Nike and Puma are both known for having various designs that should meet the taste of many people.

You could say that Puma has more “class” than Nike despite having a narrower range of choices. The colors and shape differences are also in Puma’s favor.

Since Nike has the wider range and Puma has the classier and more fashionable designs, we’ll leave this as a tie (no pun intended.) 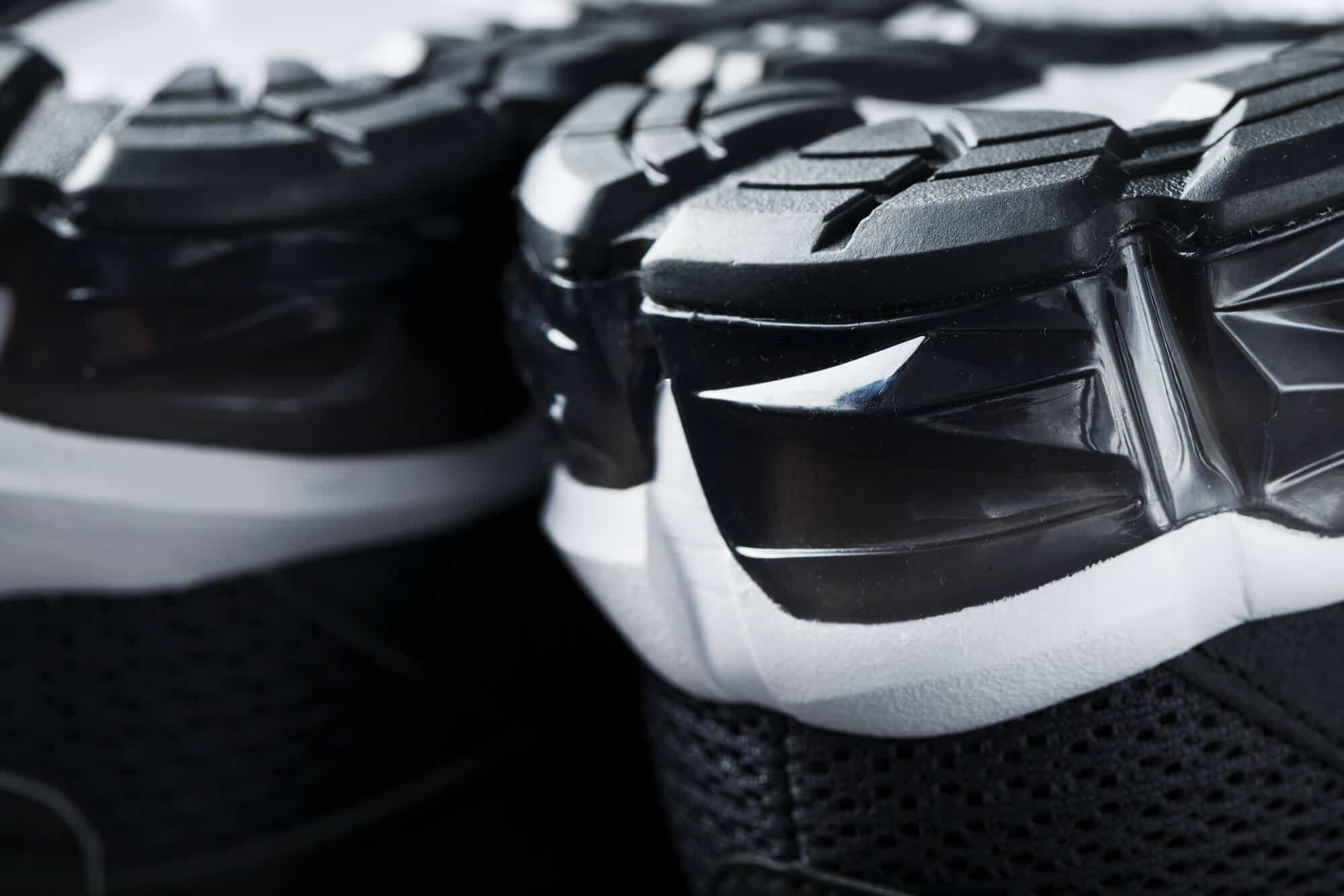 The main enemy of runners is ankle injury. Runners often need to go over various obstacles with different surfaces. Because of that, a cushioned pair of shoes that can minimize the impacts is of utmost importance.

Nike is a pioneer when it comes to cushioning technologies. What they sometimes lack in design is easily made up for in comfort, fit, and support of its shoes.

Nike implemented various cushioning technologies in its shoes like Zoom, Free, and React.

Nike Zoom is fantastic for impact absorption and minimizing injuries. The bottom part of the shoe is designed to “squish” on impact to absorb and minimize it. Nike Zoom-based shoes are best used for running.

Nike Free is inspired by barefoot running on grass. Low mileage-barefoot running on soft surfaces improves foot health and allows it to be more flexible. Nike free offers a barefoot-similar experience without having to get your legs dirty.

Nike React is designed for maximum comfort by introducing foam inside the shoes. While not suitable for fast-paced running, Nike React-based shoes are best used for long walks or easy jogs to prevent wrinkling the foam.

Puma isn’t as versatile as Nike when it comes to cushioning technology. Most of its shoes are designed to fit midfoot strikers. Midfoot strikes are those who land at the center of their feet as they run.

That doesn’t mean that Puma is vastly inferior to Nike when it comes to cushioning. While Puma’s shoes aren’t as innovative in cushioning technology, they could still help you run with comfort.

Some popular models like the Puma Velocity Nitro are superiorly good. They can easily take you to run a 5K without noticing any performance difference between them and their Nike peers.

Still, because of the vast innovation in comfort and support, Nike wins our cushioning technology comparison.

If money was no issue, both brands would have the same target audience. However, Nike is more labeled as a luxurious brand than Puma.

The average cost of Nike running shoes is around $110. On the other hand, Puma’s running shoes average at $80 which is considerably less than Nike.

Nike has more brand power and a good portion of the cost comes from brand name alone. Some people would gladly pay some extra money just to be “labeled” as wearing or owning a certain brand.

We’re not demeaning this, we’re just saying that it’s a selling point at Nike.

Since Puma gives you more bang for your buck, it’s the winner of our price competition.

The upper of the shoes is the part that encases the foot. Nike and Puma both don’t fall short regarding materials used and support of the shoes’ upper. However, Nike has a slight edge because it provides additional lateral support using what they market as “Flywire” technology.

We’ll be honest and say that not every pair of Nike’s running shoes implements that technology. It may give Nike’s shoes a slight edge over some Puma shoes but it’s not significant enough for us to give the “upper” hand to Nike in this one.

The bout goes to both brands here.

So, Nike vs Puma Running Shoes, which one of them is better? Nike has overall better shoes but it still depends on what you need.

Both brands will offer anything you might need in your running shoes. Nike has some extra tricks up its sleeve but they don’t justify the large increase in the price.

Puma is more focused on efficiency and affordability while still providing superior quality. If you want the better shoes and you don’t care about the price, Nike should have you covered.

If you prefer to make use of every penny and save money, Puma will have everything you need at a more adorable price.