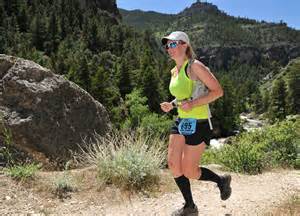 A lot of people have started making the transition from traditional marathon running to ultra marathons, soul crushing endurance runs. The most common of this is going to be a 50k trail race, which is only another five miles or so. Anyone who has run a marathon can tell you that another five miles seems like a tall order, though. In terms of sheer endurance, a 50k race doesn’t require much more effort, relatively speaking, but it is its own monster in a different way.

Training For A 50K

For a road marathon, long slow runs probably make up the majority of your training. With a trail run, however, you legs and shoes have to be ready for much more than just a steady pounding of the pavement. Trails are filled with inclines, declines, rocks, streams, fallen branches, and more.

Preparing for an upcoming 50k trail race, you need to make sure that you add more hill repeats and core cross training. An all around strong body is a requirement for this kind of race. Also, your long runs should steadily be increased up to 26 miles, a standard marathon, whereas previously you might have stayed shy of even 20 miles. This can cause problems if you aren’t ready for it, so take your time!

Troubles Of The Trail

The long runs can be tough, but the hill sprints and weightlifting workouts are what make it possible to survive a 50k trail run. You have to deal with nature, not just a perfectly created asphalt road. You can’t just keep an eye on your pace and get through it, like you can with a marathon. You might jump over things, fall, trip, or run into a tree branch. A 50k ultra is more active than the shorter marathons. The microadjustments that your muscles make at every step make it much more exausting.

On The Other Hand

I maintain that a 50k ultra is harder, even if only in its own way. A road marathon is harder for many people. The faster pace and hard surface of the road make it a nightmare on the body. Many people take longer to recover and find that they injure themselves more in a single road marathon than on any ultra marathon run on a trail.

The people that believe this, in many cases, have a less than ideal training program, though. Not to belittle those that run marathons, but your body should be systematically trained to be able to withstand that kind of pounding. By the same token, if you are able to run a marathon without destroying your joints, your body is capable of running a 50k trail run. All that you will have to do is develop greater power and control. Your endurance will carry you a long way in a 50k, but your leg muscles might not agree once you begin constantly adjusting to changing terrain.

Can You Do It?

I hope that I haven’t discouraged you from either kind of race. They are both tough on your body, but proper training can remedy that. A 50k trail race is a great achievement, but not one that comes easy. Whether you have run a marathon before or not, chances are good that you’ll have a difficult time with the first 50k. By the end, however, you’ll be glad you did.

This article was written for RunnersGoal.com by James S., a guest author