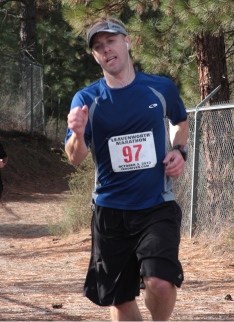 The year of 2013 has ended, and I’m excited to finally start setting my goals for 2014 and seeing what my old body can do!  But before I jump into looking forward, its important to take a quick peek in the rearview mirror and see how my 2013 goals ended up.

In a nutshell, I had 3 primary goals that I wanted to accomplish in 2013.  I’m going to cover each of those in detail below with the results.

Overall, I share my goals publicly to keep me motivated, focused, and accountable to myself and others.  I highly recommend that you do the same.  If sharing my goals, failures, and successes can in some small way help others to stay fit, live longer, and accomplish their goals then I would truly be happy indeed!

So, here are my goals as I originally listed them at the beginning of 2013, along with how I did:

Oh why do I set such ambitious goals?!  At the beginning of 2013 I weighed in at 142 pounds; and a goal to get down to 127 lbs.  Although, I had an exceptional year hitting my other running goals, I never hit my weight target.

Looking back, its a little ambitious and probably a bit much.  At 135 lbs, I’m pretty lean (10% body fat) and in great running shape.  I really probably don’t need to get much below that.

Overall, I believe the lowest point of the year was at about 132 pounds just before the Leavenworth Marathon this year (where I set a PR).

So, even though I “failed” this goal; I actually did very well in keeping the weight off for most of the year.  I was basically always less than 140 and mostly close to 135, which is a very healthy range for me.

That is of course until the Holidays in December this year…I started to let myself slack off again and the weight ticked back up.  But overall, I stayed healthy and fit.  I won’t complain too much.

Again, this was a pretty ambitious goal. However, I’m happy to say that I came REALLY close to accomplishing this goal as well.

I was able to set PRs in the 5k, 10k, half marathon, AND full-marathon distances!  The only one I missed was the 1 mile; and honestly, I never got around to actually running a 1 mile for time.

Here is a chart with all my PRs below:

I did not attempt a 10 mile race or a 1 mile race; otherwise, I really believe that I would have set PRs in those distances as well.

Its great to look back on the year and see some improvements in all my races!

Goal 3: Place 1st or 2nd in my age group during any race – Failed

I was really hoping that I would end up near the top of my age group in at least one of my races, but alas, I was not.  Despite the fact that I was faster in 2013 than 2012, I moved into a more competitive age group this year.  I’m now in the 35 to 40 age group, which apparently has faster runners in it.

I guess I don’t have a whole lot to say, I didn’t accomplish this goal.  Oh well.

Overall, despite not hitting all my goals, I’m still happy with the way things went in 2013!  I hit several PRs and was in probably the best shape of my life – or at least close to it.  At the end of the day, I’m looking to stay healthy and hopefully extend my life a little bit.

I’m now looking towards 2014 and what I can accomplish.  I will have that post out soon.