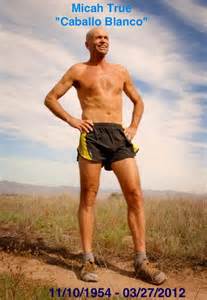 It seems reasonable to assume endurance athletes face risks from putting extreme pressure on their bodies.  Prolonged physical stress and strain can easily go beyond the body’s limits, and it’s not always easy to know where that limit is.  For many people, it’s perfectly safe and healthy to train up to half marathon or marathon distances.  Running even in shorter distances and smaller doses can have huge health benefits and help us reduce our risk for things like heart disease, weight gain, and even some cancers.  What about those of us who want to go for extremes and complete an ultra-marathon?  Can it be done safely?  Is it bad for your heart?

When an athlete dies during an extreme competition, the sad news is often made into a sensational story, warning people against the deadly effects of endurance running.  Because the only time people hear about some competitions is when something tragic like this happens, there is the popular idea that distance running is dangerous.  The question of ultramarathon safety cannot be answered solely on our opinions and personal anecdotes.  To really understand what is safe and what isn’t, the best approach will be to refer to reliable medical sources.  People who want to start or increase an exercise plan should also consult their doctor as each body is different and safety should be top priority.

On the surface, there is a good amount of scholarly information available regarding the health effects and possible risk of distance running.

“Emerging data suggest that chronic training for and competing in extreme endurance events such as marathons, ultramarathons, ironman distance triathlons, and very long distance bicycle races, can cause transient acute volume overload of the atria and right ventricle, with transient reductions in right ventricular ejection fraction and elevations of cardiac biomarkers, all of which return to normal within 1 week.”

For this discussion, we don’t need to go into exactly what the medical terms are because their conclusion is that the effects of strain on the heart “return to normal within one week.”   The study goes much deeper than this and covers some exceptions:

“Over months to years of repetitive injury, this process, in some individuals, may lead to patchy myocardial fibrosis, particularly in the atria, interventricular septum, and right ventricle, creating a substrate for atrial and ventricular arrhythmias.  Additionally, long-term excessive sustained exercise may be associated with coronary artery calcification, diastolic dysfunction, and large-artery wall stiffening.”

The key here is “in some individuals.” They don’t know exactly who will develop problems, but it is possible to do damage to your body with ultramarathons and prolonged endurance running. This particular study notes that “this concept is still hypothetical” and goes on to say that “there is some inconsistency in the reported findings.” So before you decide to give up on training for long distances, keep in mind that the Mayo Clinic states “lifelong vigorous exercisers generally have low mortality rates and excellent functional capacity” even though there may be a risk to a small number of people. As is the case with a lot of exercise science findings, they wrote that the findings “warrant further investigation.”

PubMed summarized the findings of a study that looked at 40 endurance athletes who had participated in a marathon or what they called an “ultra-triathlon.” The heart function of the athletes was tested immediately after the endurance race in which they participated, and then they were tested again after one week. After the endurance events, there was a temporary and small “drop in the efficiency of the right ventricle, the chamber of the heart that pumps blood to the lungs,” but the findings stated that “dysfunction fully recovered after one week for most athletes” and only five out of forty “had signs that the dysfunction may have lasted longer than a week.” The athletes who experienced a prolonged dysfunction “tended to have been competing in endurance events for longer (about 20 years).” This seems to suggest that the increased risk of prolonged damage to the heart for endurance running is more likely in people who have been doing it for decades, perhaps also because of advanced age. The problem here is that the study only looked at forty people—hardly enough to come to a clear conclusion. The fact remains that the majority of people tested only had temporary “dysfunction,” followed by a full recovery.

Other sources have noted the growing concern for the safety of marathon running and have researched the mortality rates among people who completed a marathon. One study from Julius Johns Hopkins University School of Medicine looked at marathon runners who died within 24 hours of completing a marathon over the span from 2000 to 2009. They found that, though the number of people who participated in marathons increased from 299,018 in 2000 to 473,354 in 2009, there has been no “change in mortality or average overall performance.”

The difficulty in coming to a clear conclusion still lies in the fact that a very small number of people appear to have been killed from extreme running. After ultramarathoner Micah True died, The New York Times covered the story and ran an article asking the question “Are Marathons Bad for the Heart?” After looking into available studies on this very question, they concluded that “distance running and racing are extremely unlikely to kill you — except when, in rare instances, they do.” Again, every person is different, and what will lead to a long and healthy life in most people may turn out to be just too strenuous on the organs of a very small number of people. It might not be this year or next year or in the next ten years, but it may be damaging your body, accumulating over time and leading to increased risk for ill effects.

The good news is that most of us don’t face increased risk for death because of running. We may run a half or full marathon here and there, but we are mostly training in moderation. We aren’t running fifty miles in the mountains, and we are certainly not hot on the heels of the guy in first place. If you keep in mind that more exercise does not necessarily mean better health, and you listen to your body and talk with your doctor, you should be able to enjoy running without experiencing any increased risk of health problems. You likely will only reap the benefits and wonderful serenity that comes from making running a part of your everyday life.

This article was written for RunnersGoal.com by Adrienne A., a guest author

1 thought on “Does Ultra Running Cause Heart Damage?”