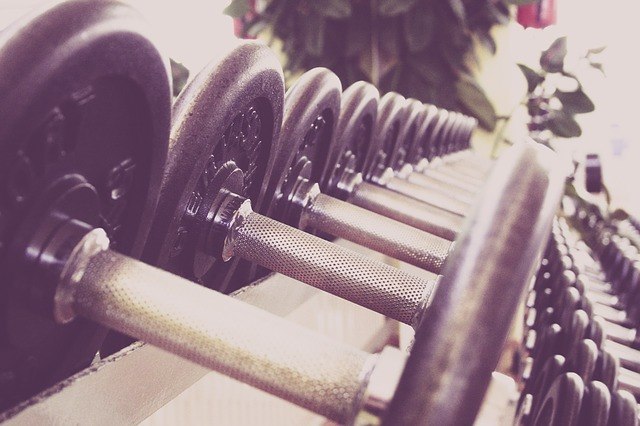 This question is as controversial as its counterpart: should weightlifters run?

The answer to both is the same: it depends on what your goals are.

Although there are general benefits to strength training, you probably don’t need to lift weights as a runner if:

Conversely, you would benefit from lifting weights if:

For the latter group, let’s dive deeper into why runners should lift weights.

The formula for how fast you run, or the distance you can cover in a specific period of time, is quite simple:

Strength training will help you run faster by increasing stride length. The stronger you are, the more force you can generate per stride, which translates into a greater distance covered per stride.

Some runners try to increase stride length by reaching further forward with each step, but this would be an example of poor running form and will eventually lead to an injury. Proper running form dictates that your feet should be directly under your center of gravity (hips) when you land.

Now, it’s obvious why having a greater stride length is optimal for sprinters, but what about distance runners?

How distance runners benefit most from strength training is explained next.

Running economy is described in this article as follows:

Running economy (RE) is typically defined as the energy demand for a given velocity of submaximal running, and is determined by measuring the steady-state consumption of oxygen (VO2) and the respiratory exchange ratio. Taking body mass (BM) into consideration, runners with good RE use less energy and therefore less oxygen than runners with poor RE at the same velocity.

Continuing with this analogy, given two cars with the same amount of fuel and travelling at the same speed, the car with the better gas mileage will be able to maintain that speed for longer and travel a greater distance.

What this means for you is that you will be able to maintain your race pace for longer before running into exhaustion.

One of the most important benefits of strength training is resilience against injuries.

This article from Running Connect reveals that 79% of runners experience at least one injury per year.

Strength training can help correct both of these issues.

Your structure, in this context, is made up of your bones, muscles, tendons, and ligaments.

Structural imbalances, such as severe weakness in a group of muscles, are known to cause injuries. For example, weak hips have been link﻿﻿﻿ed to knee injuries.

With strength training, you are able to target your weaker muscles groups to bring them up to same strength level as your other muscles for a better structural balance.

As you train, chances are that your metabolic fitness will outpace your structural strength. You will feel like (and try) to go further or faster, but because you are structurally weak, you are more likely to get injured. Your bones, muscles, tendons, and ligaments are not strong enough to handle the physical stress put on your body during these hard runs.

A good strength training program will be able to improve your overall structural strength and allow it to catch up to your metabolic fitness.

Although not all runners need to lift weights, I think all runners would benefit from some form of weight training.

Now that I am doing both, I feel more like a well-balanced athlete.

If you want to take your running performance to the next level, try lifting weights during your next training season. There are no downsides, but as you just learned, there are plenty of benefits.