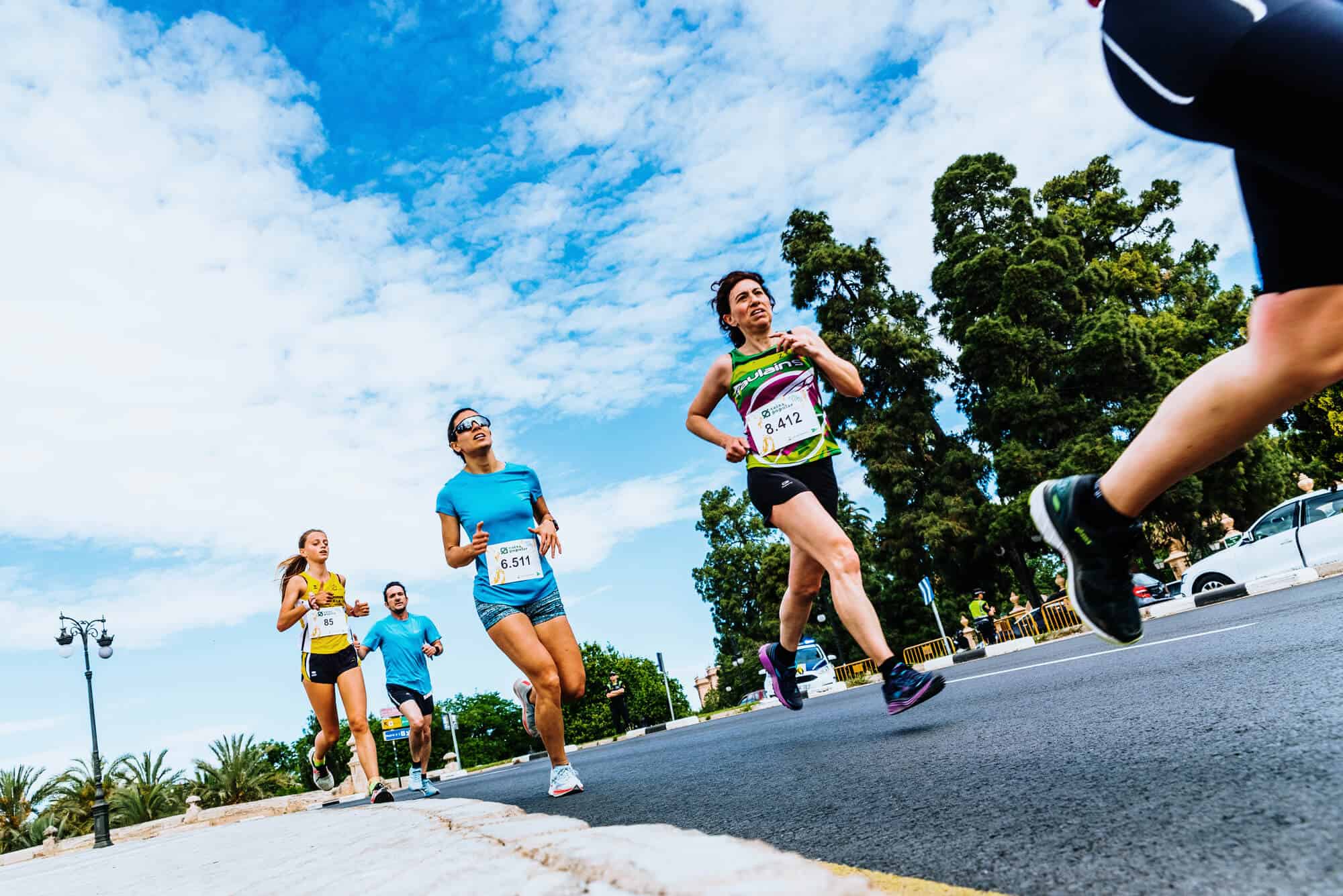 How Many Calories Are Burned Running a 5K

Finally managed to run a 5K in one go? Well, it’s definitely a milestone worth celebrating, no matter what your end goal is. But, if you’re trying to lose weight, you might simply ask, “How many calories are burned running a 5K?”

How Many Calories Are Burned Running a 5K? A runner can burn up to 350 to 400 calories when running a 5K race, which translates to around 100 calories per mile. However, these values are only based on average calculations; they can be higher or lower depending on your form, speed, the weather, and more.

In this article, we dive deeper into this topic to help you get an estimation of the number of calories you burn if you jog for 3.1 miles straight. We’ll also give you some tips on how to make the most of your 5K run so that you burn more fat.

How Many Calories Are Burned Running a 5K: Factors That Affect the Number of Calories

A few things have an impact on the calories you burn during a 5K run, and these are your weight, speed, gender, weather conditions, and running surface.

Let’s explore each one of these factors in-depth so that you have a clear idea about their influence on your running.

Undoubtedly, your body weight is a huge determiner of the number of calories you get to burn in a 5K. Generally speaking, the higher your weight is, the more calories you can say goodbye to when running the same miles as someone else who weighs less.

And it doesn’t take an incredibly high IQ to understand the secret behind this either!

Simply, a bigger person’s body has to work extra hard to carry and move all the additional weight they’re carrying. This added effort increases the overall number of calories burned. 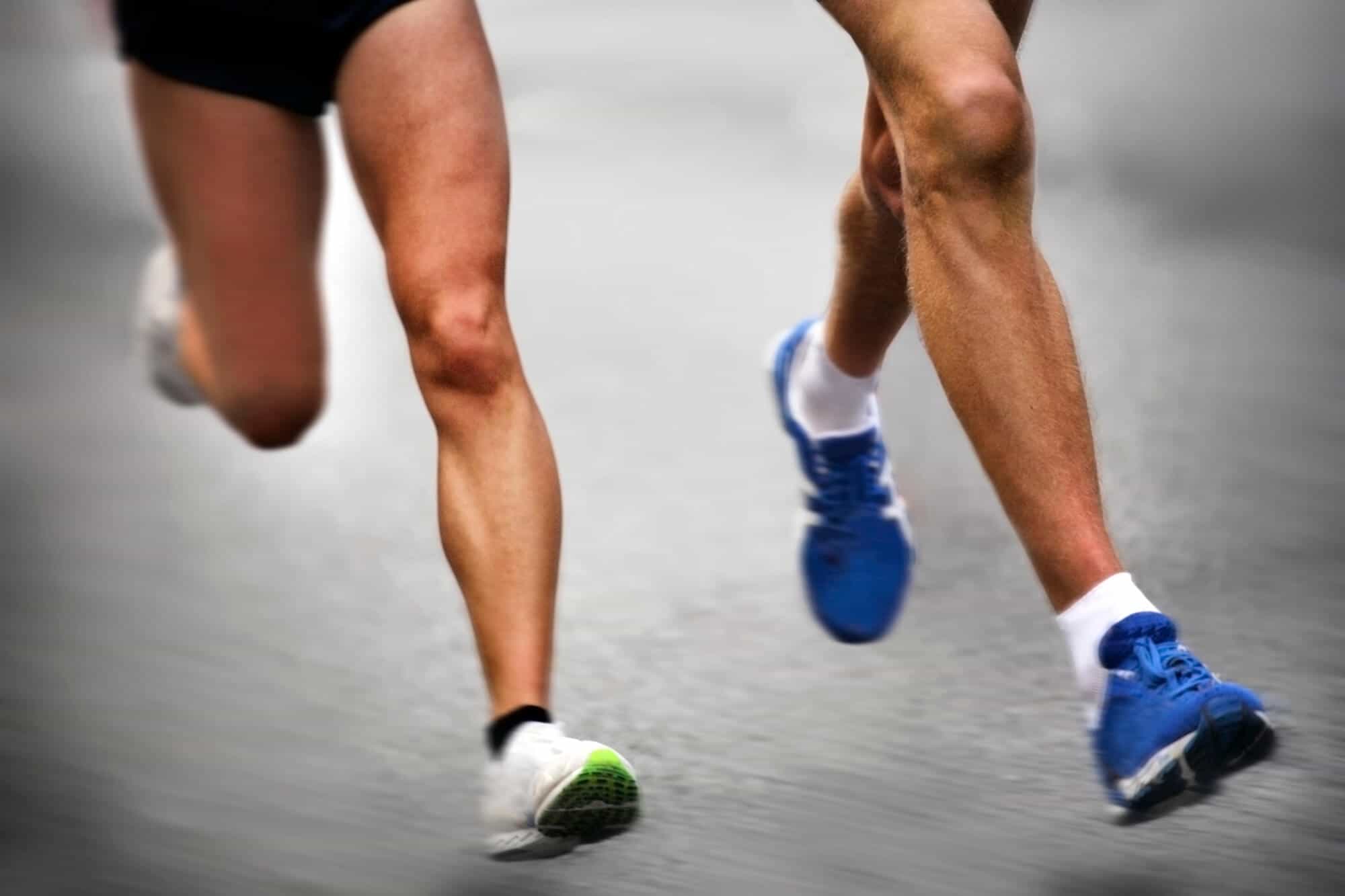 Of course, speed is another major factor that can increase or decrease your calorie burn rate. If you run at a relaxed pace or a light jog throughout your 5K, you’ll burn much fewer calories than if you switch between medium and fast pace.

The reason behind this is that your body will need to consume more fuel in order to reach those higher speeds. Therefore, it will burn more calories in a short amount of time.

Still, this might not be the case if we’re comparing an experienced runner to a beginner or someone who doesn’t go on regular runs. In this case, a professional will burn fewer calories at higher speeds than the other two because his body is accustomed to the effort.

There isn’t enough research to explain the exact reason why the calorie burn rate slightly differs between men and women. It can be because men have more muscle mass or just the mere nature of men’s and women’s bodies.

Yet, generally, women tend to burn fewer calories than men when participating in the same physical activities under similar circumstances.

Therefore, it’s fair to assume that men can get rid of more calories during their 5K runs than women have the ability to.

Even the weather has a direct effect on how many calories you get to burn off your body while running a 5K race.

For example, warm summer days will surely have you sweat more, losing all the stubborn water weight in your body faster.

Also, windy days can be your friend since the air that keeps pushing you back will need you to use more energy to run through. This will require more effort than simply running in a no-resistance environment, which will eventually burn more calories.

Never underestimate the impact that the environment has on your fat burn rate while running.

For instance, running on your flat treadmill is different from jogging on more challenging surfaces like a dirt road or a forest path. In the first scenario, there will be no road obstacles, air resistance, or other things you’ll need to overcome to keep your pace.

The rougher the terrain is, the more work your body will put into controlling your strides and battling the tough elements.

Plus, you shouldn’t forget how running up and down hills has a magic of its own. Your body will put more effort into getting up an incline than merely running on a flat surface.

How to Calculate the Exact Number of Calories Burned Running a 5K? 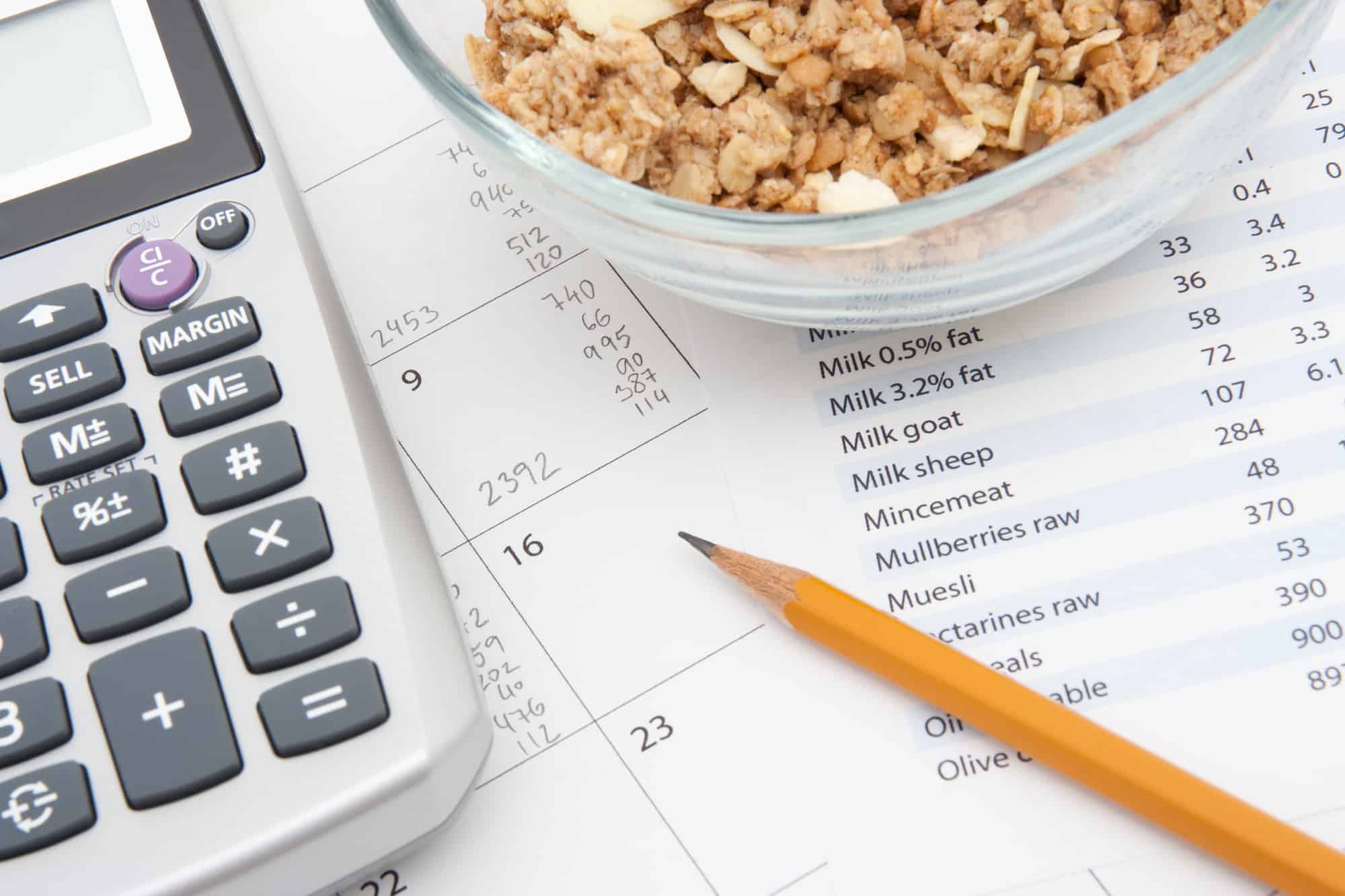 With advanced technology at our fingertips, it’s a breeze to figure out exactly how many calories you’ve burned during your 5K run. No complex calculations are required!

The simplest way to do this is to install a fitness tracker app on your phone. There are numerous applications in this category designed for both Android and iOS smartphones, so you’re bound to find one that fits your specific needs.

Some of our favorite calorie counting apps are:

Those apps also work seamlessly with smartwatches to calculate the calories burned during your runs or workouts.

Another method you could follow to figure out the number of burned calories is to use a fitness tracker. Products made by famous brands like Fitbit and Garmin offer you a real-time calorie count. Doesn’t it feel great to see the number climb higher the farther you run?

If you’re running in a more controlled environment, like on a treadmill, you’ll also find an estimation of the number of calories you burn. However, in most cases, the results won’t be as accurate as of the ones you’ll get out of a fitness tracker.

The reason why most treadmills don’t show accurate calculations is that they don’t factor in your body weight as well as other relevant data that could affect the calorie count.

Still, some treadmills let you fill in this data manually or have sensors that detect your heart rate to give you correct results.

How to Burn More Calories While Running a 5K? 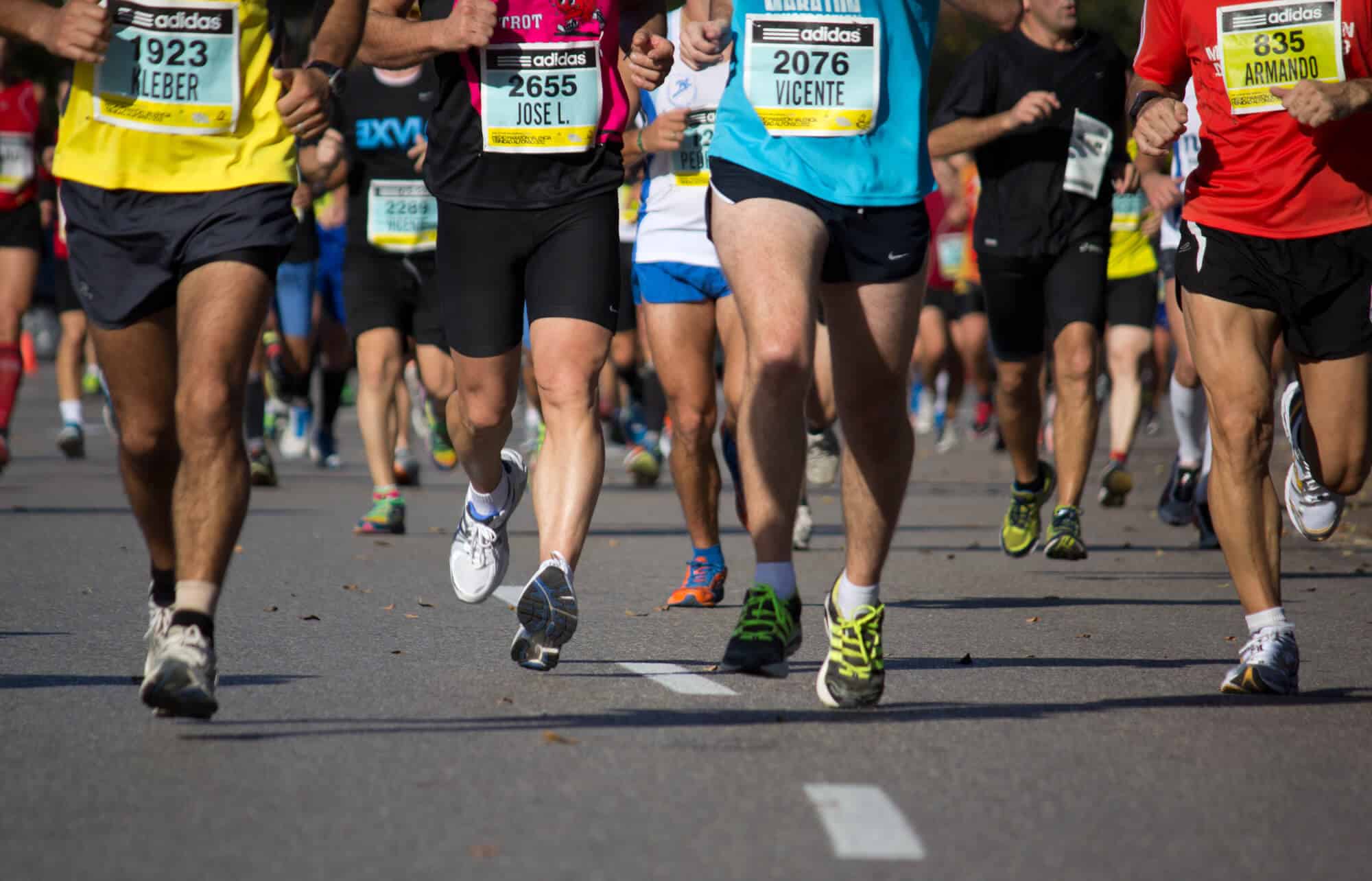 Now that you’re aware of the factors that come into play to boost or lower the calories burned during your runs, you can tweak them to make the most out of your 5K.

Here are a few guidelines you’ll want to follow to reach that goal.

To Wrap It Up

Knowing how many calories burned running a 5K is a must if your goal is to lose weight through running. Even if that’s not your ultimate objective, you’ve probably wondered about the fat you’ve managed to melt off your body after participating in a 5K race.

Now that you’ve read our article, you understand that, on average, a person can burn off 350 to 400 calories after running for 3.1 miles.

Still, this number could be slightly higher or lower depending on several factors. These include body weight, gender, speed, environment, and the weather.

Luckily, using a dedicated smartphone app or a fitness tracker should give you an accurate calculation of the calories you’ve burned in your 5K. So, whenever you’re in doubt about the fat you’re burning, remember that your phone is here for the rescue!