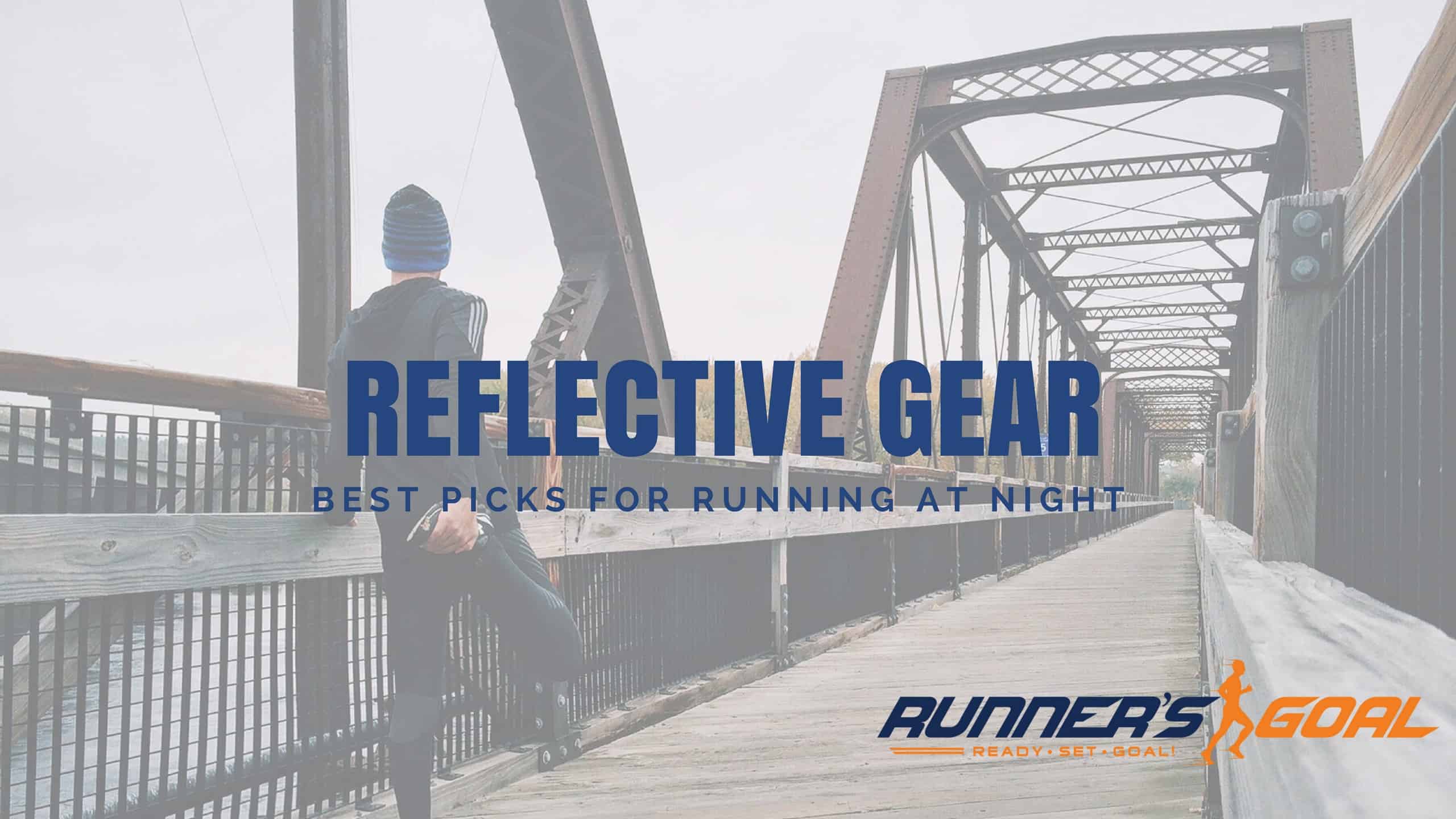 ​Whether you’re trying to tear up the roadway in an effort to improve your body or clear your mind, you want to be safe while doing it. That’s where the best reflective running gear can come in handy.

The number one goal of every runner should be to return home safely after their run.

When you own more neon and bright colors than Rainbow Brite, you might already feel protected. While those neon colors are a good choice for visibility, once the sun goes down, their power is limited.

That’s when it pays off to wear reflective material. Even if you go for a predawn run or you lace up your shoes after work, long after the sunlight has faded, reflectivity will help you stay visible to motorists.

Every year there are a number of accidents that involve cars and runners, and they never turn out well for the runner involved. Your best bet is to prevent an accident rather than try to recover from one.

While motorists should always be on the lookout for potential hazards while they’re driving, at the end of the day, no one is more invested in our safety as runners than we are. We need to be proactive rather than reactive when we’re pounding the pavement.

Stacking the deck in our favor when it comes to safety is a measure every runner should take. The best chance we have to avoid being hit by a car is to make ourselves stick out when we’re running. Reflective gear is one of the best tools we have for doing that.

The simple act of strapping on some reflective gear could literally save our lives.

What Kind of Reflective Gear Is Available?

In an effort to make things safer for runners and to fill the demand created by the popularity of running, companies have been rolling out the reflective gear. We’ve even entered the race, so to speak, by unveiling our own runner’s safety package.

A wider variety of products is wonderful news for runners because it means we have a greater choice than ever as to what kind of gear we wear.

You aren’t limited to just reflective running jackets either. You have a huge arsenal at your disposal––you can use a reflective vest, arm bands, ankle bands, hats, belts, and running shoes. You can use as much reflectivity as you want, or you can go with some simple well-placed stripes.

What Should I Look For When Choosing Reflective Gear?

Before you order any products, you should carefully consider what will work for you. It’s okay to take your friends’ recommendations on products, but what works for them might not be a good choice for you.

So check out these factors you’ll want to think about before making a purchase. They might save you some frustration and money. By choosing a product that’s right for you the first time, you won’t have to buy multiple products before finding the right one.

When you want a lot of reflectivity but you don’t want the heat a full-fledged jacket will bring, you should consider a running vest. You’ll still keep your core covered in reflective material, but you won’t feel like you’re going to overheat with every step you take.

Reflective ankle or wristbands can provide just enough reflective material for you to be noticed without making you feel like you’re completely wrapped in reflective material. The movement of your hands or legs while you’re running will help draw attention to the fact that someone is running on the roadway, which should prevent motorists from hitting you.

People who are looking for more color choices than the typical neon yellow reflective running vest might appreciate that this one offers two additional color choices, including pink and orange.

This running vest will provide super high visibility with its white reflectivity. Motorists will be able to see you from up to 1,000 feet away.

If you hate the idea of wearing reflective jackets because they seem too large, hot, or just plain annoying, you might want to check out a running belt instead.

And the Winner Is…

The Freemove vest is one of the best reflective running gear pieces for those who are looking for protection on the roadways without spending a ton of money.

It provides 360-degree visibility as well as a zippered pocket for your belongings. The vest won’t shift around on you when you’re running and it even comes in extended sizes so runners of most sizes can use it.

This vest also comes with extras, including two bands for your wrists or ankles and a mesh storage bag.