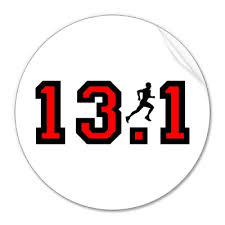 Last week was the Tri-Cities Half-Marathon held in Richland, WA.  It was a great event despite the fact it was run under a high wind advisory.  Spencer did a nice job of summing up the event in review (See Spencer’s Review Here).

I was happy with how the half-marathon went considering it was run in a pretty solid wind and well was in February.  I don’t know about you but in February I am just starting to get out of my winter hibernation.

I managed to finish the race in 1:25:24 which got me got 9th overall and 2nd in my age group.  It actually was a pretty competitive race since the some of the big boys came in from out of town.

Overall the race was won by Jacob Puzey who is the cross-country coach at Hermiston High School in Oregon and, in addition to being a former top competitor in Division I track and cross-country in college, is currently one of the top road and trail runners here in the Pacific Northwest.  Check out his Blog about reviewing the Tri-Cities Half-Marathon (click here).

The Shock of my Life

I was please to find out that the USRA Half-Marathon series will be holding an additional half-marathon in the Tri-City area on July 6, 2013 (Columbia River Half-Marathon).  That is great and it is nice that the Tri-Cities is starting to get some more quality race events.

The interesting thing was that when I told my wife about the Columbia River Half-Marathon instead of being her usual supportive self who accepts and encourages me to participate in such events, she paused, sort of looked at me and said, “do you think there is enough time between now and then for me to get ready to run it.”

After a pause of my own, trying to verbalize something while returning from a state of disbelief, I said you should consider yourself signed up.  You have to realize that in the past she had been somewhat outspoken about her disdain for running.  By the next day I already had her registered for the race and her 12 week training plan put together.

I also recently have been iterating with another friend of mine who has been running for about a year and is planning to run the Lake Sammamish Half-Marathon in Issaquah, WA on March 9, 2013.  This will be his first half-marathon but he has run several other shorter distance races.

I am noticing a trend since it was just a few months ago that I was discussing with a friend of mine who was running his very first half-marathon over in Europe in late 2012.  He has since run several more and did well in the Tri-City Half- Marathon last week.

All of this made me reflect recently on the first time I ran a half-marathon.  It was back in September 2010 at the Indian Summer Half Marathon in Richland, WA.

The reason that I actually ran the half-marathon was because I was planning to try to train for the Seattle Rock n’ Roll Marathon that next June so I figured this would be a good way to try out a longer race since, well I had only run 5k since my return to running in later life.

In preparation for the event I started to escalate my miles and looking back over my running log, it looks like the longest run I did was 14 miles prior to the race and I had been hitting anywhere between 20 – 35 miles a week during the last couple of month leading up to it.

I was super weirded out that I was going to be trying a new distance and no matter how I did my time would live on the internet forever (I used to be concerned about things like that which is completely ridiculous).  I actually ended up registering as Ovaltine Jenkins which was an alias of Burton Guster on the TV series Psych.  I got a few odd looks when I picked up my race packet.

That has hence become a tradition for me to register under some assumed name from Psych in races that I am just doing for fun and not planning to push hard in.  During the Columbia River Classic 10 miler last year I registered as Methuselah Honeysuckle which the lady handing out race packets did not even come close to believing was my actual name.

Back to the Indian Summer Half Marathon

Anyway, so I found myself on the starting line thinking that this was a long race so hold back and everything will be ok.  Everything was ok until the gun went off that is and everyone went blowing by me.

What the heck, I have to go with these folks!  So I end up getting caught up in the most common mistake a first time half-marathoner can make, I got caught up in the race atmosphere and went out too fast for my level of fitness that the time.

I hit the first mile in around 7:45 and just sort of kept going after that until I made my second huge rookie mistake.  You know those water stations – yeah, I did not pay attention to them in 5ks either but they sort of are super important in half-marathons.  I figured they would just slow me down so I skipped all of the water stations – bad idea.

This lack of common sense led to yet another mistake – you know those nasty tasting energy gels things, turns out they have a purpose after all.

So I am cruising along at basically just under 8:00 mile pace until I hit mile 10.  In my pre-race thought process, this was the point where I was supposed to pick it up.  Yeah right!  I discovered that a combination of limited training, pace, skipping water stops, and being totally ignorant of that whole caloric intake thing leads to something called bonking.  Maybe you have heard it referred to as hitting the wall.  Whatever you call it it sucks and it is not supposed to happen in a half-marathon.

You can see my mile splits for that race below and as is evident, life got really bad that last 5k and in particular the last mile.  I had people blowing by me right and left as they were finishing strong.

That couple of miles was rough and I can only remember my mindset went from finish strong to just run in a straight line and do not fall over.

I cross the finish line in 1:45:52 which is actually not as bad as it felt.  So I basically stumble over to the grass any just lay there basically hoping that death would come soon.

While it was a little rough running it that race is probably the turning point for me to becoming an actual distance runner.

So as I reflect on my wife and my friends who are looking to break into the half-marathon distance, here are the 5 most important lessons learned I which I wish I had appreciated prior to my first half-marathon: