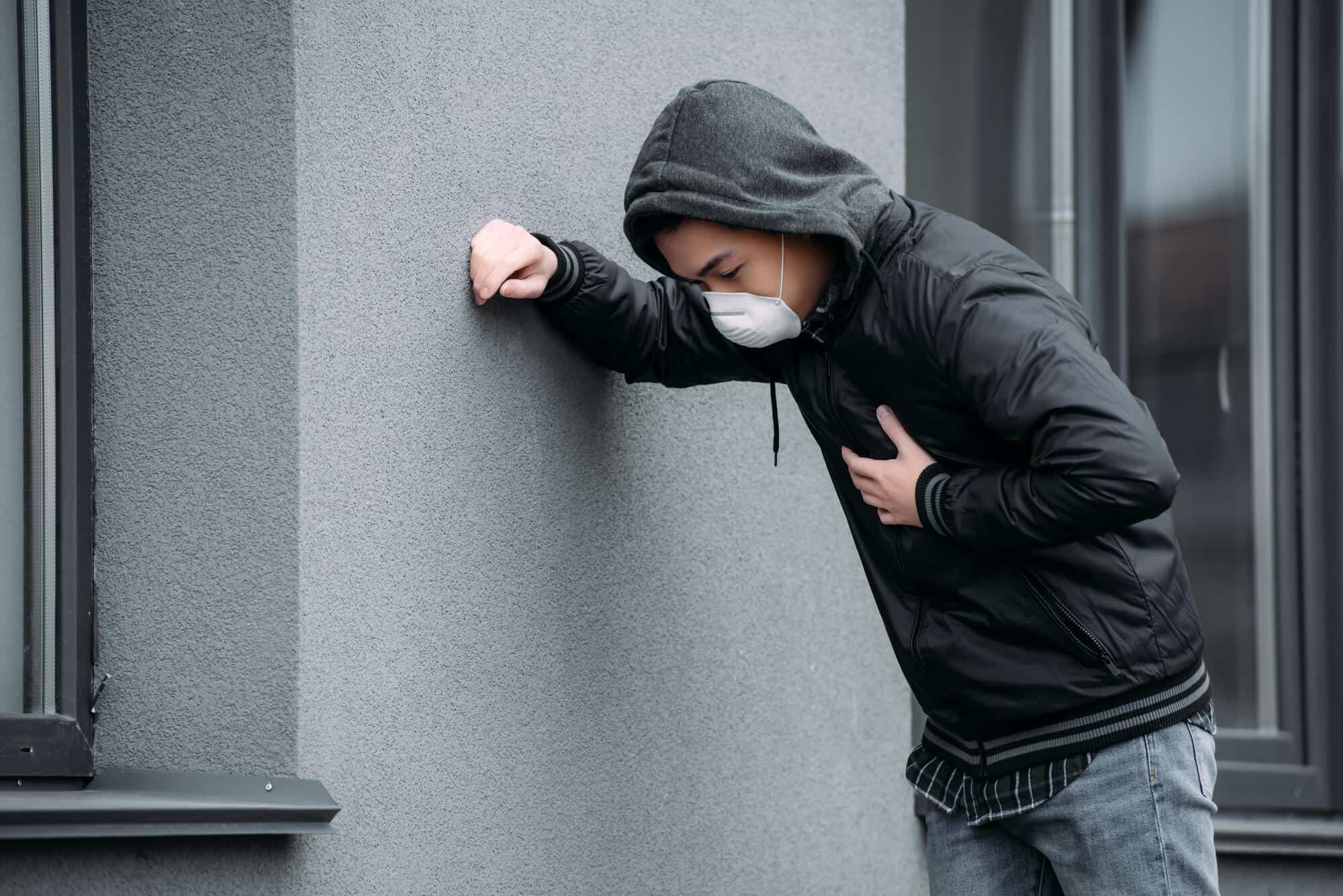 Why Do My Lungs Burn When I Run

Running is a high-impact exercise that increases both our heart and respiratory rate. However, for some people, running is often accompanied by slight discomfort or a burning sensation coming from the chest. This drives a lot of runners to ask “why do my lungs burn when I run?”

The burning sensation in the lungs is mainly caused by the buildup of lactic acid in the lung muscles (intercostal muscles). Yet, other conditions and problems could also cause similar burning sensations around the chest, which can be due to cardiovascular, physiological, or even digestive problems.

If you want to find out more about these issues and how to manage them, keep on reading this brief guide!

Why Do My Lungs Burn When I Run

Let’s start by having a quick look at the possible conditions and problems that might be the culprit behind chest burning sensation in the lungs:

Let’s start with the main reason why most runners feel a burning sensation in their chest while running.

Following any form of excessive exercise, our muscles will start producing lactic acid due to anaerobic respiration on a cellular level. This acid causes the soreness sensation in muscles after workouts, but the sensation is more like a burning sensation when it comes to the lungs.

If you’re new to running for long distances or at a relatively high pace, the buildup of lactic acid in the muscles around your lungs, especially the intercostal muscles and the diaphragm, will end up causing this pain.

However, you should generally avoid pushing your limits too much because it can also cause a wide range of injuries. Instead, you should run at a pace that you can comfortably talk with. This is known as “conversational pace” and is generally recommended for long-distance runs.

Running at high altitudes can also cause chest pain because the air gets thinner, which makes it less saturated with oxygen, and therefore, cellular anaerobic respiration kicks in.

Another major reason why some runners feel sudden chest pain while running is exercise-induced bronchoconstriction.

As the name suggests, this condition causes narrowing in the airways of the lungs upon heavy exercise.

The condition is common among runners that suffer from respiratory issues, such as asthma, but it can also happen to healthy runners.

In most cases, bronchoconstriction starts after exercising at a maximum level of activity for more than 30 minutes.

The condition happens due to various causes, including spasming of the muscles upon depletion of electrolytes and increasing the pace or the distance of your runs suddenly.

To overcome this problem, you’ll need to slow down your progression while running by following the 10 percent rule, which indicates that you only increase your exercise routine intensity by 10% once every one or two weeks.

Additionally, drinking enough water prior to running will help in preventing electrolyte depletion, which can cause cramping and spasming of lung muscles.

When cold air enters your lungs, it can cause an immediate burning sensation. Generally, we don’t feel that cold because we warm up the air as it enters our airways.

However, when you’re running, your respiratory rate increases, so the air doesn’t get enough time to warm up before it reaches the lungs, which causes a painful burning sensation in the chest.

Cold air is also associated with low humidity, which dries up your nose linings, throat, and bronchial airways.

The dryness leads to a scratchy throat and noticeable lung burning. For that reason, even if the air isn’t cold enough, running in regions with extremely low humidity can also trigger chest pain.

Instead, you should aim for running in regions where air humidity ranges anywhere between 40 to 55% 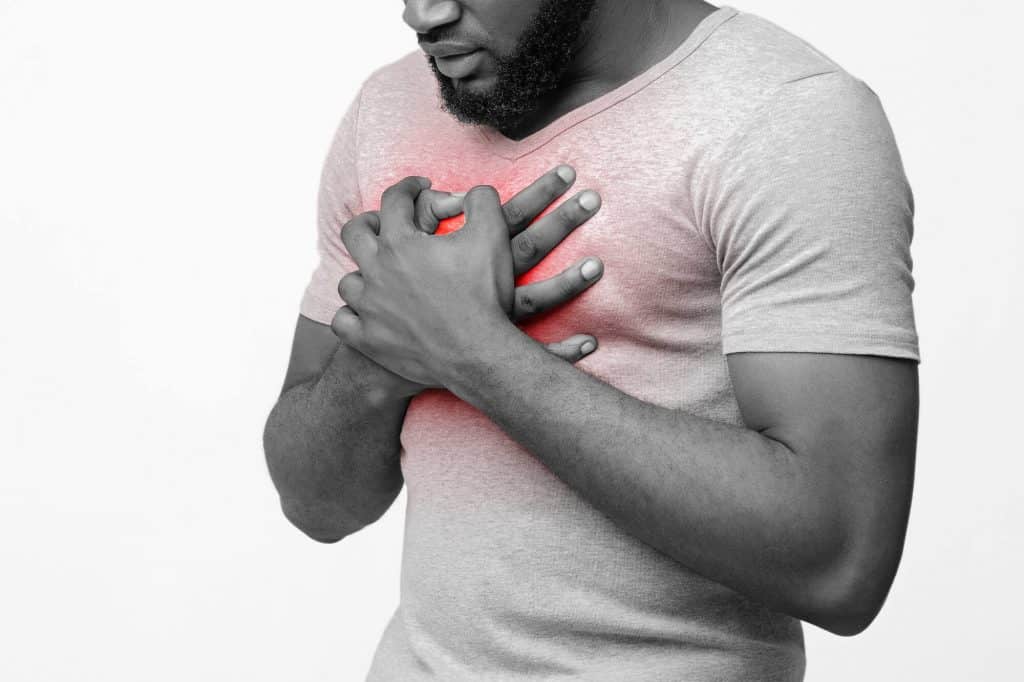 A lot of people might mistake acid reflux symptoms and pain in their upper digestive tract as burning lungs. This is one of the reasons why acid reflux is often called “heartburn”.

Gastroesophageal reflux disease (GERD) is a condition in which acids from the stomach buildup in the esophagus, and about 60 to 65 million Americans experience this condition at least once every month, according to a study about heartburn.

The pain caused by acid reflux is often described as a sharp burning sensation that is usually experienced following heavy/spicy meals and is accompanied by the following symptoms:

Luckily, there are plenty of treatments that can provide almost immediate relief from these conditions, whether they’re prescribed or over-the-counter antacids.

In addition to cold air causing a burning sensation in the lungs, heavily polluted air can also trigger chest pain which is often described as burning lungs.

This mostly happens when you run in areas where there’s plenty of exhaust smoke or near industrial areas.

If you typically run on sidewalks near a lot of traffic, consider switching your running routes to areas with less smoke and pollution to avoid chest pain.

In addition to the previously established exercise-induced asthma, regular asthma can be triggered easily if you’re running outside, especially when running in seasons where pollen is often suspended in the air.

While there are various forms of chest pain when you’re at rest, most of them are accompanied by a burning sensation during exercise.

In other words, if you’re suffering from any underlying lung conditions, you can experience sharp stabbing or burning pain while running.

The first thing you need to do if you suspect these conditions is to stop running, rest, and breathe until the pain goes away, then continue running at a relatively easy pace.

In addition to underlying lung conditions, you should also keep an eye out for any underlying heart conditions.

Heart problems are quite serious and usually require medical intervention, so you shouldn’t keep on running if you suspect that the burning sensation in the chest is coming from your heart.

Underlying heart conditions can vary from stable angina, which is a condition where the blood flow to the heart is reduced, all the way up to life-threatening conditions like cardiac arrests or heart attacks.

A heart attack will often come with a dull tightness in the chest as well as shortness of breath and pain in the jaw or the shoulders.

There are some factors that can increase the risk of heart attacks, including high blood pressure (hypertension), consuming a high cholesterol diet, obesity, smoking, and diabetes. 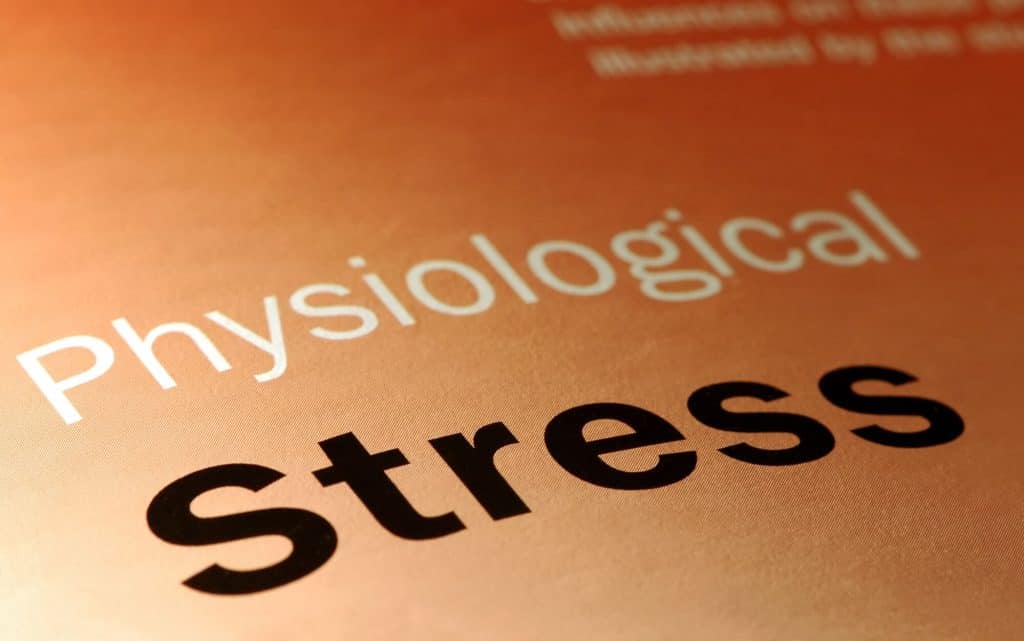 Stress and anxiety are often overlooked when looking for causes of burning sensation in the chest, despite being pretty common nowadays.

When we’re stressed, our bodies release cortisol hormone into the blood. This hormone raises our blood pressure, which decreases the heart’s output, causing tightness of the chest and shortness of breath.

Combined with the strenuous activity and oxygen demands of the body, our lungs start to burn in response to overworking.

Tips to Help with Lungs and Chest Pain While Running

Now that you know more about the causes of chest pain and burning sensation in the lungs while running, let’s have a quick look at some extra tips that will help you manage or avoid that pain in the future:

Breath Through Your Nose Instead of Your Mouth

Breathing through the nose helps in warming up the air much better than mouth breathing. Nose breathing will also help in filtering the air from dust and debris, improving the quality of the air breathed.

Although drinking is associated with cooling, staying hydrated is essential to prevent electrolyte loss while running. A hydrated body will have better electrolyte retention, which prevents lactic acid buildup that causes a burning sensation in the lung muscles.

Layer Up Your Clothes to Stay Warm

If you live in an area where temperatures are extremely cold in winter, you should consider wearing a scarf to keep your internal warmth while running.

This way, your body will be able to warm up the ear before it enters your lungs, preventing the burning sensation of cold air

Ease Off While Running

If you’ve recently increased your average running speed or distance beyond the 10 percent mark, you might want to ease off a little and allow your body to adjust to changes. It’s always important to listen to your body and stop when you feel chest pain.

Eating before a running session will not only cause unnecessary stomach problems like acid reflux, but it also slows you down and causes cramps all over your body because less blood will reach your skeletal muscles.

Consider Running in a Controlled Environment

If running outside hurts your chest, you might want to consider running indoors or in closed parks where cars and other motor vehicles aren’t allowed.

Final Thoughts On Why Do My Lungs Burn When I Run

With that said, you now know more about lung pain while running and why it happens. While the burning sensation can happen due to issues related to the lungs, it can also occur due to gastrointestinal problems as well as physiological and cardiovascular issues.

After ruling out any serious symptoms that are associated with heart or lung conditions, you should consider the previously mentioned tips to avoid chest pain while running in general.