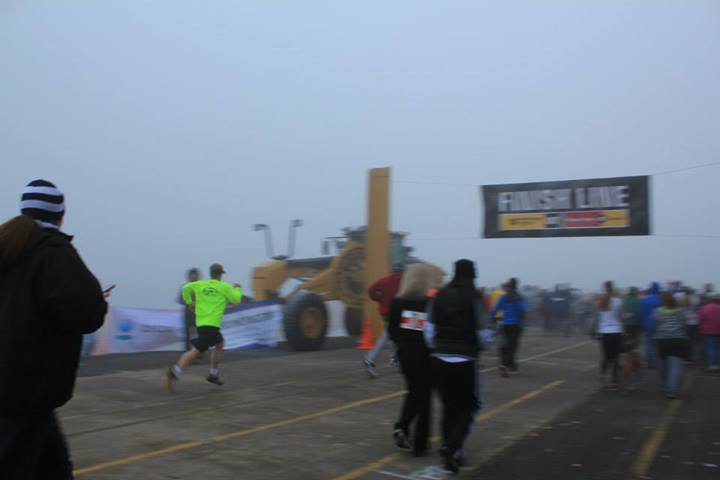 Well, its now been a couple of months since I updated the blog here with my running adventures.  The last time I wrote, I was preparing to run the Turkey trot on Thanksgiving day!

I don’t have a full race review for you today; but I will just say that I had a great time with friends and family despite the freezing cold!  As a highlight for the day, I was also able to set a personal record in the 5k with a time of 21:20.  I’m happy that I set a PR, but like most races, I know that I could have done better.

It was an extremely cold day, and I didn’t push myself as hard as I could have.  I know this because I was monitoring my heart rate in training and during the race.  Lets just say that my heart rate never made it up near my maximum range like it should have.

However, the Turkey trot was the end of the season and it was a nice culmination for a fantastic year of running for me.  I set a number of PRs and attended plenty of enjoyable races.  Here’s a quick look at all my PR, notice how many were set during 2013:

Also, here are a couple of pictures of the Turkey Trot, my final race in 2013:

Did anyone else have a difficult time staying motivated after Thanksgiving to run?  I tell you what, I just was not feeling like getting out in the cold and running for most of December and early January.   I also managed to pack on a few extra pounds, but boy did I enjoy all the goodies during the Holidays!

Now that its 2014, and most of January is over, I’m finally starting to feel like I need to get back out running.  Winter is just a really difficult time for me and many other runners to stay motivated, but I’m starting to feel the “bug” again!

I was able to get my running gear on and head outside for a nice and slow 5 mile jog yesterday.  It felt good to be out, and because I kept it nice and slow I didn’t feel too bad overall.  Now if I could just lose 10 pounds again, I’d feel great!

So, what’s in store for 2014?  I still haven’t quite figured out what my goals are going to be for the year, but I AM finally thinking about it.  In the next week or 2, I hope to do a full annual goal post about my running goals as I have done in previous years.  So, stay tuned.

In addition, thanks to encouragement from Stephen, I can start to see other friends and runners around me start to think about their goals and getting in shape.

What about you; have you started planning out your goals for 2014?

Overall, I just wanted to “check in” and let you all know that I’m alive and well!  I took a few weeks off from running, but I’m ready to jump back in for 2014 and provide more updates here.

Good luck with your own running goals!