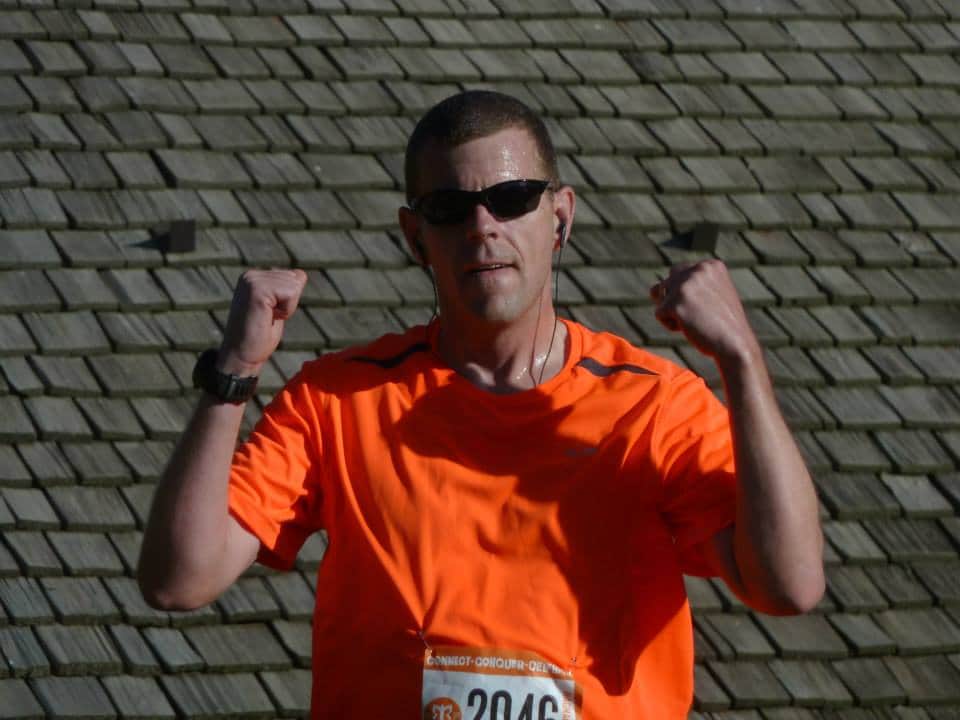 I am a huge fan of setting goals for my personal running endeavors.  The thing about goal setting is that while it is not realistic to be 100% successful all of the time in achieving your goals, you will get a whole lot farther in your endeavors if you shoot for a goal and fall short than if you never shoot for anything at all.  That is pretty much a universal principle not only for running but for every aspect of life.

I enter every year with a number of goals written down to act as a blueprint for my efforts in the coming year.  One recent running goal that I was able to achieve was to qualify for and later run the Boston Marathon in 2013.  Learn more about my experience running the 2013 Boston Marathon here.  In general 2013 I did not do too well in achieving my goals (click here) but I look forward to 2014 being much more successful and my goals were established with this in mind.

The goals that I am looking to accomplish in 2014 including:

Goal #1: Run 5 Races I have Never Run Before

I have decided that I need to mix things up a little bit this year.  I seems like I have been doing many of the same races year after year.  This is probably more a reflection of the fact that the races I have historically repeated are very well run and worthwhile events but I need to try new things.

This year I am going to try to run a number of new events in an effort to try new things.  Some of the races I am looking at this year that would count toward this goal include: (1) Richland Run Fest, (2) Ragnar Relay SoCal, (3) White River 50, (4) Columbia River Power Marathon, (5) Dog Lake Marathon, and (6) Crazy 8s 8K.

Goal #2: Run a Race in 5 Different States or Provinces

There is a lot to be said about running a race close to home but let’s face it, it is a lot of fun to travel and seeing new areas.  The one thing I like about traveling to races is that if give you an excuse to see new places that you otherwise would not.  Let’s just say if I did not do the Rainer-to-Ruston Ultramarathon relay a few years back, there is no way I would be able to say that I had ever been to Buckley and Orting, WA.

Where I live in Washington, I am actually fairly close to the Oregon border so Washington and Oregon should be pretty easy to knock off the list.  I am planning to run the Ragnar Relay SoCal (California) and the Boston Marathon (Massachusetts).  That would leave me with one more state (or province) to run a race in.  I am only a few of hours from Idaho so that is an option and I will be visiting my family in Tennessee this summer so I would like to work out running the Crazy 8s 8K in Kingsport, TN on July 12th since that is one I have always wanted to do.  I also will likely be each east in Virginia and North Carolina on business at some point this year.

It will be fun to mix things up a little bit.  When I mean different categories of races, I mean the following categories: (1) Road race, (2) Relay race, (3) Trail race, (4) Duathlon/Triathlon, or (5) Mud run / Obstacle race.

I had a goal to do a triathlon last year but well I just did not get it done.  This year, I should be able to check off the first two categories fairly easily and if I end up doing the White River 50, I would be able to complete this goal.  I also have a good friend who is doing a couple of triathlons this year so that is also a solid option.

This one is pretty self explanatory and this will probably be the most difficult goal to achieve in 2014 since it is more performance based than participation based.  It will be hard but will help make sure I train hard.  Wish me luck.

I have not won a race in a long time.  The last time I won an actual race it was a mile race back in high school – I do not think the 1.5 mile fun run at a church picnic in 1997 counts.  I have gotten to a point where I am fairly competitive in my age group but I would like to outright win a race just one more time.  It would have to be a race that was not super competitive so I am not sure how realistic of a goal this is or which race might fit the description but it would be nice to achieve.

Last November I ran a Turkey Trot with my 8 year-old son.  It was a lot of fun to share something like running together.  He wants to do another one but would like to do it when the weather is a little warmer than it was last Thanksgiving. 🙂  My youngest daughter has also expressed a lot of interest in running a 5K sometime in 2014.  I am very much looking forward to achieving this goal with my kids.

Goal #7: Run a Race without Headphones

One might ask why would I be so crazy so as to do something like this?  Great question!  You often hear about how running with headphones cheats you out of the experience around you and distracts from being in tune with your body during a race.  I ran a race without headphones once a few years ago and well it was a little rough listening to myself suck wind but I figured I would give it another shot.  All of the super competitive types do not use headphones so I guess I figured I would try to see if they are on to something.  I know I am certainly dependent on the tunes… Call it an experiment in taking me outside of my comfort zone which at the end of the day is what goals are all about right.

Goal #8: Run Across the United States

This goal is going to take the majority of my focus this year.  I have always wanted to be able to say I ran from the Pacific Ocean to the Atlantic Ocean and well since I have a job and various responsibilities, I would only be able to pursue such an adventure virtually.  That is what I am going to do – run from Huntington Beach, CA to Carolina Beach, NC in 2014.  Why Huntington Beach, CA? Well that is where the Ragnar SoCal I am running in April starts.  Why Carolina Beach, NC? My wife is from North Carolina and we used to vacation at Carolina Beach when we lived in Virginia.  All together the trip is going to be 2615 miles and I plan give weekly updates on how I am doing on Runnersgoal.com (click here).

This one is probably not a good idea but I have always wanted to see if I could hit triple digits during a single week of training.  The most I have ever done in my life is 84 miles in a week and I probably will not try this one until after Boston.  I will basically have to keep the miles fairly slow but I think I can do it.  You know many of those competitive marathon types consistently run over 100 miles a week – I am not sure how they do it and perhaps this will give me more insight.

I did a 50K in 2012 and had a great time.  I have been looking at the White River 50 for a number of years and have just been trying to get enough courage to finally signup and do it.  I have no found that courage yet but I hope that this is the year.  There is a chance I could be out of town on business when the White River 50 occurs in July and if I am I will have to find another ultra to run.  Fortunately, there are a lot of good option in the Pacific Northwest where I live and in Virginia near where my extended family lives.

I am looking forward to what 2014 has in store.  I have some ambitious goals (ambitious for me at least) and I look forward to giving updates on how I am progressing towards reaching these goals.  I also would love to hear about what some of your goals are?