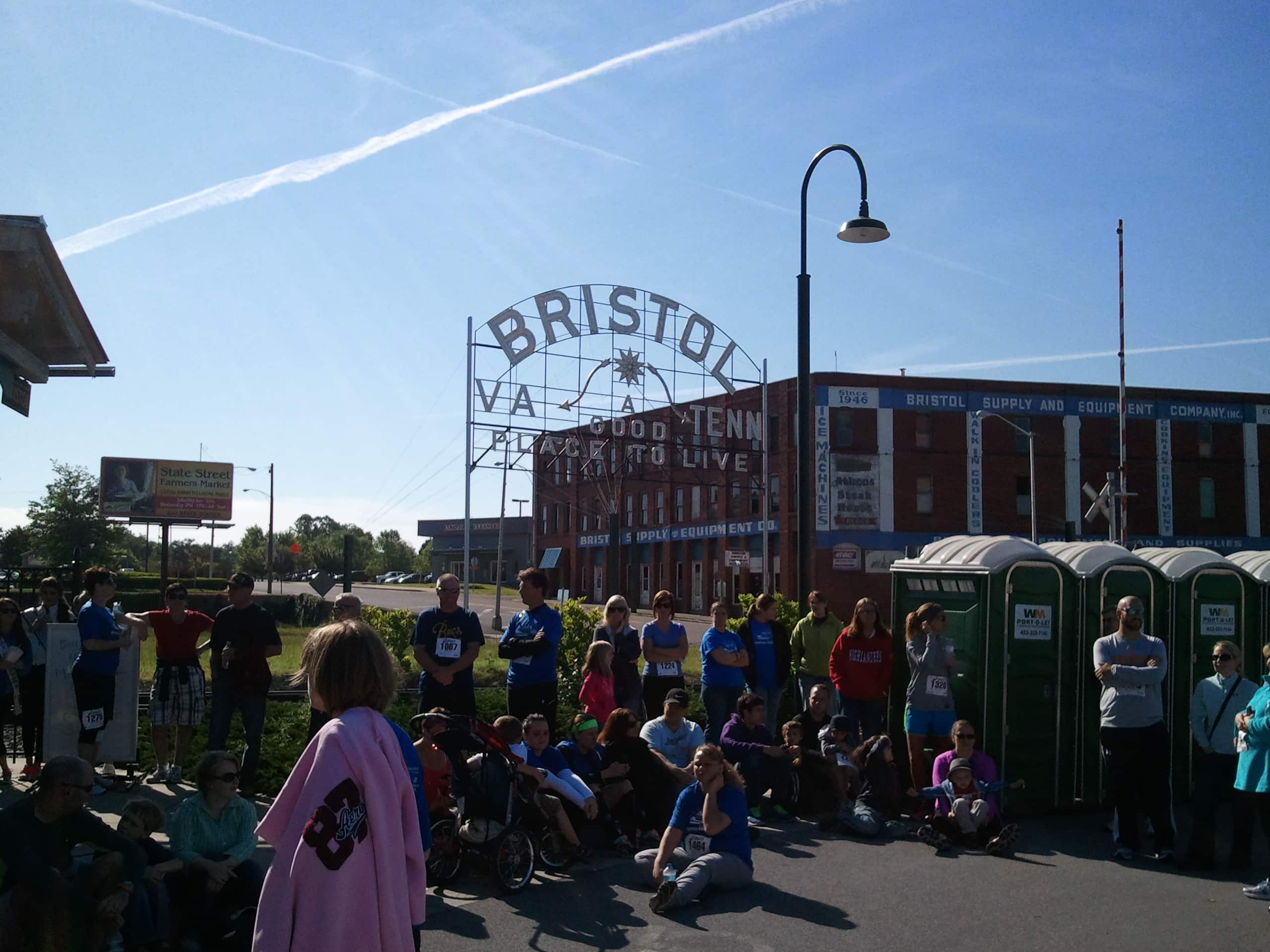 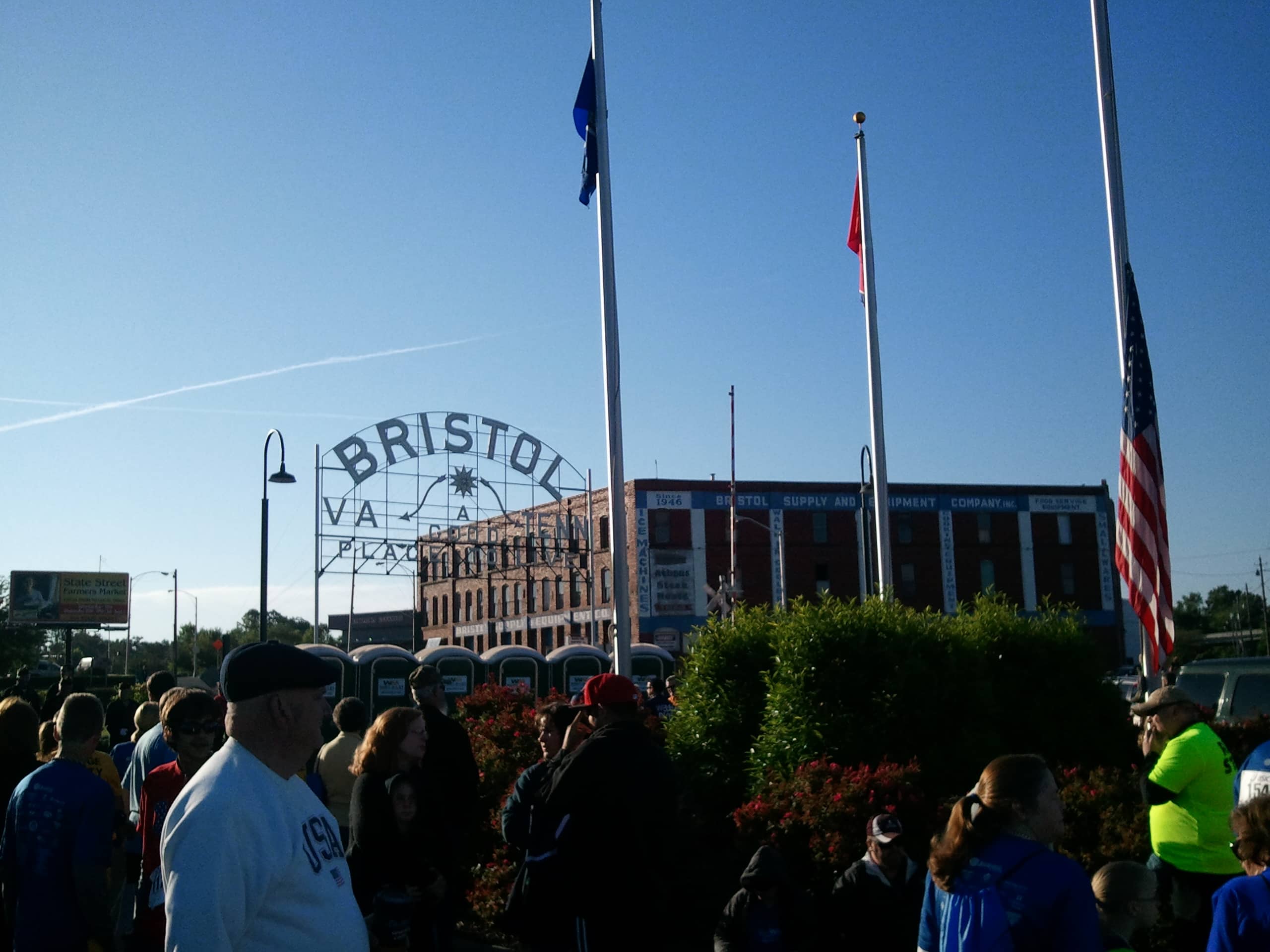 So I am out of town for a few weeks on business. One of the things about my job is that from time to time I have to go out of town to support various activities at customer sites.  It is not too bad and usually results in a couple of two week trips a year.  By doing this I often get the opportunity to acquaint myself with different community running scenes.  This year my travels have taken me to Huntsville, AL which is actually a pretty neat city.

This trip came with some good news and some bad news.  First the bad news, I had to spend Memorial Day weekend away from my wife and kids.  That super sucks but the good news was the Huntsville, AL is not that far from the Tri-Cities, TN where most of my extended family live. Given this fact, I decided to head up that way for the Memorial Day weekend so I could visit my parents (Blountville, TN), my aunt (Bristol, TN) and my grandmother (Kingsport, TN).

I figured that since I was in town that I would try to see if I could locate some sort of running event. After a focused Google search I came across the State of Franklin Track Club’s website.  Their site included a comprehensive calendar of running events in the greater Tri-Cities area and what do you know, there was a 5K on May 25, 2013 that stared literally 1 mile away from my aunt’s place so I took the opportunity to register for the Memorial Freedom 5K in Bristol, TN/VA.

The Memorial Freedom 5K is in its 5th year and is a race that starts and ends in downtown Bristol, TN/VA.  The race was sponsored by Bill Gatton Honda and benefits both the Make a Wish Foundation and ALS research.

The festivities actually started the evening prior to the race with a pasta dinner and a motivational talk by Phil Timp.  I obviously did not know who Phil Timp was prior to the event seeing as I live on the other side of the country but you could not help but be impressed by him as an individual as he and his family have dealt with their share of trials.

Phil was an avid runner at one point clocking a marathon in the 2:40s.  Phil was diagnosed with ALS, or Lou Gehrig’s Disease, in his mid-50s and it has left him wheelchair bound.  I cannot even imagine how I would respond to such a trial but Phil and his family have faced it head on and during the race you could see many individuals running in yellow shirts that said “Team Timp”.

I made it into Bristol from Huntsville on Friday evening and decided to pick up my race packet along the way.  The packet pickup was well organized and the packet itself included many of the standard goodies.  The race shirt was a tech shirt which is always nice and was blue.  I am running low on blue tech shirts so I was happy.  On my way out I saw Phil Timp providing some inspirational words to those who were attending the pasta feed.

The race started at 8:00am so I did the usual and got up early to get ready for all of the fun.  When my clock went off at 5:00am I wanted to cry since I had just barely acclimated from the Pacific Time Zone to Huntsville’s Central Time Zone.  Now found myself yet another other hour behind in the Easter Time Zone.  Nonetheless, I found the will to roll my rear out of bed and start getting ready for the race.

The race morning was unseasonably cold. I had originally planned on using the mile or so from my aunt’s house to the race start as a warmup but due to the outdoor temperature I totally wimped out and just drove to the start line.

When I got there I started to warm up a bit and found the race officials making final preparations for the race.  The race itself was run by the aptly named company We Run Events.  It was chip timed and they did a good job accommodating the 575 runners who participated in the 5K.

About 20 minutes before the race there were a few announcements at the Bristol Train Station (no, it is not an active train station at this point) and they actually started with an opening prayer offered which was pretty cool.

The opening events continued with the singing of the national anthem and a 21 gun salute before directing everyone to the starting line just up from the station.

Taking a Rather Quick Tour of Bristol

Bristol has a bit of a claim to fame in that the city itself is split between both Tennessee and Virginia.  In fact we lined up on State Street near the famed Bristol sign to start the race.  State Street is split down the middle with Virginia on one side and Tennessee on the other.  I guess technically I started my race in Tennessee based on where I lined up.

I was clueless as to who anyone was.  Fortunately, I was not the only one in that boat.  Right next to me was a man from Atlanta who was chatting with a local runner and turned out to be doing exactly what I was – in for business and thought it would be fun to participate in a local event.  I chatted with both of these individuals for a brief period before it was go time.

The race started fast with a quick downhill section that flattened out and took us along State Street.  The course itself turned up into Virginia at the end of State Street before circling back to the Tennessee side of the city.  Here is the overall map of the course.

Within the first half mile the runner density thinned out and I was in a small pack just behind a larger pack chasing the leader.  By the time we had made it to the mile mark I was in 9th place and stayed there the rest of the race.

The second mile was a little interesting as it had the only real hill of the course.  My problem is that I just really struggle with 5Ks since most of what I do is half-marathon and above.  Needless to say 5Ks are fundamentally different beasts and when I start getting tired in a short race I for some reason (I am going with I am old and slow as a reason) I end up settling into half-marathon pace.

The hill set me into a slower pace but I think it got everyone since it was not like I was getting passed and the dude in front of me was not exactly pulling away either.

The final mile had us running through a short greenway region in Bristol which I had never been on before.  It was nice and lead right back towards State Street where, once you round the corner, you see the finish line about a quarter mile in front of you.

In that final stretch my place was pretty set so I just cruised in giving my aunt who had come to watch a high five along the way.  I was not happy with my finishing time but was just fine with my place (9th overall and 1st in age group).  Let’s just say my 5K times just to not match by half- and full-marathon times.

If you use the McMillian Race Pace Calculator, which has been has been pretty accurate for me on longer races, it says I should be running over a minute faster in a 5K.  I totally need to write an article on why I suck at 5Ks and how usually avoid them because I totally get thrashed by a bunch of high school kids.

This one was no different as the overall winner of the race was a 19 year-old who set the course record in a time of 16:30.  The winning female also set a course record on the women’s side.

Once I crossed the finish line I synced up with my aunt and grabbed some Gatorade and water.  There were a few booths that were set up in an expo type format.

After watching the end of the race and seeing all the inspiring people who chose to come out and participate finish my aunt and I made our way back up to the train station for the awards ceremony.

In advance of the awards there were a number of door prizes that were given away and there were some pretty good prizes.  I did not get one but given that I am an out-of-towner that it just as well as a weekend getaway in Gatlinburg, TN, while super awesome, probably is not going to work from Washington state.

For the awards, the top 3 in each age group got a medal.  The announcer actually pronounced my last name correctly which is no small feat.  Nice job buddy!

The directors of the Memorial Freedom 5K put on a very nice event.  In its 5th year this year’s race grew to 575 participants and included a couple of course records.

The event was chip timed, gave a solid tech shirt, had great door prizes and medals as age-group awards.  They had a lot of festivities focused on Memorial Day surrounding the event and that really added to the spirit of it all.

While I will most likely not be running next year’s race, it certainly is one I would do again if I lived closer (I am sure this is not my last race in the Tri-Cities, TN area though as I visit from time to time).  It is a lot of fun to get involved with a race in a community other than your own.  It is a great way to not only learn about that community but to feel the spirit of what that community is all about.  The Memorial Freedom 5K certainly did that for me.  Nice job guy and good luck continuing to grow this awesome event!