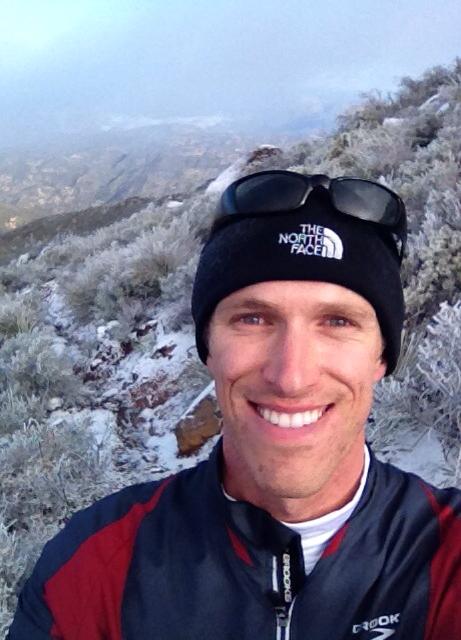 There are few experiences that can top ultra-racing to test the human mind, body and spirit.  Ultra runner Christopher Brill of San Diego, California shares his race experiences with ultra-racing and gives us here at Runnersgoal.com a chance to look inside the run from the perspective of one who has conquered it.  Brill, a seasoned runner who competes at the higher level, was good enough to grant me an interview, and share with us some of the ups and downs of running some of these incredibly tough races.

Since I needed to satisfy my own curiosity as to how someone starts off in such a brutal sport, I asked Brill, “How did you get started in ultra-racing?”

Brill: “I started in obstacle course racing and trail races…I had developed a general love for the trails since I grew up hiking.  I had never heard of ultra-races before, but being in the trail race community, word got around about them.  I was also following a running blog, which mentioned a 50K trail race and that spurred my interest.  I jumped into my first ultra on a whim – I was so addicted to racing, both trail and on the road.  I was constantly looking for races I could get my hands on in here in Southern California.  I saw a 50K in the San Diego mountains… I had to take out a conversion calculator to check out how many miles it was.  It was 31 miles. I was enamored with that, and signed up for it.”

Clearly, Brill is hard core when it comes to running.  I went on to ask him about his first ultra-racing experience.

Brill: “My first ultra was Cuyamaca 3 peaks. It was an interesting day… I ran a 7.5 hours because it was a difficult course, but I finished mid pack on my first one.  The temp was in the high 90s.  I ran out of liquids with 5 miles and a 2k foot climb in the high 90s.  I missed a turn, as the course was chalked for the trail which is different than a road race which has cones and spectators.  I got really dehydrated and felt my kidneys start to hurt.  Once I rehydrated I picked up speed… but I missed another turn and added a few more miles, totaling my 50K to about a 55K.  I went a total of about 8 miles with no water.  Those mis-turns were very defeating mentally… I took a break and everything tightened up.  I had another 6 miles to go in the searing heat, but pushed through it.  It is one of the hardest things I have ever done.”

Apparently, Brill understands what some of the rest of us go through during a tough race.  I asked him about some of his other experiences running ultras.  One of his goals was to run 100 miles in under 24 hours.  Go big or go home, right?

Brill: “Highest mileage ever run was 100 miles, which was a very different type of race.  It was a 1.4 loop course, which we ran 96 times.  The course was completely flat.  Around mile 40 I started having feet problems.  I started doing more walking than running because the blisters were brutal.  One of the most important rules of ultras is to address problems early on in the race.  You are out there for 24 hours… it isn’t like a marathon where you can ignore it because it is a short time.  I ignored my blisters and kept going until about mile 70.  I couldn’t even walk, so I had to go see medical staff.  They took a look at my blisters and they said that they were only allowed to wrap them up, and that my race was over.  I wasn’t giving up… I pushed through to about a crawl to the 24 hour mark.  I ended up doing 92 miles in 24 hours.  I went back later on to do a 48 hour race, realizing I needed longer to complete 100 miles.  I finished it in 30 hours.  Pushing through the mental and physical fatigue for that long, nothing could prepare me for that.”

Of course, I also had to get some advice for newbie ultra-runners in case any of you readers are inspired to take on the distance.

Brill: “Ease into it.  If you want to have a good experience with it, build from the ground up.  Run marathons and then 50ks, do 5 more miles… work up slowly.  Don’t rush into it and sign up hoping for the best.  You will have a much better experience than I did if you put in your training time.”

According to Brill, one of the main differences between running a marathon and an ultra-race (besides the obvious distance and pace requirements) is the camaraderie.  Brill told me, “It’s a really tight knit community.  You see the same people over and over and over at each race, whereas in other races you don’t.   It is full of good people and tight camaraderie.  They will stop their own race to help you out.”

I don’t know about you, but I’m inspired to take on the 50K in one of my near future conquests.