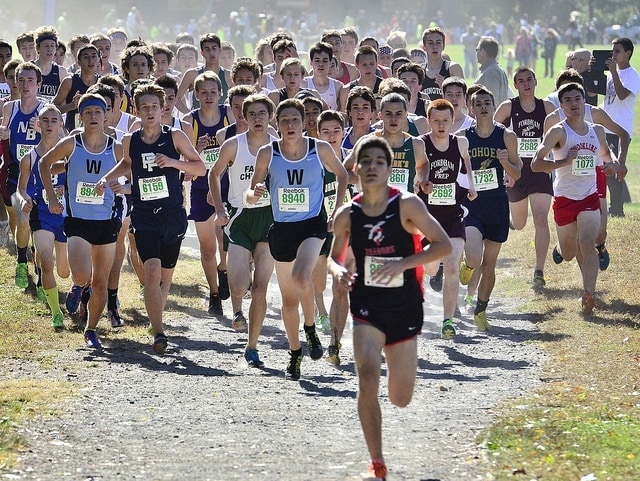 Planning on not going for that run you know you should take? The easiest thing anyone can do in life is quit- this is true in running as well.

The struggle is real! We put together a list of cross country movies that can inspire anyone to get back in the race when they lack motivation.

10. The Miracle of Saint Ralph

Running for something bigger than yourself is great motivation. A young adolescent, struggling in his youth, knows he destined for greatness but lacks direction and focus. Hoping for a miracle he seeks to win the Boston Marathon so god will save his mother. This film can inspire any young runner as it relates to the struggles of identity and how running effects change.

Even when you fall there is still a chance as long as you get back up. As One of the greatest running movies of all time! This film shows how one man’s faith and another’s competitive spirit that drive them both to train for the Olympics and show the good and bad kinds of motivation. Nothing short of amazing, this film won four awards, out of the seven, for which it was nominated.

There is always an advantage when you are the underdog. “Based on a true story”, a film of Billy Mills the Native American running legend. With a great portrayal of his amazing finish to win the gold in the Tokyo Olympics, Billy Mays story sends an awesome message to aspiring runners to work hard and focus even through others doubts and negativity.

Their determination to succeed pushes them from amateurs to champions. An ex-football coach notices the potential of a few Latin students. A very helpful review from a coach had this to say, “this is the kind of stuff that inspires me to work with kids who don't have a future in their current situation. And if you're already a coach, it may open your eyes to kids who have natural talents that may be wasted on something other than where their true skills lie. Much recommended.”

6.Running on the sun

Endurance is the key ingredient for any long distance run. This movie gives you a sense of that as it shows how runners sacrifice their bodies in the Bad Water 135- the toughest foot race in the world. This movie shows what pushing the body and mind to its limits really takes.

Every runner can be average, good, or great depending how hard they work. This cross country movie is a documentary about one of the greatest teams to ever run together. Coach Joe Newton has developed and inspired cross-country runners to succeed on tracks and in life. No doubt that after leading the team to numerous state championships his proven training will inspire any couch potato.

4.The Loneliness of the Long distance runner

The best way to stay out of trouble is to run from it. Running is a gift that a juvenile, Colin, uses to his advantage after he is sentenced to a reformatory. This black and white film gives runners a sense that the sport can inspire young men to be responsible adults. While it may seem like a punishment to some, running can have a powerful affect on the way we handle life’s challenges.

Every run is an amazing journey- some are just tougher than others. The western states endurance run is old and prestigious, and this film shows how four men push themselves above and beyond mountains trails until one ends up the winner. A review at IRunFar.com states, “No matter who you are, you’ll probably walk away from it feeling indestructible.”

It’s hard to make a true story feel real, but this biography of Haile Gebrselassie- gold winner of the 1996 Olympic 10,000 meter- paints a beautiful picture of how to follow dreams and overcome struggle. Haile, who plays himself in the film, runs six miles to school and takes a 3 hour trip to get water every afternoon, faces his father’s disapproval of his dream to be a long distance runner. As one of the GOAT’s of running, he is second all time in the 5,000 and 10,000 meters.

Just when you think time has gotten the best of you “On the Edge” inspires you to give it one more go. A Long distance runner trains his way back after being banned for doing the right thing to compete in a trail race. RogerEbert.com states,“Never mind who wins. At the end, it's not winning that counts. It's making a statement about sports, about why hundreds of people train for a year so that one of them can win and the rest can lose.”

What is your favorite scene from a movie that inspires you to run cross country? Share your thoughts with us on our list in the comment section below.