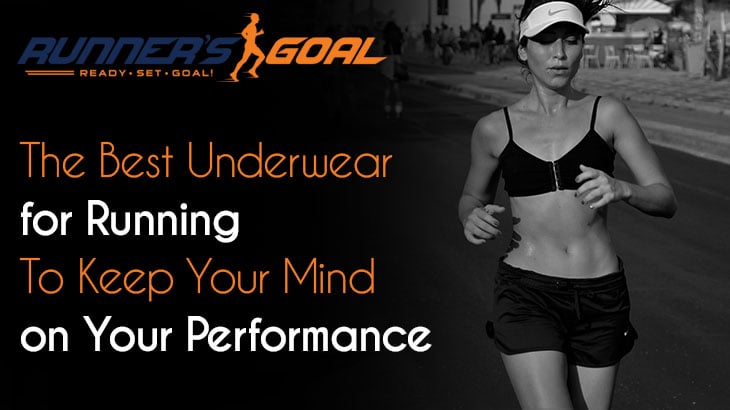 If you wear the wrong underwear on long runs, it can feel like your nether region is on fire. You can get painful chafing that will make you reconsider your training goals. Instead of giving up, you should look for the best underwear for running to help solve the problem.

Why Does It Make a Difference What Underwear I Wear?

While you and your running buddy may freely share tips about the best shorts or shirts for running, I bet you haven’t discussed underwear yet. Mentioning unmentionables is still a big deal for some runners. But the underwear you select can make a big difference, even if no one usually acknowledges it.

You wouldn’t dream of wearing a regular t-shirt and sweatpants on a long run, so why do you think it’s okay to grab any pair of underwear? Like everything else on your body during your runs, your underwear should be selected with performance in mind.

Do I Need to Wear Underwear?

Underwear isn’t a requirement for running, but many runners prefer wearing them to going commando.

Running tights are very form-fitting, which makes some runners uncomfortable at the thought of running without underwear. They can’t keep their head in the race because they’re spending their energy wondering if other runners can see through their tights.

Some running shorts have a built-in liner in them. With these, you don’t have to wear underwear, but you certainly still can if you have issues with modesty or comfort.

Why Kind of Fit Should I Be Looking For?

Your running underwear should be form-fitting and comfortable. You don’t want anything too loose because you may need to keep adjusting it during your run and it will contribute to chafing.

Likewise, you don’t want anything that’s overly tight. That will feel uncomfortable and it will create an unflattering muffin-top situation, even on thin runners.

You want to find that perfect Goldilocks zone when it comes to how snug your underwear is.

What Time of the Year Are You Running?

Even if you opt to go commando in the summer, you might want to give some serious consideration to having running underwear around for winter runs.

For one thing, while many running shorts have built-in liners, that’s less common in tights and pants. And then there’s the factor of the weather itself.

When you run in the winter, every part of you can feel the nip through the breathable running clothes you wear. Even when you dress in layers for the upper body, the lower body tends to get stuck with just one layer.

On windy, cold days in particular, if you don’t wear underwear, it can be really uncomfortable because of how brisk things get. And if you’re on a long run without underwear, the thought of having frozen private parts can be enough to make you turn around and call it quits for the day.

What Kind of Fabric Should They Be Made From?

As a runner, you probably already tend to avoid cotton clothing on your runs. That’s a good rule to follow as well when it comes to your underwear selection.

Cotton drinks up the sweat and takes a long time to dry, which can lead to a colder feeling and chafing. Instead, look for a material that’s made out of wool or is synthetic.

What Are Some Features My Underwear Should Have?

While it’s weird to think of underwear as having special features, when it comes to running gear, everything is made with a purpose — even your underwear.

Here are some of the features you’ll want to look for:

The Five Best Underwear for Running

These nice-looking underwear come in two packs, so you’ll always have one waiting in the wings for your next run. Made out of 91% polyester and 9% spandex, they will be form-fitting without feeling tight.

These underwear are made of 94% nylon and 6% lycra spandex, which gives them good stretch and breathability.

This underwear was made to fit every size of runner. They range in size from small to XXXX large. That’s good news for bigger-sized runners who want to have underwear that’s comfortable to wear.

These underwear come in a three-pack and they give you a choice of an assorted color pack or 3 pairs of the same color.

You know these underwear should be great for male runners — you can tell what audience they are marketing them to just by the Runderwear name alone. These were made with runners in mind.

There are two winners in the best underwear for running contest — one for men and one for women.

For women, only one kind of underwear made this list — the ExOfficio Women’s Give-N-Go bikini briefs. These underwear have great stretch, breathability, fit and color choices. What more could a woman ask for from her underwear?

For men, Runderwear comes out on top. What puts them over the edge is their seamless construction, which is so important to avoiding chafing. Plus, those micro-perforations create fantastic breathability. You’ll totally forget you’re wearing any underwear when you run in these.