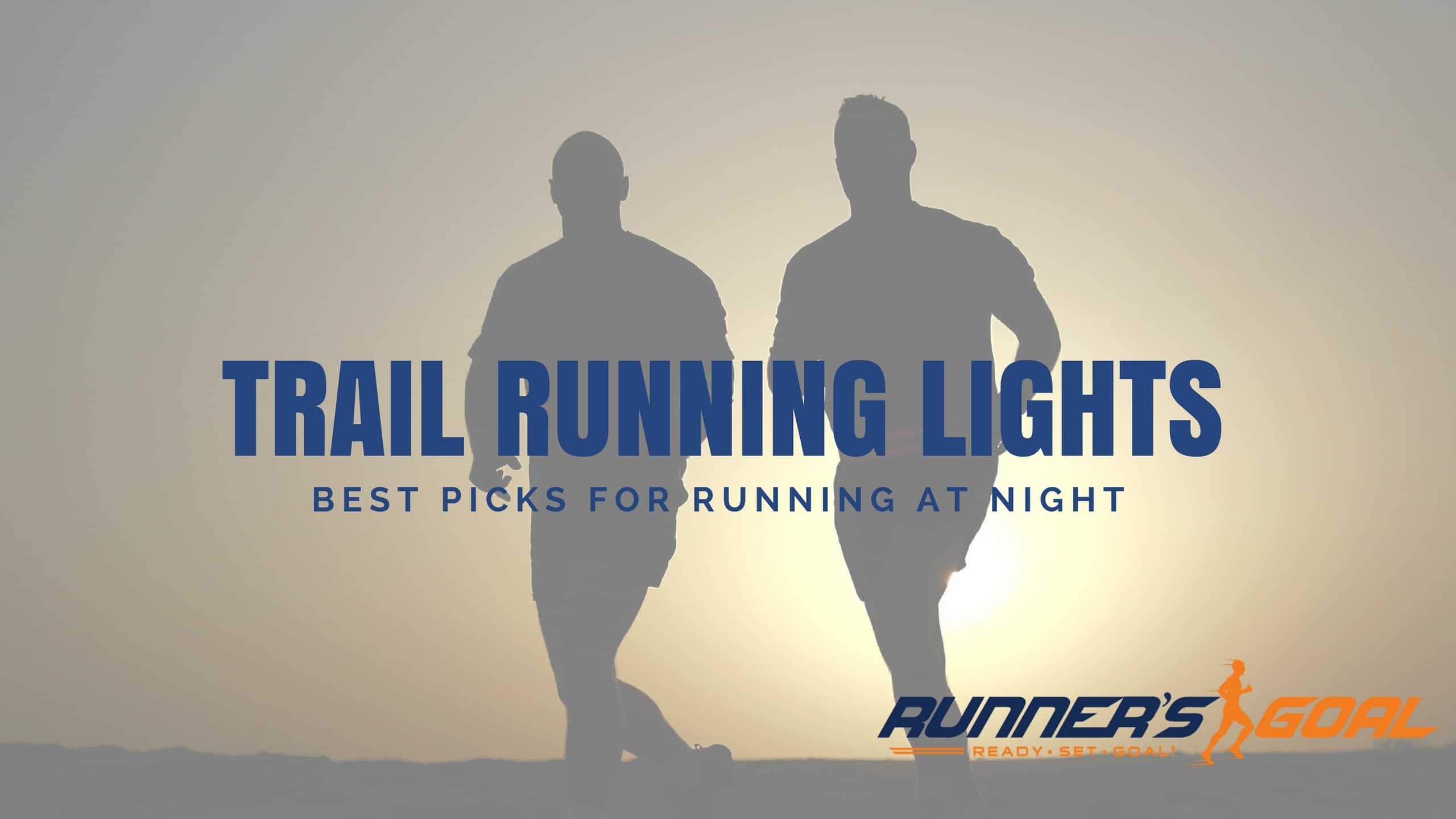 ​If you’re into trail running, you know the hazards you might face when you try to trot along those paths in the dark. While you may not have motorists to deal with like you would if you were road running, you have a whole host of other concerns.

To make sure you return home safe and uninjured after a trail run at night, you need to find the best trail-running lights.

Why Would You Run Through the Woods at Night?

If you’re a fan of trail running, the better question might be––why wouldn’t you want to run through the woods at night? But, because not everybody understands the allure of trail running, let’s break down the benefits.

First off, it’s a chance to be in nature. While road running is something everyone can do because of the accessibility to roadways, not everybody is a fan of running in concrete jungles. Some of us prefer to pass by greenery instead of parking lots, and we’d rather see animals than people.

The solitude and the feeling of being one with nature is high on the list of what is appealing about trail running.

While some people are stuck hitting the trails in the dark because of winter’s short days and their crappy work hours, some people like the adventure of running at night. Others like the beauty. You can’t see much of the plant life while running on a trail but the nighttime sky can be breathtaking.

But just because you’ve determined running on a trail at night is worth it, it doesn’t mean that it’s without challenges. It can be a difficult task to undertake.

What Hazards Do You Face When Running Trails in the Dark?

You don’t have distracted motorists to worry about, but you do have nocturnal animals on the prowl. That can be scary by itself––both for you and for them.

To give both of you a little extra warning time before your close encounter, lights are a great idea. It doesn’t matter if you’re wearing a headlamp or a chest light, just make sure you have something strapped on. That will give you both enough time to get out of each other’s way.

And while those motorists won’t be around to bother you, you still might come across other runners, walkers, or cyclists. A light is a good way for you to avoid scaring the life out of them.

Finally, one of the biggest threats you’ll face while running a trail in the dark is tripping and falling.

Remember on those old “Three’s Company” episodes how Jack Tripper was always falling down in every episode? That’ll be you without a light, but there won’t be an audience there to enjoy it, and there will be no one there to have your back if you get seriously hurt.

Lights can help you avoid tree roots, rocks, and uneven terrain that will surely make you stumble or fall at some point during your run. If you think you can handle the trail without light because you’re able to run on roads in the dark, you’re sorely underestimating how dark the woods can get at night.

What Should I Look For in a Good Trail-Running Light?

To make sure you’re as safe as you can be on your midnight sprint through the woods, you need to figure out what features are important to you in a trail-running light. In addition to buying a light, it would be a good idea to get a whole kit of reflective gear and lights, like the one we’ve released.

Here are some of the things you need to think about before buying your trail light:

If you want a light that you can control with your hand movement, but you don’t relish the idea of your hand cramping up as you carry it, check out Knuckle Lights. They are adjustable and they can even slide over gloves if you’re running with your hands covered in the winter.

If you want to keep your hands free while running on the trails, this headlamp could be a good option. You might want to spritz on some bug spray if you use a headlamp in the woods, though, because it will help ward off any insects that swarm around your face when they’re drawn to the light.

When you’re out on the trails, sometimes you need a wide variety of different light options. This Explortek light gives you that. It has six lighting modes to illuminate your way.

If you’re more worried about the brightness of the light you use than you are about what it weighs, you might want to check out the Black Diamond Icon headlamp. It’s a little heavier than many of the lightweight models on the market, but at its highest setting you’ll get 320 lumens. That will be enough to see anything coming at you.

If you’re the type of person who likes all of your gear to match or if wearing a brighter color makes you happy, you might like to know that this headlamp comes in several colors, including some bright ones.

One of the best trail-running lights is the Knuckle Lights, if you don’t mind having a little extra weight on your hands as you run.

The best thing about Knuckle Lights is that you get two lights––one for each hand. Having two lights gives you a better chance of not being stranded in the dark woods. If you’re only wearing a single light and the batteries give out, you’re in trouble. With this one, you’ll have the light from the other hand to get you safely out of the woods.

It’s also nice that the lights stick together magnetically when they aren’t being used so you won’t misplace one. Plus, you’ll be able to rely on these lights even in freezing conditions.