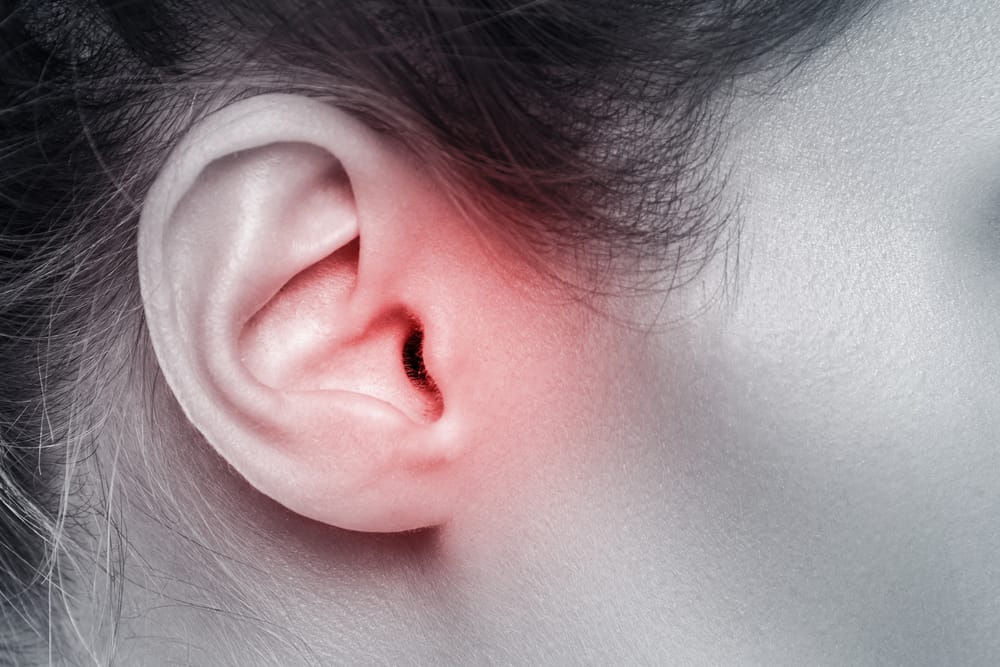 “I don’t run to add days to my life; I run to add life to my days.” – Ronald Rook. It’s hard to grasp the amount of health benefits running can provide.

However, these benefits won’t come without obstacles. For example, one of the most common challenges in running is ear pain.

That’s why most runners often ask themselves: Why do my ears hurt when I run?

Ear pain during running has many reasons. Infections, blood vessel constrictions, and acid reflux are common ones.

Additionally, you have other reasons like excessive usage of earbuds, unclean ears, and changes in altitudes.

We will tackle these ear pain causes in detail and tell you how to deal with them.

Why Do My Ears Hurt When I Run?

Here are the six most common causes for ear pain while running:

The most common reason for ear pain while running is the constriction of the blood vessels.

This problem can occur to both amateurs and professional runners. As you get more and more tired, your body begins to prioritize some organs over others.

When your body exerts a lot of physical effort, it will reduce the blood flow to organs that it thinks are unnecessary. This is known as the Fight or Flight response.

When this happens, the vessels in the ear narrow down to prevent blood from getting there.

This is when things get problematic.

Blood is supposed to provide organs with oxygen and take away carbon dioxide. When that process is slowed down in your ear, both of these gasses will build up.

That applies pressure on the surrounding nerve endings, which causes a dull aching pain.

You may notice that this problem appears more in winter. The cold adds more to the vessel constriction, which worsens the situation.

To prevent or reduce this problem, gently massage your ears as you run. That will stimulate the blood flow and relieve you from the trapped gasses.

You can also keep your ears warm using headbands, hats, or ear covers.

An ear infection is another common reason for ear pain. It means that a foreign organism has entered your body and caused problems.

The inflammation caused by that ear infection irritates the nerves in the ear. Not only that, but it also becomes more painful if the condition goes deeper inside the ear canal.

The deeper the infection goes inside the ear canal, the more pain you’ll feel as you run.

The ear canal infection could also be accompanied by minor ruptures in the eardrum. These ruptures gradually increase the ear pain the longer you run.

Minor tearing of the eardrum usually goes unnoticed. It starts to manifest when you exert too much physical effort.

If the pain you feel seems more than what your running peers describe, you should have your ear checked by a physician. 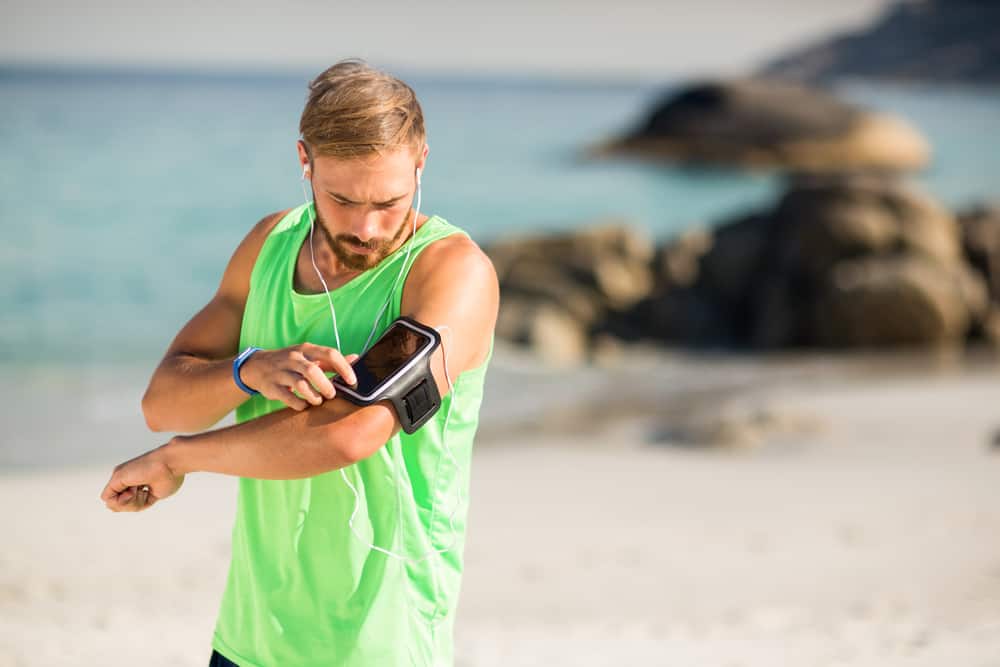 Earbuds are notorious for causing ear pain for runners. Here’s a list of reasons why:

They Increase the Infection Risk

Most people hardly clean their earbuds unless there’s visible dirt. This makes the surface of those earbuds a comfortable area for fungus and bacteria to grow.

Athletes who run for longer distances while having their earbuds inside their ears are most susceptible to said infections.

The layer of bacteria and fungus will gradually stick to your ear the longer your earbuds are there.

After that, they will infect the ear, irritate the nerves, give you itchy ears, and cause pain.

Clean both your ears and the buds before and after running to avoid this problem.

They Could Be a Bad Fit

Earbuds that are too large for your ear will apply pressure to your inner ear. This will lead to ear pain, irritation, redness, and infection.

Make sure that your earbuds can comfortably sit in your ears without being too tight. Even then, it’s best not to use them for prolonged hours.

Perfectly fitting earbuds can still irritate the ear by all the dirt they accumulate. This will eventually lead to ear pain. Again, clean them regularly, even if you see no dirt.

They Could Harm Your Hearing

Listening to loud music for long periods doesn’t only cause ear pain; it also damages your hearing over time.

A study in 2014 by Dr. Louis Hosek concluded that prolonged exposure to noises over 85 dB would cause permanent hearing loss.

For reference, the noise caused by a typical conversation between two people is around 60 dB.

So it’s safe to assume that raising the volume where you don’t hear your surroundings is dangerous to your ear.

Acid Reflux, commonly known as heartburn, is a somewhat surprising reason to cause ear pain while running.

A study in 2017 found out that 40% of people who suffered from acid reflux also had ear pain with strenuous exercise.

Confusing, isn’t it? Why would a problem with your throat affect your ears?

There’s a reason why ears, noses, and throats all lie in the same medical specialty. A problem in one of these organs has a high chance of getting to its neighboring ones.

When acid reflux is left untreated for a long time, the acid spurts reach the higher parts of your throat. That constant irritation leads to the inflammation of your throat.

If the inflammation gets too close to your ear, you may feel some pain on effort. If you suffer from acid reflux, consult your doctor to get the proper medications. 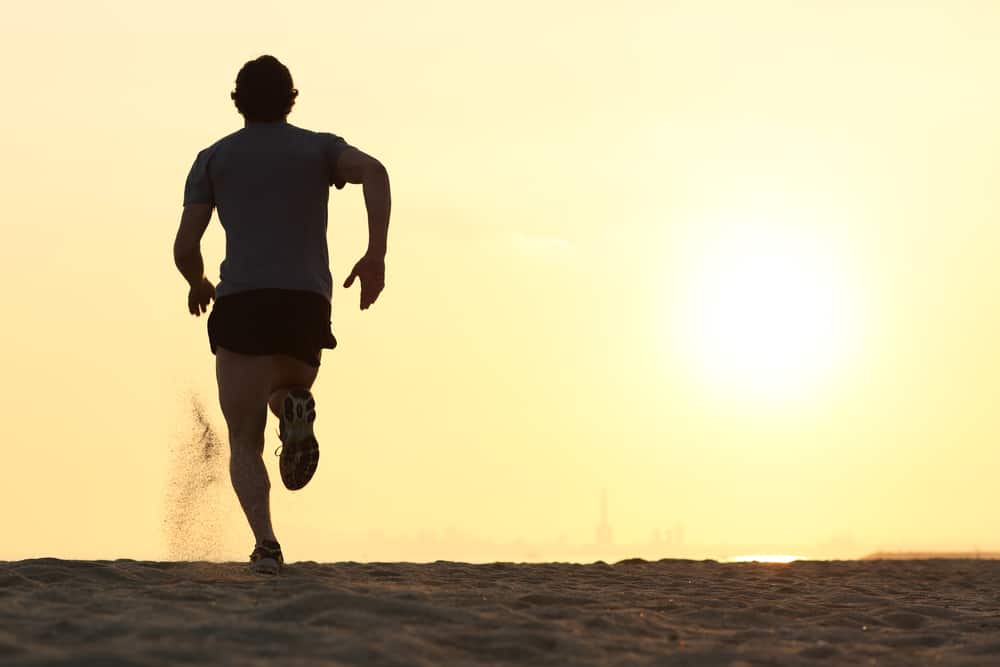 Change in altitude is a problem that average runners won’t experience. Nevertheless, it still happens.

In our daily lives, the pressure inside our bodies is similar to the pressure around our bodies. Any disturbance in that balance will cause discomfort and sometimes ear pain.

The best example to describe this is when you get on a plane for the first time. The awful pressure you feel on your ears as the plane takes off is caused by the change in altitude.

Marathon runners often have several changes in altitude as they run. Typically, the slight difference in altitude shouldn’t affect them.

However, running is an exerting process. With the ears having less blood supply, they will be more sensitive to pressure changes, even if they are slight.

Fortunately, this problem doesn’t need specific interventions. As long as you don’t have a medical condition, you will get used to changes in altitude with time.

Earwax is a substance produced by our ears to trap dust and other irritants to prevent them from going deeper into the ear.

The ear contains hair follicles that push out the excess wax to prevent clogging.

However, when the wax is kept from leaving your ear, problems happen.

The wax layer gets thicker and begins to partially block the ear. If the condition persists, you might have a complete blockage of the affected ear.

Constant usage of earbuds or earplugs is a common reason for preventing wax escape. This built-up wax acts as a pressure clog in your ear, which eventually causes pain.

If you believe that you may have ear wax build-up, your doctor should be able to clean your ears safely. Don’t attempt to do that on your own to avoid injury.

Final Words On Why Do My Ears Hurt When I Run

Why do my ears hurt when I run? The reasons for ear pain aren’t many, and luckily they’re all easy to deal with.

Keep your ears warm and clean, and don’t overuse your earbuds or push them too deep in your ear.

The pain of running is a thing that most runners get used to.

However, if the pain persists long after running or increases to an unbearable level, you should get your ear checked by a doctor.