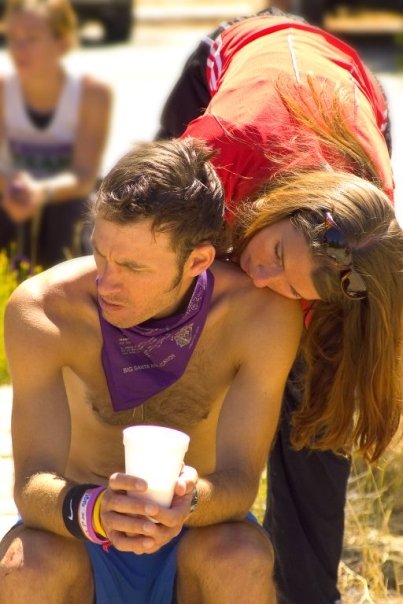 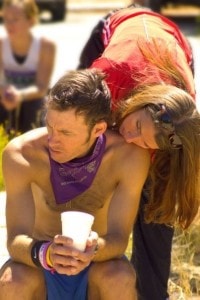 I am pretty sure you have been there.  I know I have been there.  Pretty much anyone who has laced up their running shoes and stood behind a white line waiting for a race to start has been there.  We all have had bad races.  Some races are just bad.  Some are so bad we think the sweet release of death would actually be better than making it to the finish line.  Even worse, some are so bad they make us question whether we should even be running in the first place.

If you have not had such a race experience, all that means is that you have not done many races.  I know that I had one of those races during my first marathon in Seattle, WA back in 2011.  That was the year that I did the Seattle Rock n’ Roll Marathon.

The race started in Tukwilla, WA and ended near Safeco Field in Seattle, WA.  I had managed to injure my back the week before playing freeze tag with a local Boy Scout group.  I was flat on my back leading up to the race but when race day came, I decided to see if I could give it a go.  As the race started I certainly was not near 100% but I actually started off at an ok pace in the mid- to high-8 minute mile range.

There were so many people in the race that I swear that I ran more lateral miles than forward miles.  The course had a lot of hard concrete on it and by the time I hit the bridge over Lake Washington, my feet were starting to feel very beat up.  The problem was that was like mile 10 or so.

The rest of the race involved running through stuffy tunnels and along the concrete byways.  At mile 19 my feet could not take the pounding any more and I had to walk an uphill for a bit.  My time goals were long gone and as I made my way back towards Safeco Field I found the most unfortunate portion of the course.  Once you got to Safeco, you actually had to cross nearby the finish line and do an out and back leg of several miles along a lonely concrete highway right through an industrial section of southern Seattle.

I made it to mile 23 and felt a really sharp pain in my right foot.  I stopped, sat down and removed my sock.  It turns out that pain was one of my toe nails that had come off and was digging into a section of my foot.  A medial attendant on a bike hooked me up with a band aid but I could not get my compression sock back on so I had to finish wearing one sock while carrying the other in my hand.

I tried to slowly jog but I was too trashed to do much and ended up walking most of the next 3 miles.  Eventually I made it to the finish.  I have heard all sort of stories of people feeling elated and filled with accomplishment when they finished their first marathon.  Let’s just say I did not.  It was horrible.  While most beamed with pride, it took me quite a while before I could talk about it with others.  The ironic part is that when I finally got brave enough to talk about it with other runners, they all had similar stories of horror.

I actually thought that perhaps this whole running thing was out of my league.  The best move I ever made was to put those thoughts out of my mind and signup for a second marathon.

Most Important Things to do after a Bad Race

Having experienced several horrible races myself and knowing many runners who have had similar experiences, I have concluded there are some very important things that we can all do after a bad race: