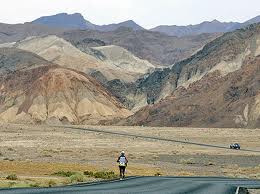 Since Pheidippides completed the first marathon, man (and woman) has been fascinated with following his footsteps.  Of course, we humans haven’t stopped at distance; we have found ways to make it tougher and more bad ass than previous challenges.  This article will describe some of the toughest races around the world, and hopefully inspire you to take one on – or at least up your game a little on your next run.

The Tenzing-Hillary Everest Marathon is the race with the highest altitude in the world.  This race is reserved for runners with extensive trail running and high altitude experience.  Due to the high altitude, race participants are given a 26 day stay in Nepal to acclimate.  This stay includes a 15 day trek to the top of Gorak Shep, which is the starting line for the race.  Along the way, runners are exposed to some of the most beautiful scenery in the world.  Runners start at an impressive 17,000 feet and descend about 6,000 feet during the race through the trails of the mighty mountain.  This is an intense race, due to the thin air.  It is also one of the most beautiful courses on the planet.

For obvious reasons, the North Pole Marathon is no joke.  Runners brave the coldest temperatures on earth to race in blinding snow and bone chilling conditions.  The 2.6 mile loop provides some safety from getting lost on the course, but it also presents a mental challenge.  The same 2.6 miles looped so many times can lead to mental fatigue and mind numbing boredom.  At least your feet won’t be the only things going numb during this race.

Comrades, commonly referred to as the Comrades Marathon even though it is nearly twice the distance of a marathon, is one of the toughest races known to man.  Run through the mountainous terrain of South Africa, it holds a rich history as the world’s oldest ultra race.  Runners must complete the 56 mile course in 12 hours.  Each year, the course alternates between uphill and downhill, making it one of the most interesting races in the world as well as one of the toughest.

A polar opposite to the North Pole Marathon, the Badwater race is not for the faint of heart.  This run covers 135 miles of scorching heat through California’s Death Valley, and is by invitation only.  This incredible trek features surface degree temperatures of over 200 degrees, which means that runners have to deal with not only blisters, but melted shoes.  There are only 100 runners on the course, and each brings a support crew for their 3 day journey.  This is known as the hardest race in the world, and for good reason.  An extensive running resume is required to receive an entry invite, which must include several 100 mile races and at least 5 years of professional racing experience.

These tough races are incredible tests of the human spirit and ability to endure.  However, any venture into the racing world is noteworthy for each runner who takes it on.  Whether you are pushing yourself into your first 5K or your millionth marathon, you have earned bragging rights.