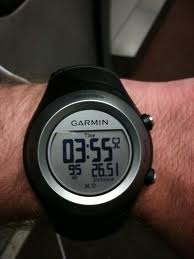 Spencer wrote a very interesting article recently on Runnergoal.com about running a sub-2:00 half marathon.  In that article he outlined the number of people who actually can run a sub-2:00 half and you know what, the results underscore just what an achievement a sub-2:00 half is.

That got me to thinking about race statistics and just what percentage of marathoners can run a sub-4:00 marathon or even a sub-3:00 marathon.  I have actually had that question for some time and I have even discussed it in course of conversation with a few friends of mine.

In trying to assess how challenging it is to run a sub-4:00 marathon, I looked at the percentage of individuals who ran a sub-4:00 time versus the total number of finishers in a select group of marathons.  I used the data from the most recent running of the 10 largest US marathons (with complete data sets).  The specific marathons I used were as follows:

This rolls up to be a total of 206,281 runners who have recently completed a marathon and I figure that is a pretty solid population to draw some conclusions from.

What Percentage of Runners Run a Sub-4:00 Marathon?

Looking at the percentage of finishers who completed the marathon distance in under 4 hours you can see that a sub-4:00 marathon is quite an achievement.  From the races that I looked at there were a total of 50,014 of the 206,281 finishers who completed the race in less than 4 hours for a percentage of 24.2%.  So what does that mean?  Basically if you can run a sub-4:00 marathon you are in the top quartile of marathon runners out there.

Looking at the individual races you can see some interesting trends.  First, look at the race with the highest percentage of sub-4:00 finishers – the Boston Marathon with 40.1% of finishers going sub-4:00.  This was actually the slow year at Boston due to the record heat they had during the event.  That must mean either the course is super fast or the quality of runners participating is pretty high.  As the Boston Marathon has a very stringent qualifying standard to be able to run the race, the answer is the latter.  Having run Boston in 2013, I would be happy to testify in court that it is not what I could call an “easy” or fast course.

In the case of the Twin Cities Marathon in Minneapolis, MN, I understand that opposite is true in that it is a fairly fast course so if you are looking for a big marathon with a fast course to get that Boston Qualifying time, look no farther than the Twin Cities Marathon.  That said, I would always recommend a smaller marathon if you are looking for a Boston qualifier.

I was surprised looking at the races with the lowest percentage of sub-4:00 finishers.  The Honolulu Marathon in Honolulu, HI only had 6% of the 24,156 finishers in 2012 run a sub-4:00 time.  Why is that?  Is it a challenging course? Is it really hot? Is it too easy to stop at the beach and catch a few waves along the way?  I am not really sure as I have no real experience with this particular race.  I can say that if I am in Hawaii, I would find it difficult to focus on anything other than the surroundings.

I did find a blog post from a sub-4:00 marathon runner from the Honolulu Marathon in 2012 and I believe the words he used to describe the event were a “hot, sweaty and hard marathon,” with conditions that were described as “hot, muggy, and energy draining.”  Note to self, run the Twin Cities Marathon instead of the Honolulu Marathon.

My personal best in a marathon is 3:03 back in 2012 and a goal of mine is to break the 3 hour mark.  Based on the information I found, that would be one heck of a goal to achieve.

Just as I did with the sub-4:00 marathon data analysis, I evaluated the number of sub-3:00 finishers to the total number of finishers and found that 1.6% of marathon finishers on average can run under 3 hours (3,221 out of 206,218 finishers).  Wow…I had no idea that it would be that low.  That means that if you run a sub-3:00 marathon you are almost in the 99th percentile of marathon runners.

Here is how the races break down:

Interesting!  Looking at the marathons with the lowest percentage of sub-3:00 marathoners, we see our old friends Honolulu, Walt Disney World, and Los Angeles again.  On the other end of the spectrum we see Twin Cities again as well as Boston ranking high.

The bottom line is that if you start and finish a full marathon you are one of the most dedicated and admirable people in the world.  The awesome thing about the marathon is that finishing in and of itself is an achievement worthy of all the praise you will receive.  If you run a sub-4:00 marathon you certainly would be sticking out among your peers and is one of the main reasons the sub-4:00 marathon is a goal for so many.  It is laudable achievable and all you need to do to get there is the appropriate dedication, perseverance, and planning.