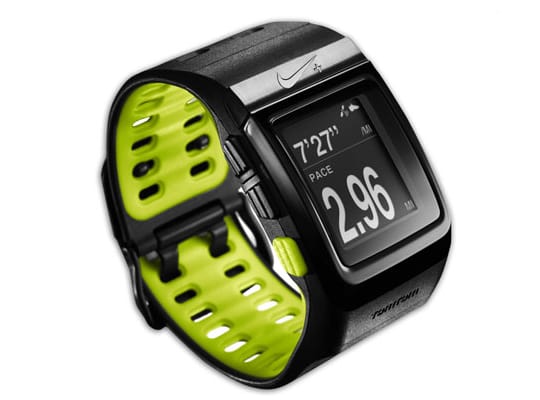 GPS watches seem like a gift from above for runners.

The ability to track time, distance, pace, and more are all built in and let you analyze them all against previous runs with the help of a computer. When you want to know how much you have truly improved this is one of the most beneficial things you can keep track of.

In fact, while your results can vary with different options, a large number of models will never be able to be 100% accurate. The New York Times recently discovered just how wrong they can be. We’ll take a look at the whole picture, though, before you make a decision.

Using Google Maps as a guide, a writer for the NYT did a series of tests. In the initial test he found that, while Google reported a 6.5 mile distance, his watch only recorded 6 (but this is clearly a VERY extreme example). That isn’t a big deal if you are driving to your vacation destination, but when you are training for your next marathon it is the difference between success and collapsing just short of the finish.

Some just attribute this to expecting too much. Cutting corner after corner can add up to .5 miles I suppose, but a GPS watch should be designed to give you as accurate of a measurement as possible. Measuring inaccurately can be the difference between feeling utter bliss at your new PR and feeling like giving up because you ran slower than you ever have before.

Another researcher found that runners in an ultra marathon consistently complained about incorrect course measurements. Preparing for a 50k and thinking you ran even a little bit farther can be a big psychological hurdle. The ultra marathon location might give us a clue to the problem, though, since a wooded area can sometimes block a GPS signal from reaching a satellite in time, or at all. Some runners have said that their watch recorded them running at up to 40mph for a couple of minutes!

Are They Worth Buying, Then?

To be honest, I believe that they are still a great tool, although they are not one that should be trusted as the gospel. You should consider your location, for starters. If you live in a clear area that doesn’t have anything that should interfere with satellite reception, you may have nothing to worry about. Many people claim that their watch measures within 10ft when they are in a non wooded, mountain free area. This seems to be the primary cause of trouble. Bouncing GPS signals around can cause a host of problems when measuring distance, which would explain every problem that has been reported.

At the end of the day, GPS watches really are a great choice for runners. Many runners who use them on a regular basis claim to have about +/- 1% accuracy. Real world evidence shows that as long as you buy a quality one, you will be fine.

As for which ones to buy, the issue is a little complicated. There are plenty of options, sure, but as we’ve learned, there aren’t many that are 100% accurate. On the whole, however, Garmin watches seem to be highly recommended. Nike also makes an option that uses TomTom GPS systems, which people trust for their car directions without complaints.

Take a look at reviews of the one you look at before you buy and you will more than likely be just fine.

This article was written by a guest author, James S. for RunnersGoal.com.