Running is an excellent exercise for both your physical health and mental well being, especially when you’re running in the cold breeze of the early morning!

However, in some cases, running can be an issue.

We’re not talking here about an injury or lack of motivation, but we’re talking about the daunting feeling of diarrhea while on the run!

Running with diarrhea can actually happen for various reasons. In fact, one of these reasons is a specific condition known as “runner diarrhea”.

If you want to know more about this nightmarish problem and what you should do about it, this article has got you covered. So without further ado, let’s dive right in!

Why Do Some Runners Suffer From Diarrhea While Running?

There are plenty of reasons why some runners end up suffering from diarrhea while running. Let’s start by having a quick look at each one of these conditions and how common they are:

This condition is also known as “runners trot” or “runners colitis”, which is one of the most common reasons why runners suffer from diarrhea.

In fact, according to a 1992 study regarding the condition, up to two thirds of all runners within a long distance race had to make a stop due to diarrhea at some point.

The condition mainly affects runners who run for a relatively long distance, around 3 to 5 miles per session.

If you don’t already suffer from diarrhea while not running, runner’s diarrhea is most likely the culprit. In most cases, diarrhea is the main and only symptom of the condition.

However, in a few exceptions, you might also experience some extra symptoms along with diarrhea, such as:

Unfortunately, science and sports medicine are yet to find a fully understandable explanation on why this condition happens, but the previously mentioned symptoms are enough to diagnose it.

However, it’s also found in some studies that patients with any underlying conditions that have diarrhea as a symptom, are more likely to suffer from runner’s diarrhea.

Another way to identify runners diarrhea is by its interval of time. Unlike other conditions, it starts after running for some time and lasts for a few hours and up to a full day after running.

Since doctors don’t understand the condition, there is no direct treatment for runners trot. However, there are some things that you can do to tune down the symptoms or stop them altogether, depending on your body’s response:

One of the easiest ways to help your body overcome the symptoms of diarrhea is through supportive treatments that reduce the symptom.

There are plenty of Over the Counter (OTC) medications for diarrhea that don’t require a doctor’s prescription.

Make sure that you follow the instructions on the pamphlet for the right dosage and avoid consuming them on an empty stomach.

Both of these medications limit the blood flow as well as the electrolytes and fluids into the digestive tract, which ends up hardening the stool and reducing the impact of diarrhea.

2. You Consumed Some Triggering Food Before Running 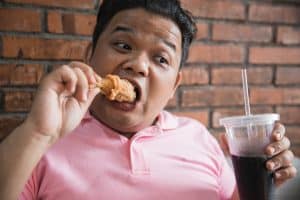 One of the most popular questions that new runners like to ask regarding their training and diet is whether they should eat before or after running. Ideally, the best time for eating is usually after running.

Not only will you make the maximum amount of nutrients from the food this way, but you’ll also avoid triggering your diarrhea for any reason.

For instance, some runners have a pretty sensitive stomach, and running directly after eating can cause stomach cramps or abdominal pain that are accompanied by diarrhea.

Moreover, some types of food are known for naturally triggering diarrhea in general, which can be exacerbated if you already have a mild runner’s diarrhea, such as:

There are also some types of artificial sweeteners that can cause diarrhea when used in excess, such as mannitol, xylitol, and sorbitol, which are common among runners on a diet.

3. You Have a Gastrointestinal Infection

There are plenty of health conditions that have diarrhea as a symptom, whether it’s a primary or a secondary one.

However, one of the most common infections out there is known for causing diarrhea, which is the stomach flu, or as it’s scientifically called “gastroenteritis”.

This infection comes from consuming any infected food, which is usually transmitted by flies when food and drinks are left in the open.

Gastroenteritis is a wide range of infections that all lead to the inflammation of the lining of the digestive system, which can happen due to different types of viruses and bacteria.

When it comes to diarrhea, viral gastroenteritis is a much more common issue. In that case, the diarrhea is more severe and watery, which makes it very different to hold the loose stool.

Other symptoms usually include fatigue, abdominal cramps, vomiting, and headache. Luckily, gastroenteritis usually goes on its own, although your doctor may prescribe an antibiotic and other supportive treatments to prevent dehydration.

In addition to that, some conditions might present diarrhea as the main symptom depending on the food consumed, such as food poisoning.

4. You Have a Bowel Disease 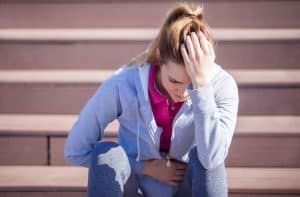 In addition to digestive tract infections, there are also several bowel conditions that present diarrhea as a symptom. These include irritable bowel syndrome (IBS), which affects 10 to 15% of all adults in the U.S.

Additionally, there’s another condition called inflammatory bowel disease (IBD), which can either be ulcerative colitis or Crohn’s disease.

In both cases, if you’re diagnosed with one of these symptoms, you’ll typically suffer from episodes of chronic diarrhea that increases while running for a long distance.

As previously mentioned, many of these conditions can also cause runners diarrhea. In that case, medications used to treat your bowel conditions would also help in reducing the risk of suffering from diarrhea after a long run.

Should You Run If You Already Have Diarrhea?

Ideally, stopping is the best way to avoid suffering from an intense episode of runners diarrhea. For that reason, it’s always recommended that you take a break if symptoms of diarrhea start developing when you’re running.

Some runners also assess whether they should keep on running depending on the severity of the diarrhea and the distance that they still have left to run.

In that case, if the diarrhea is mild, you can push on just a little further, especially if it’s a race. However, if you’re only training, or the finish line is still a long way from where you are, it’s always recommended that you abandon the race.

When Should You Visit a Doctor?

It’s generally a good idea to see a doctor in order to receive professional medical help. However, the doctor’s visit becomes crucial in the following cases:

Final Thoughts On Running With Diarrhea

This wraps it up for today’s guide that walks you through everything you need to know about running with diarrhea.

As you can see, this problem can happen for a variety of reasons. These include runner’s diarrhea, which is a condition that affects many runners and triggers an episode of diarrhea during or after running.

In addition to runners diarrhea, there are also various digestive tract issues that can trigger the problem, such as viral gastroenteritis, GI distress, or irritable bowel syndrome.

By following the information provided in this guide, you should see some improvement in your condition. However, it’s always a good idea to consult a doctor if the diarrhea is accompanied by other symptoms.