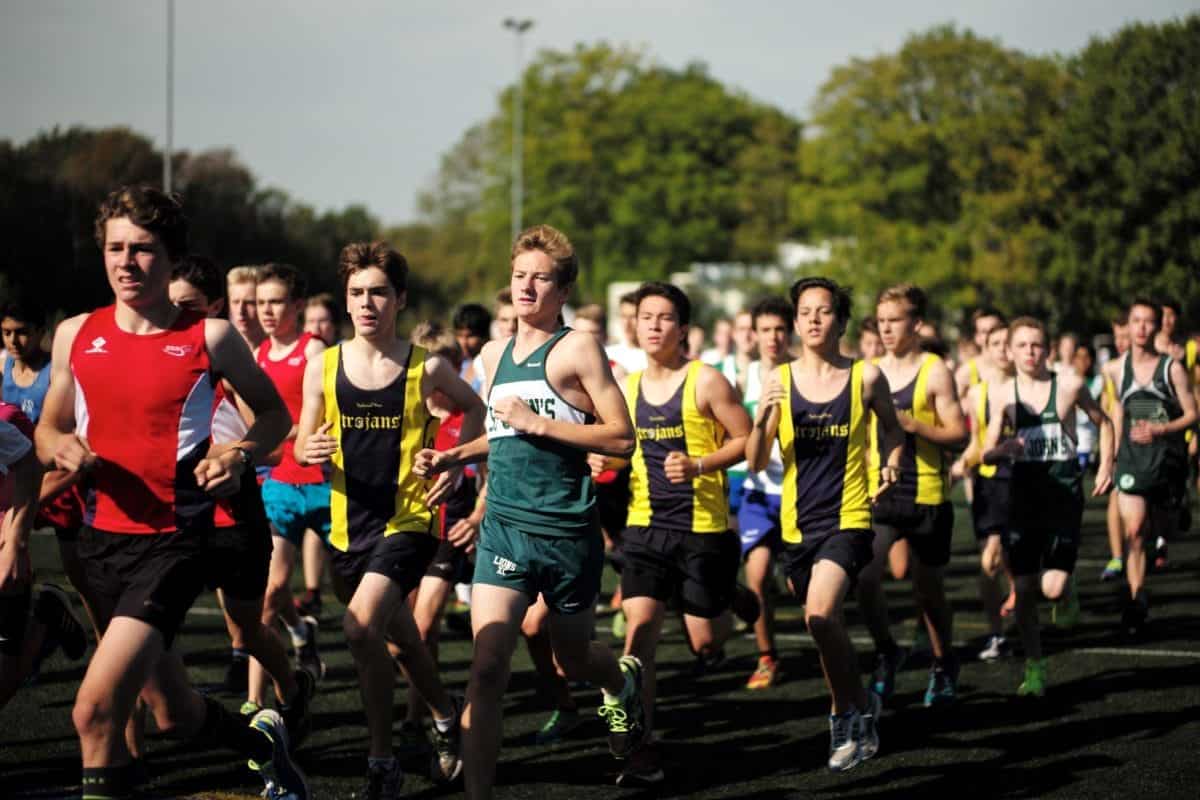 One of the questions that many runners ask, whether they’re competitive or not, is “how long does it take to run a mile?” Since that question is quite critical, in today’s article, we’ll guide you to the answer.

However, these numbers are just average values that will vary greatly depending on various factors. Keep on reading for an in-depth look at the essential aspects and factors that affect your mile run time.

How Long Does it Take to Run a Mile?

The time needed to run a mile can be a bit tricky because there are several factors that can affect your running time.

Not only that, but also because following as little as one running tip can change your running time significantly.

Back in the day, the average time needed to run a mile was calculated based on reports that include a small number of participants. Luckily, with the advancement of technology, we have a lot more data that can help us answer this question!

Strava, one of the most reputable bike and fitness tracking apps out there, records millions of runs from all kinds of runners from beginners to athletes, which allows the app to record an average that takes all the population in mind.

According to a 2015 report by Strava, the average time needed by men in the U.S to run a mile was 9 minutes and 3 seconds (9:03 minute/mile) while females are about a minute slower with an average of about 10 minutes and 21 seconds (10:21 minute/mile).

Factors That Affect The Time Needed to Run a Mile

As we’ve established earlier, your mile pace could be affected by several factors, so you have to keep all these aspects in mind while setting expectations for your running time.

To help you with that, here’s a quick look at the factors that have the most impact on your one mile race time:

The physiological build of humans allows them to go on fast and long runs. However, the endurance of running is heavily dependent on the muscle mass of the individual.

Since males have naturally higher muscle mass than females on average, They’re able to run at a higher speed and for longer distances.

However, at a marathon pace, women can have a higher long term endurance than men. A 2016 study of the participants of a large marathon found that non-elite males are more likely to take a rest or slow down to walking than non-elite females throughout the marathon.

The age of a runner can also have a significant impact on their running speed. Ideally, most marathoners will reach their fastest speeds during their prime years of 18 to 30 years old.

As they get older, the rate of muscle deterioration increases, and general endurance starts to decrease slowly.

So it ends up taking more time to finish the race because you may not be able to sustain the pace throughout the mile.

A tall runner doesn’t have a muscular and physiological advantage over shorter runners. However, the mechanics of running itself might depend on the height of the runner.

When a tall runner starts to pace, the distance between each stride and the other is slightly larger.

Also, in 5K marathons, taller runners have a larger surface area to dissipate the heat, which boosts the level of endurance to run at a higher speed or for longer distances

The speed at which you run the mile varies significantly. For example, it should take you anywhere between 15 to 25 minutes to walk a mile and as little as 6 to 7 minutes to run a mile.

The pace you run at will have a huge impact on how fast you’ll finish the mile. With long breaks, walking a mile might take up to hours.

5. Endurance, and History of Physical Activity

Your fitness level, marathon training, and level of endurance also have a significant role in how fast you can finish a one mile race.

Ideally, new runners will usually score a 10 minute mile at best. However, for an experienced runner, an 8 minute mile would be an easy run!

Lastly, you should know that the altitude, weather, and other environmental conditions can also affect the time at which you can run a mile.

For instance, at higher altitudes, your Vo2 max (amount of oxygen in the blood) will be much lower, which also affects your performance and endurance.

What is the Average Running Speed for One Mile Runs?

Unlike short sprints, running a mile requires deeper knowledge of running economy, which is the ability to adjust your running speed throughout the race in order to finish it in the shortest time possible with minimal compromise in terms of speed.

What is the World Record for Running a Mile?

Since gender has a huge impact on the muscle mass that can affect the total running time, the world record for running a mile is usually documented separately for men and women.

Not only that, but he’s also the current record holder for the fastest outdoor 2,000 meters and 1,500 meter events!

On the other hand, the fastest woman to ever finish a mile was Sifan Hassan of the Netherlands.

She managed to do that in 4 minutes, 12 seconds, and 33 parts of a second (4:12.33) in 2019. This is about a minute slower than El Guerrouj, which is consistent with the average difference between male and female running time.

How Fast Do Elites Run a Mile?

Now that you know more about the factors that affect your mile run time and the fastest man and woman to ever finish it, let’s have a quick look at elites with proper experience and how quickly they pull it off!

Here’s a brief breakdown of the time needed for the top 50% and top 1% runners to finish a one mile race:

The top 50% of runners are those who finish a one mile race faster than 50% of the runners out there, regardless of their level of experience in marathon running.

As for age groups from 35 to 60 years old (post prime), they’re expected to finish a one mile race in around 9:45 minutes for males or 12:03 minutes for females.

If you’re able to run a mile faster than 99% of the world’s population, you’re considered an elite one percenter.

How to Set Your Own Pace While Running a Mile?

If you’re a beginner who wants to set realistic goals and milestones to reach, a good place to start is to be able to finish the mile at a pace that you’re comfortable with.

The next goal should be setting your pace so that you’re able to run a mile faster than the world’s average. This means that you should start with 9 to 10 minutes per mile as an initial goal to beat.

As you advance and gain more experience, you can set the top 50% than the top 1% of your age group as the next goals.

In addition to speed, you should also prioritize planning the distance and how to distribute your energy. It’s also recommended that you incorporate strength training into your exercise in order to have the endurance and muscle mass needed to run faster.

6 Running Tips to Improve Your Time and Pace

No one was born a champion! With time and proper training, you’ll be able to witness a huge advancement in your mileage and running time. Here are some of the best tips that can help speed up this process:

There you have it! A brief guide with everything you need to know how long does it take to run a mile.

As you can see, your level of fitness and endurance has a lot to do with improving your running time. Additionally, the frequency at which you exercise should also be a factor that you keep in mind while estimating an average.

Even if it takes you longer than average to run a mile, with the tips provided above, you’ll be able to improve your time significantly.