I ran the Famous Idaho Potato Marathon, Half-Marathon last Saturday (May 18th).  Despite the fact, that I didn’t perform as well as I was hoping, the event itself was fantastic.

Today, I wanted to provide my thoughts on the event, along with a few other details in case you are looking to run this race yourself in the future. 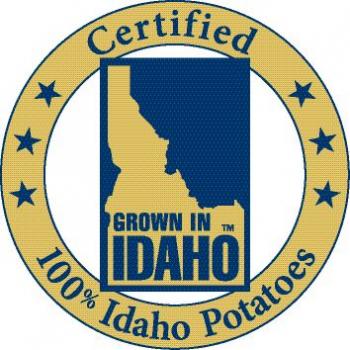 My wife and I traveled from the Tri-cities to Boise, ID the day before the race and attended the expo to pick up our race packets. The expo itself, was actually quite nice because it was outside and the weather was perfect.

The sponsors and race packet pick-up was located behind the Riverside Hotel in Boise.  I don’t remember anything spectacular about the Expo itself other than the usual excitement of seeing all the other runners and checking out the race packets.

However, they did have the 1st Annual Tater-Tot Race that was fun to watch.  I think it was for those 2 and under to race like 25 meters or something.  I believe there were just 2 entrants, and it involved some crying and running away from people.  Fun to watch!

After getting our race gear all set the night before, my wife and I had to get up at about 5am, in order to catch the bus no later than 6am.

And of course I didn’t sleep well the night before the half marathon (as usual); but I especially blame the uncomfortable hotel pillows!  (Hotel to remain nameless).

The bus took us 13 miles up the road to the start line.  At this point the weather was cold, so I wished I had brought my sweatpants and shirt to warm up in.  They had a bag drop, so I could have done this; but I really didn’t think it was going to be that cold…oh well.

And of course, no start line review wouldn’t be complete without a mention of the porta-potty situation.  They had a fair number, but could have used more.  The lines started to get quite long, and they actually delayed the start of the race about 15 minutes – partially due to the long lines.

HOWEVER, I was SUPER happy to discover a “mens” porta-potty that could fit about 5 or 6 guys.  There was basically just an open trough, and it worked very well.  I’d never seen a porta-potty like this, and well, lets just say I used it a few times…and there was no line whatsoever here…sorry ladies!

The race was CHIP-timed, despite some confusing signs saying it was gun-timed; so it didn’t matter where you lined up to start the race.  (Time started when you crossed the start line).

The race began in a parking lot and immediately narrowed and went into another parking lot.  So, the race was slightly congested for the first minute or so, but after that, it was never an issue.

After getting out of the parking lot, we were funneled onto the highway for a couple of miles, and then got onto the Greenbelt path, where we remained until the finish of the race.

I will say that the weather was GREAT for this race.  As mentioned, it started off cool, and pretty much remained that way until the end.  During the last few miles, I did notice the temperature rising, but it likely had no impact on my running.

Because the race was run along the river, the path was lined with trees and shade; so for the most part the sun was not beating down on me directly for long stretches.

However, I will say that by the time the full-marathoners started finishing, the weather was starting to get warmer (but nothing unbearable).  So, if you are going to run the full, you should be aware of this.

The support along the race was sufficient. They had water and Gatorade every 2 miles or so.  I know that they handed out running GEL at a couple of stations, but I don’t remember which ones.  I didn’t take any of the GEL as I had mine with me, so I could take it when ready.

The crowd support along the way was also good.  The people that came out to watch, had the usual signs and cow bells…ready to motivate.  Its a smaller race (compared to huge marathons), so there are certainly long stretches without lots of people.  And I personally think that’s just fine. 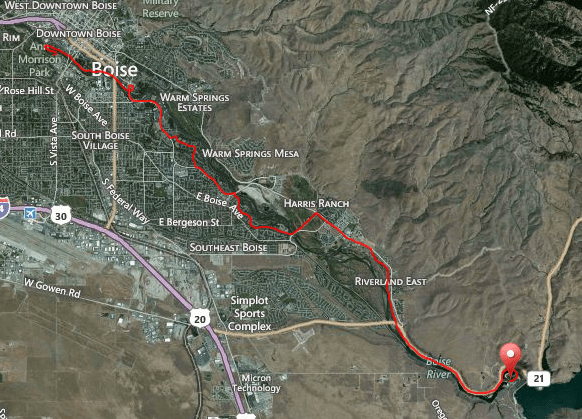 I really liked the course actually.  As mentioned, it was cooler with the shade trees, and running on the Greenbelt most of the way kept it somewhat scenic.

In addition, to the path itself, the elevation changes were great.  This path is a slight downhill most of the way since its following along the river.  I do remember a few short uphills, but they were very short and nothing worth worrying about.

Here’s a quick map of the elevation change according to my GPS watch:

I actually really like how this race finished.  The finish is at Ann Morrison Park, and the course gives you a chance to wrap around the park and then turn into the finish.  This gives lots of room for the crowd to cheer on and watch the finishers as they come in.

From a runner’s perspective, its always nice to see the finish line no matter what, but its even better when its lined with crowd support.

(If you are interested in my race time and how this race went for me, read about that here).

Along with the medal around the neck and a water bottle, racers are sent through the chute to visit the post-race snack or other booths.  Race shirts were also there at the end for all finishers to pick up.

I don’t usually write much about a post race meal…but this race was different!  Like most races, they had bagels, fruit, snack mix, and drinks; but this race is all about the FAMOUS Idaho Potato!

So, they had an entire spread of baked potatoes with all the fixins’!!

Yep, a baked potato is not one of the first things I would think of after a race, but if you participate in a Famous Idaho Marathon you better darn well try the Potatoes!

I loaded my potato up, as did my wife, and I have to say…it was pretty good!  So, if you are looking for a unique post-race “prize”, try out this race.

Overall, this was a very well put together event.  The organizers knew what they were doing and the course, support, weather, and post race meal were all great.

Despite the fact that I personally was wondering whether I should quit running after this half-marathon, that really had nothing to do with the quality of the event.  So, if I am able to lace up my running shoes by this time next year, I could do a lot worse than running the Famous Idaho Potato Half-marathon again.

What are your thoughts?  Did you run the race – what did you experience?  Or do you have any additional questions about the event?  Let me know in the comments below.