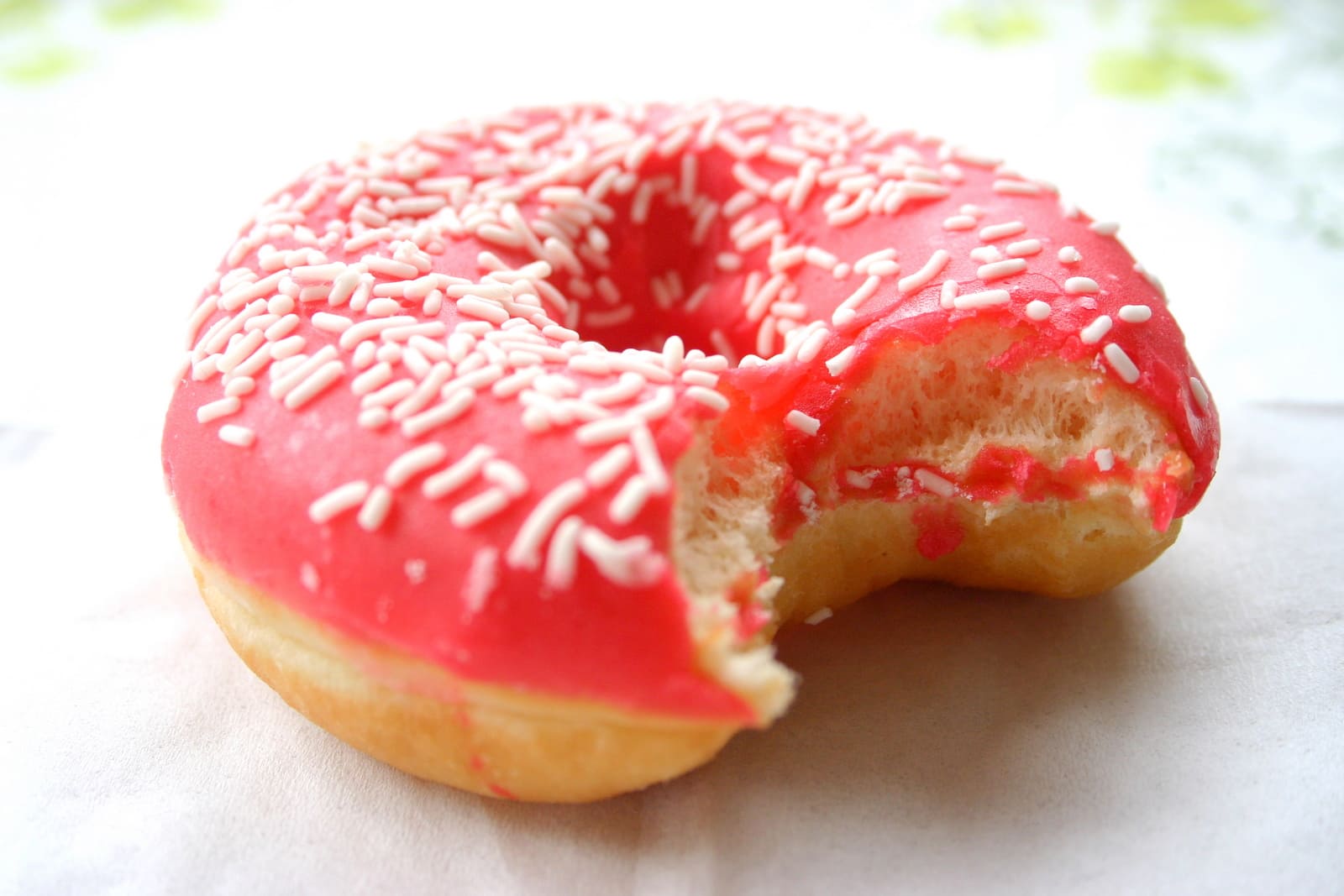 The Craziest Themed Races You should Know

It’s true.  We take running pretty seriously.  Between the DOMS (delayed onset muscle soreness), intricate training plans, and pre-race anxiety (that we subject ourselves to), running has the tendency to become more than just a hobby or fun way to exercise for most people.  It becomes a way of life, therapy, an escape, and an entire identity.  Maybe that’s why we feel the need to lighten up and do fun runs with crazy themes, snacks, and silliness—far from the serious reputation we’ve earned.

Whether you do a fun run to take a break from marathon training, or choose a fun run because it’s a less intimidating way to join a race, here is our list of the craziest themed races!

The Krispy Kreme Challenge makes every list of crazy theme runs for a good reason. It’s not just a costume or a time of day that distinguishes this race from others. Participants attempt to eat Krispy Kreme doughnuts while running—a dozen doughnuts over five miles.  I doubt that I could eat a dozen donuts in a day, let alone an hour, with running! The race site notes that the challenge started “as a dare between a few NC State undergraduate students” and has become a strong tradition at North Carolina State University.  The best part?  The race proceeds benefit North Carolina Children’s Hospital. This one is going on my bucket list.

Along the foody lines of the Krispy Kreme Challenge is the Twinkie Run, another hilarious snack run that also goes to a good cause.  In Ann Arbor, MI every April Fool’s Day, Active Against ALS (Lou Gehrig’s Disease) holds a 5k with Twinkies everywhere!  Plus, they feature a host of homemade Twinkies that are everything from traditional to experimental, and certainly worth the 3.1.

The Hot Chocolate Run started in Chicago, but now happens in several cities.  It is known as America’s Sweetest Race, and I can’t argue with that.  The race happens in early November and features a 15k and a 5k where runners can simultaneously grab a couple miles and a whole course of chocolates.  It may not be as crazy as some of the other themes, but the people who run the race are die-hard fans who swear by the sweet stuff, and keep coming back for more.

The renegade group known as New York Rogue Runners has more than one race that I have to mention.  I had heard of the New York Hotdog Challenge, but found that the group’s entire purpose is entirely unique.  “A branch of the larger Runner Army, the New York Rogue Runners represent a group of area runners who wish to create their own unique races and prizes.  We don’t have race fees.  And our races are unconventional.”  What’s unconventional about them?  Well, the Galway Bay Gallop requires participants to “imbibe one alcoholic drink before pursuing to the next ‘aid’ station.”  But there’s more!

The Dizzy Bat Race involves runners spinning ten times around a bat with their head down on it, and then running the bases.  “Vomiting is permitted; straying into the infield is not.”  You have to check out the race list for yourself, and if you find yourself in New York City for one of these runs, you have to participate!

I was a running newbie when I first heard of the Undie Run.  All I knew is that people ran in their underwear, and I thought to myself that there was no way I would ever do that.  I have totally changed my mind about this now!  Everyone talks about how incredibly fun it is, and when else will you have an excuse to run in your underwear?  The race boasts over 70 affiliate runs happening all over the US, so put on some bloomers and find a race near you.

Most runners have had one of those runs that just feels like you’re running in circles, seeing the same course again and again.  When will it end!?  Well, if you run the Groundhog Marathon, it ends after six revolutions of the 4.4 mile loop.  Oh, and it happens in February in Michigan, so there will be snow (probably a lot of it).  You might wonder why in the world anyone would do such a crazy race, but it’s pretty easy to understand.  First, it’s totally about bragging rights.  Doing any distance in the snow is like doing twice that distance in nice weather, so basically consider this an ultra.  Second, it’s February in Michigan, so you don’t really have anything else to do.  Finally, it’s a totally different experience for a run.  You never feel alone, even if you’re usually at the end of the line for a run, you’ll feel like part of the group because everyone runs the loop.  So if you’re near Grand Rapids on February 2nd and you need to get in a nice brisk marathon (or half marathon), don’t miss the Groundhog Marathon!

Almost as crazy as running a marathon in the snow is running any distance in Minnesota in the winter.  The Freeze Yer Gizzard 5k and 10k get an honorable mention for frigidity and craziness! I mean, just look at the poor people in these pictures.  They look like runcicles!

The Ice Marathon and 100k

Wait wait wait.  Speaking of chilliest races, there is a marathon that happens on Antarctica?  “80 Degrees South, just a few hundred miles from the South Pole at the foot of the Ellsworth Mountains” is the Ice Marathon and 100k.  Wow. I will never complain about a run being too cold ever again!

And finally, this wouldn’t be a complete list if I didn’t include the Santa Speedo Run in Boston.  Another race that encourages runners to wear next to nothing, this crazy themed race happens in December and features plenty of Speedos and undies.  It has the added benefit of being Christmas-themed, and of course being darn cold.  BRR!

There are so many more crazy themed races out there.  What are your favorite crazy themed races?  Sometimes, the smaller races without websites and without a big reputation slip through the cracks, so make sure to comment with your hometown runs that may not have made the list!