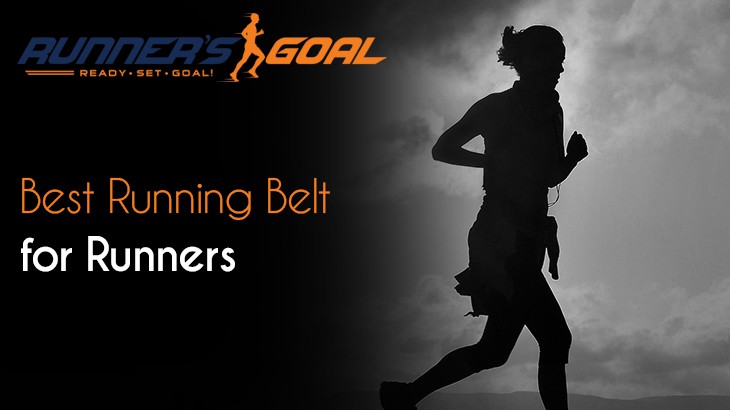 Batman had his utility belt to hold all his gadgets. Likewise, if you’re expecting to perform like a superhero out there on your runs, you need your hands free. You can’t be juggling keys or energy gel packets.

That’s where finding the best running belt to suit your needs will come in handy. You’ll be able to run without a care in the world, knowing anything you need is within reach.

Do I Have to Have a Belt?

It’s not a requirement for runners, but it’s a good idea. I ran for about a year without a belt before I finally decided I should spring for one. I was tired of relying on my friends standing at the finish line to hold my keys, and on my longer runs, I hated carrying my energy gel packets in my hands.

After I bought my first belt, I wondered why I waited so long. It’s made my runs more enjoyable.

When looking for a running belt that will work best for you, you’ll want to make sure it meets all the requirements you’ll need it to. Here are some of the things you should consider when buying a belt.

It can be hard enough to psych yourself up for going out on a run some days. You don’t want to make it harder by wearing something that’s uncomfortable. If your belt is riding up on you or sagging downward when running, it isn’t the best choice for you.

The best belts barely even let you know they are there until you need something. You really should be able to forget you’re even wearing them and concentrate solely on your run instead. Miles already feel long enough without dealing with an uncomfortably fitting belt.

Does It Fit You Well?

You want your belt to fit you snugly so there’s not a lot of annoying bouncing going on. But you don’t want it to be so tight that it feels like you’re encased in concrete or gives you the appearance of having a serious muffin top.

That’s where you’ll have to do your research before buying a belt. Some come in only one size, while others are adjustable. Make sure you’re getting the type you like before you buy.

You need a belt with enough space that you’re able to easily fit all your essentials while you’re on a run, like your car key, chapstick, energy gel, and a few tissues.

But you don’t want one that’s too bulky or heavy because it’ll interfere with your run.

Will It Secure Your Possessions?

If you’re wearing a running belt, you have to be able to rely on it to keep your stuff secure. There’s no point in wearing a belt if it can’t keep your items in place.

You don’t want to finish a half marathon only to find out your car key has dropped out somewhere in the past 13.1 miles.

Another thing you’ll want to check out is whether your items shift around when you’re wearing the belt.

If your belt has a tubular design, it means there aren’t any pockets per se, but a hole in the belt fabric where you can stuff your possessions. Some tubular belts do a great job at holding those possessions firmly in place, while others have a fair amount of shifting.

Does It Meet Your Fashion Standards?

Running isn’t a fashion show, but there’s no reason to look ridiculous out there. If you feel self-conscious about your belt, you won’t be able to keep your head in the game come race time.

Most running clothes are so bright it can hurt to look at them if you aren’t wearing sunglasses. With all those bright neon colors you’re rocking, you might not want to add one more loud color into the mix, especially if it won’t go with most of your running wardrobe.

You might want to consider a basic black belt or a neutral-colored one that doesn’t clash with all the bright colors of your running clothes.

Will It Hold Up Use After Use?

You’re going to be logging a lot of miles with this belt. And once you find the perfect belt, you won’t want to replace it. You’ll need to find one that will hold up to that kind of punishment and repeated usage.

And since runners have been known to break a sweat in the name of their hobby, you’ll need to find one that won’t fall apart when it comes time to wash it.

Too many runners die each year from being hit by vehicles while they are working out. A reflective belt may be an added safety feature that might help you avoid becoming one of those statistics.

Some FlipBelts come without zippers, but I like that this model offers a zipper. I feel better knowing there’s a secure compartment for things like my phone and my car keys.

The SpartaBelt looks like a hybrid of a sleeker running belt and a fanny pack. It may not be as cool looking as the FlipBelt, but what it lacks in appearance, it makes up for in performance.

You’ll be able to run confidently with the Foot Forward Running Belt, knowing your items are well protected at your waist. Plus, you’ll never have to worry about dropping your phone again on a run.

Whoever designed this running belt was thinking outside the box. There’s no pesky strap on this belt — it’s held in place on your waistband with the help of magnets.

You can confidently wear the SPIbelt, which is made of Spandex, without fear of chafing. It won’t bounce around or ride up. Instead of fiddling with your belt, you’ll be able to concentrate on your run.

The SPIbelt gives the other running belts a run for their money. It’s our favorite because it comes in many colors, and is super discreet. You can wear one under your shirt and no one will know it is there.

Although they aren’t reflective, you can make up for that fact by having reflective stripes on your clothes instead.

They won’t ride up during your run, and the zipper on the pouch gives all the security you’ll need. The fact that these can fit larger phones is one of the reasons these belts are at the top of the list.