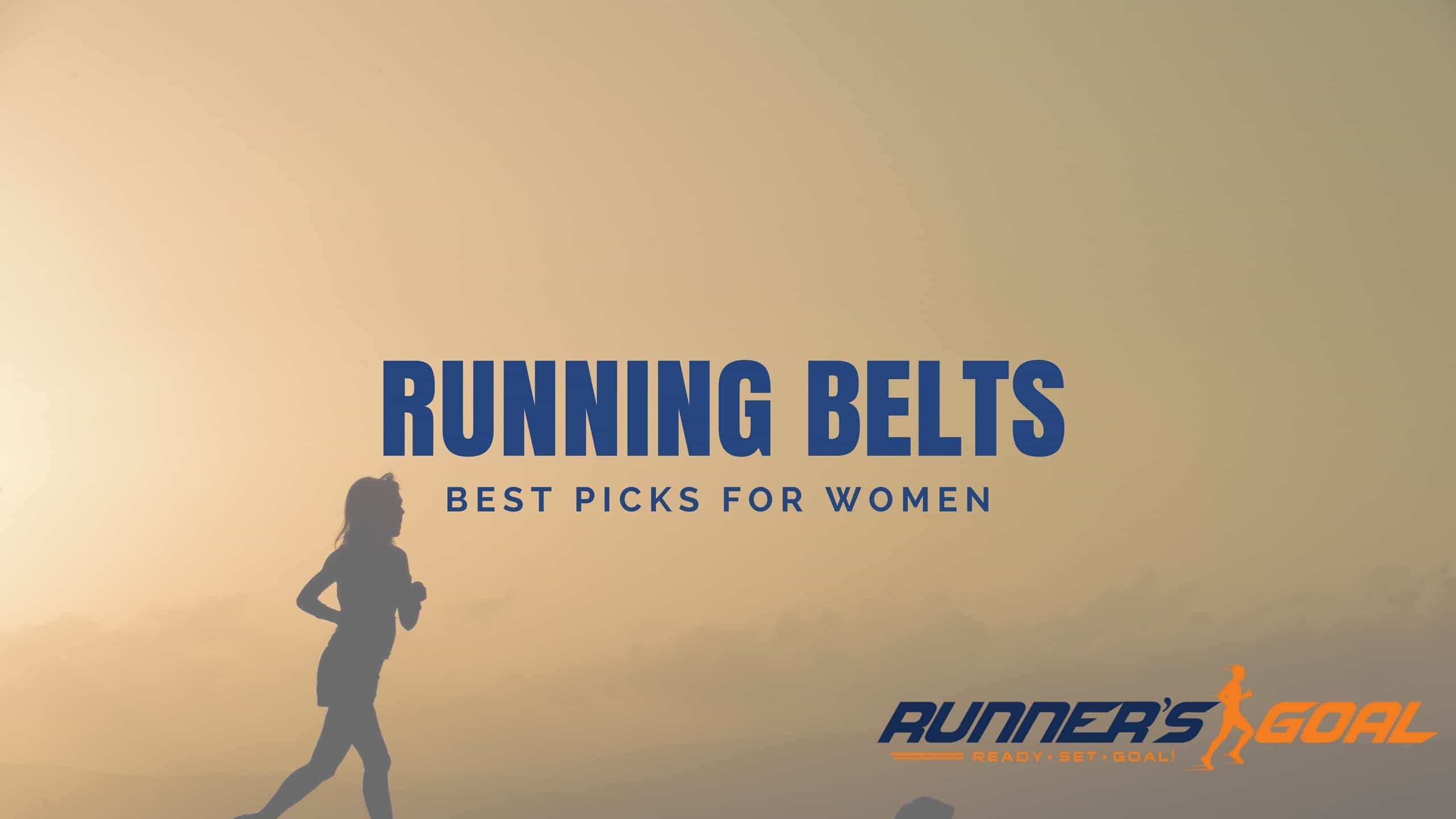 To make sure you have everything you need at your disposal when you’re running, you should have a good belt. But some belts are uncomfortable or too bulky on a woman’s body. Women have different body types than men do, after all, so this guide will help you find the best running belt for women.

Why Do I Need a Running Belt?

As much as we’d all like to envision running as a freeing experience in which nothing anchors us down, where it’s just us and the open road, that’s not usually how it goes. It’s you, the road, your house keys, your chapstick, your energy gels, and anything else you need for your journey. There’s a lot of stuff to carry with you, especially on longer runs.

That’s where a belt proves useful. Instead of trying to carry everything in your hands, it’s much more comfortable to stick it in a belt. I should know because I used to try to run while carrying my keys in my hand. At the end of a run, my hand looked like the hand on a mini Lego figure — it was stuck in one position after cramping up from holding my keys for so long.

Even worse than discomfort is that running with items in your hands can lead to poor form, which can leave runners susceptible to injuries. Running is a sport that already has a high rate of injuries––we don’t need any additional factors causing more.

Not only was it uncomfortable and potentially dangerous, it was sucking the joy out of my run. Once I researched running belts and finally picked one out, I felt freer on my runs than I ever had because my hands were empty and I could barely tell I was wearing a belt.

Is Any Running Belt Good Enough for a Woman?

You shouldn’t just grab the first running belt you see and assume it will work for a woman’s body.

We may be biased about that because we’re a bit picky when it comes to running belts––we’ve even recently released our own belt, the Beam Belt. Because we have had a hard time in the past finding running belts that cover all the basics we like to see, we decided to develop our own.

So we know a good thing when we see it. And we also know what doesn’t work. Women typically have smaller frames than men do. Because we’re not generally as tall or bulky, we don’t need a big belt that’s going to swallow up our midsection.

We’d like something a bit smaller that will complement our frames, not overshadow them.

And where most men have straight lines, we have curves. Those curves in the hip area can make wearing a running belt particularly challenging. Belts tend to ride up on us because of our curves.

What Should I Look For in a Women’s Running Belt?

Finding the right blend of features for a women’s running belt isn’t complicated as long as you know what to look for. Here are some of the features you’ll want to see in any belt you consider.

The original FlipBelt is a great belt, but this one is an improvement. It has a zipper so your belongings stay even more secure than they would with the original. Plus, this one is half an inch wider, which helps bigger items, like phones, fit better.

If you’re a big fan of barely noticeable belts, you might like this one. It is so thin and lightweight that you’ll hardly remember it’s there. You can wear it underneath your shirt or over it.

If your budget is a big concern and you need to find a quality belt for as low of a price as you can, you should check out this one.

This is another highly affordable running belt for people who don’t want to spend too much. It’s a bigger option than some of the others on the list, but it’s so form fitting it looks more like a superhero belt than a fanny pack.

If you don’t mind giving up the sleek look of some of the other running belts on this list so you can have one with thicker pockets that will hold up longer than some of the thinner ones will, you might want to consider this belt.

It’s a well-made belt that has a lot of longevity, but it is more noticeable than some of the others.

I’m a big fan of the zippered FlipBelt, but I’d recommend the Sport2People running belt over the FlipBelt. One of the most attractive things about this belt is the low price, but it also offers a lot of great features.

Your items will be easier to access than they are on the FlipBelt, plus the material is waterproof, which gives you extra peace of mind. I also like the reflectivity on the belt and the earbuds portal.