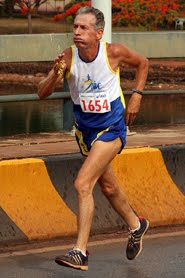 People worry about age a great deal. There are people who constantly feel like they are either too young to train properly or too old  to be able to withstand the damage that is possible during a marathon. The answer of the best age isn’t set in stone and is actually hard to pin down in most cases.

The perfect age depends on the person, but most runners in the peak of their career fall somewhere in their middle twenties to early thirties. This is outside of the young gun kind of performance that many younger runners hope to benefit from, but years of training really does make sure that runners are in their peak level of performance.

A large number of the top runners are right around 35 years old.

This is before the aging has a chance to take a toll on aerobic performance, but late enough in the game that your body can use the training years that you have put into it.

Most marathon world records were set by people in this age range and most marathons end with a winner from this age range. This age doesn’t mean you will automatically have an advantage, but it does mean that your body is in the prime range for training.

Does that mean that this is the only age that should run marathons?

Can You Be Too Old?

There are always outliers with any group. Ed Whitlock, for example, is 82 years old and runs marathons and sets records for his age group time and again. The problem for most people in this age group, however, is that aerobic capacity continues to decrease as your body ages. There is no avoiding it.

Training can help a great deal, but it can’t make up for a natural problem with aerobic work. Just as some people have a genetic advantage when it comes to any type of running, marathon runners come from a variety of backgrounds that allow them to outshine others, even when the odds are against them.

The other concern is that as your body ages your muscles and bones can become much weaker. Even if you feel that you have the lung power to make it through a marathon, your bones and joints might have other ideas. Your body loses the ability to produce cells faster than it loses them, causing problems in all aspects of life, but making running dangerous in some cases.

Recovery is the primary problem that is first noticed, however. You might make it through the marathon, but you will have a hard time recovering from it.

When Should You Run Marathons?

No matter what age, if you know your body and think that you are ready, it is always the perfect age to run a marathon. No one can tell you the perfect age to run, but there are certain factors that you have to be aware of. Aerobic capacity and bone density are vital parts of running marathons, but no matter what age you are it is a huge accomplishment and something worth attempting.

This article was written for RunnersGoal.com by James S., a guest author