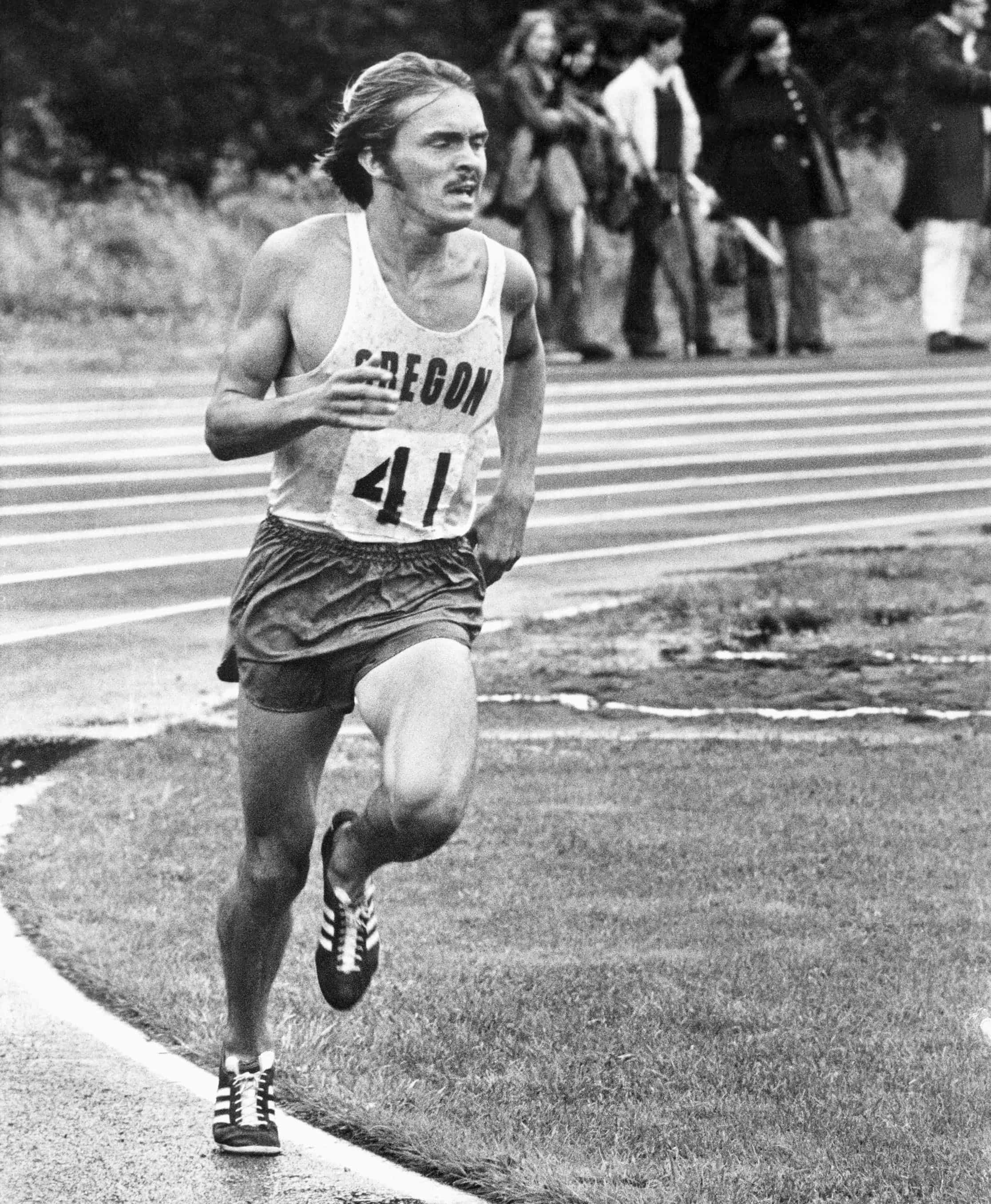 “You have to wonder at times what you’re doing out there. Over the years, I’ve given myself a thousand reasons to keep running, but it always comes back to where it started. It comes down to self-satisfaction and a sense of achievement.” –Steve Prefontaine

Steve “Pre” Prefontaine has been called the greatest American distance runner in history, a legend, unstoppable, a phenomenon, and a hero. His running career helped kick off a new era of running in the US, sparking a boom of running in the 1970s. He was one of the best-known athletes in the country, and perhaps still the most well-known Oregon athlete. In his time, Pre set American records in every race from 2,000 to 10,000 meters, and won 120 of the 153 races he ran.

Unlike many athletes who have built a following, Pre became more than a celebrity. He became an icon of running—rare status for anyone, let alone a runner. He achieved at a time when running was different, and in just a handful of years, he made such a large impact that he continues to be studied, researched, and talked about nearly 40 years later.

Steve Prefontaine was born January 25, 1951 in Coos Bay, Oregon (described by some as “nowheresville”). Though he was born and raised like any other person, something about Pre was different.

The reason we know Pre and remember his achievements still is because he came from these humble beginnings, but was destined to win because he decided that victory was his fate. “Steve knew he didn’t have the speed or the talent of some other runners, yet he willed himself to be great,” says Linda Prefontaine, Steve’s sister. “If other runners were going to beat him, Pre once said, They are going to have to bleed to do it.”

From the National Distance Running Hall of Fame: “At the end of his four years at the University of Oregon, Pre racked up seven NCAA titles: three in cross-country, ’70, ’71, ’73; and four in the three-mile in track, ’70, ’71, ’72 and ’73. Pre was the first athlete to win four consecutive NCAA track titles in the same event. He held eight collegiate records and his three-mile and six-mile records are still standing today. During his career he broke his own or other American records 14 different times.” 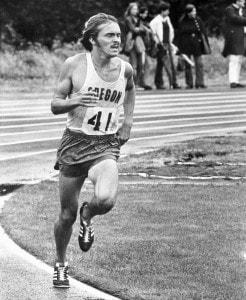 Pre disregarded conventional wisdom for running strategy and followed his own plans instead. His tactic was not a trick or a gimmick at all—he simply ran as hard as he could from start to finish. He did not pace himself, and he did not save his energy for the final stretch. Biography tells more: “It was while at the University of Oregon that Prefontaine earned a reputation for his aggressive front-running racing style, going out hard and not relinquishing the lead. He soon became a legend not only in his native Oregon, but nationwide, appearing on the cover of Sports Illustrated at age 19.” People were immediately inspired by his style because he gave the message that you can give it your all from start to finish and never let up. Plus, he was smaller than the rest. He was the underdog, and yet he won races and set records time and time again.

“Some people create with words, or with music, or with a brush and paints. I like to make something beautiful when I run. I like to make people stop and say, “I’ve never seen anyone run like that before.” It’s more than just a race, it’s a style. It’s doing something better than anyone else. It’s being creative.” –Steve Prefontaine

At Runner’s World, Michael Heald talks about the influence Pre had, and still has, on Michael’s life. “Pre brought the same urgent swagger to distance running that Muhammad Ali brought to boxing. When Pre talked about running, he made it sound more macho than football, more illuminating than poetry.” Countless runners have been inspired by the story of Pre. Beginners and elite athletes alike have kept his spirit and legend alive because they have “fallen under the spell” of Pre at one point or another, and continue to be in awe of the words of a young runner. “He was so much smaller than the rest of them,” Heald recalls. “So much more alive.”

Steve Prefontaine’s allure comes from this attitude that he had of being just a guy who would do whatever it took to win. Pre’s legend lives on because his life has been made into movies, included in books, has inspired Nike, and because he tragically died at a young age. His star burned brightly and was gone too soon. On May 30, 1975, Pre died in a car accident in Eugene, but what the running community was left with was the epic story of a young man who was nothing but the best.

As the legend of Pre persists, current athletes and those who attempt to break his records pay their respects to his hard work. He is remembered in books and movies, races, at his memorial, and every time someone finds his words and is inspired to run because of them. Even those who have broken his records through will, hard work, and determination don’t believe they deserve to be among the same ranks as Pre. In 2012, Galen Rupp beat Pre’s 5,000 meter record by less than two-tenths of a second. Rupp said, “To hear I got the record, that’s unreal…Anytime you’re mentioned in the same breath as Steve Prefontaine, it’s a huge compliment.”

“A lot of people run a race to see who is fastest. I run to see who has the most guts, who can punish himself into exhausting pace, and then at the end, punish himself even more. Nobody is going to win a 5,000 meter race after running an easy 2 miles. Not with me. If I lose forcing the pace all the way, well, at least I can live with myself.” –Steve Prefontaine

This article was written for RunnersGoal.com by Adrienne A., a guest author